A State of Growth

Under Governor Cuomo’s leadership, New York’s economy is in a state of growth. Since 2011, the unemployment rate has declined in every region of the state, and New York now has 8 million private sector jobs, more than at any point in state history.

Governor Cuomo has restored fiscal discipline to state government, closing a $10 billion deficit in his first budget, and keeping state spending growth to less than 2% each year. Regional Economic Development Councils empower communities, leading to more investment in Upstate than any at other time in history. The Councils actively support tens of thousands of jobs across the State.

Property taxes are finally under control, keeping communities affordable for homeowners, renters and businesses. Every New Yorker now pays a lower tax rate than they did before the Governor took office.

By the Numbers: Economic Growth in New York 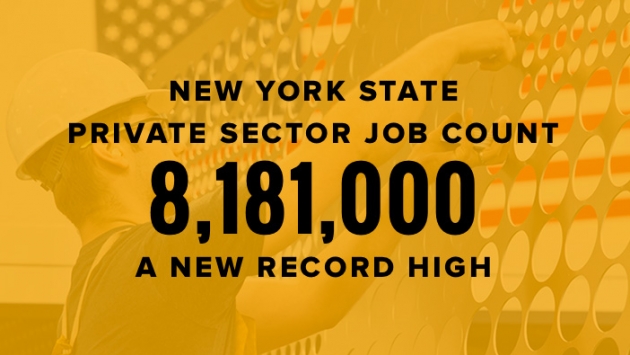 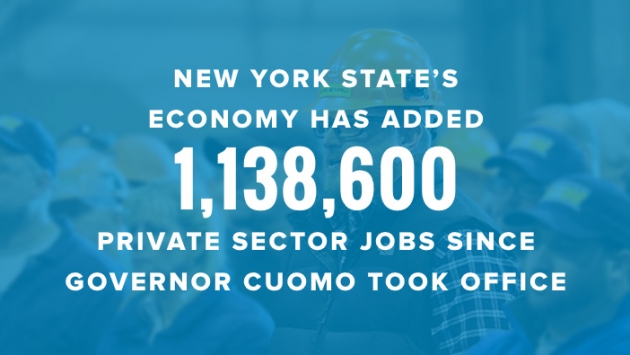 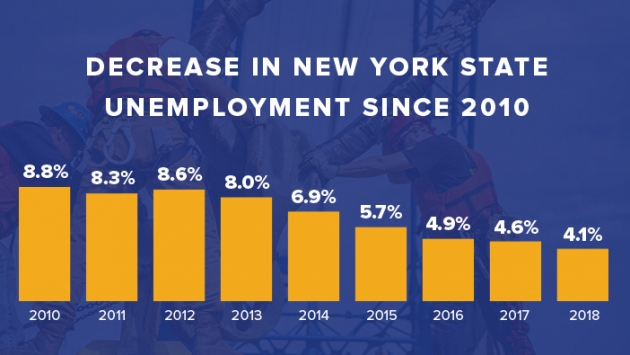 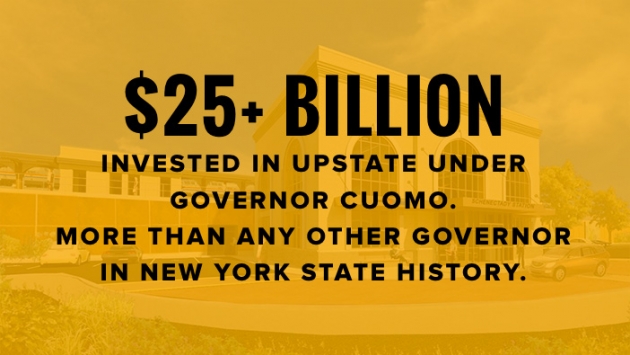 Governor Cuomo has invested more than $25 billion in Upstate New York, more than any other government in state history.

Investing in Infrastructure and Communities

To grow New York's competitiveness in the global economy, we are building today for a better tomorrow with a $100 billion infrastructure plan to build the new NY.

With a bottom-up and community-driven economic development approach, NYS is breathing new life into our Upstate cities and downtown urban districts.

After an extended pattern of flooding along Lake Ontario and St. Lawrence River, Governor Cuomo created the REDI to increase resilience of shoreline communities and bolster economic development.

The 2% Property Tax Cap is Made Permanent
Learn More

Growing Our Tourism and Agriculture Sectors

Governor Cuomo launched Taste NY to support the growth and vitality of NY's food & beverage industry. In 2017, the program saw a $3 million increase in total gross sales over 2016.

To drive economic growth and boost tourism, the State is developing 350 miles of new trail to create a 750-mile pathway for hiking and biking along scenic vistas and charming communities.

Governor Cuomo's $120 million commitment to revitalize the fairgrounds led to record-breaking attendance at the 2018 and 2019 NYS Fair.

Creating Jobs and Growth Opportunities Across the State

High-speed internet is essential for connecting our communities and ensuring that all of New York can compete in the global economy. By 2018, every New Yorker will have access to Broadband.

Since 2011, the NYS Film Tax Credit has generated an estimated $28.2 billion in spending and approximately 1,627,434 new hires in New York State.

With AIM Photonics leading the way, Rochester and the Finger Lakes are now nationally recognized centers of optics, imaging and photonics, with more than 100 companies in the field.

Learn more about what the state is doing to grow the economy and create jobs.