No Hate In Our State

An attack on one of us is an attack on all of us. Sadly, mass casualty and shooting incidents fueled by hate and bias have become the norm across the nation. But Governor Cuomo has made it clear that there is no place for hate in our state and continues to take aggressive steps to ensure all New Yorkers, regardless of race, religion, sexual orientation, or gender identity are free from violence and discrimination.

This year, amid the worst outbreak of anti-Semitic violence in decades, Governor Cuomo is proposing a comprehensive agenda to combat hate, discrimination and all forms of prejudice.

Legislation creates a "domestic act of terrorism motivated by hate" crime as a new A-1 class felony punishable by up to life in prison without parole.
Applies to individuals over 18 that: act with intent to cause death of five or more people; motivated by the intended victims' (actual or perceived) race, color, national origin, ancestry, gender, gender identity, religion, age, disability or sexual orientation; cause the death of at least one person.
Proposal Details

No Hate In Our State Agenda

Governor Cuomo proposes to add a diversity and tolerance curriculum for schools and to expand the Museum of Jewish Heritage at Battery Park City.

Governor Cuomo proposes $2 million in additional resources for the State Police to increase the capacity of the Hate Crimes Task Force.

No Hate In Our State

Add your name to show your solidarity with the victims of recent hate crimes.

Messages From New Yorkers to Victims of Hate Crimes 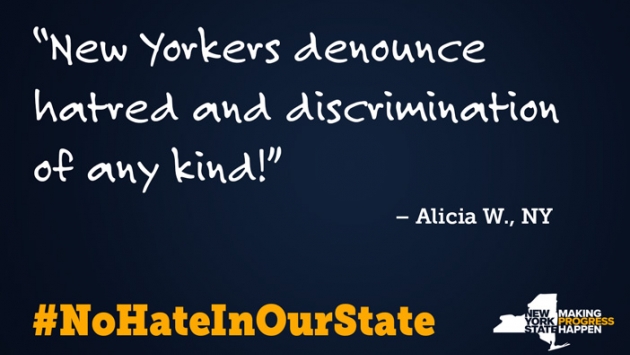 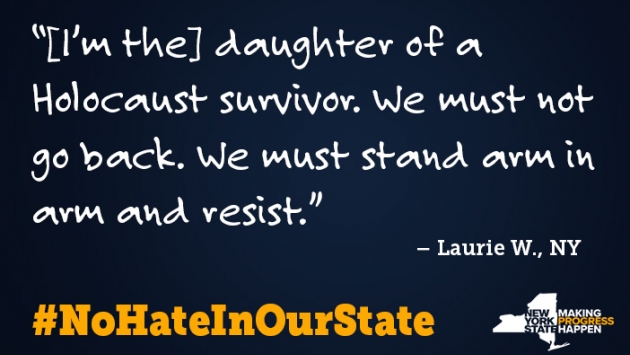 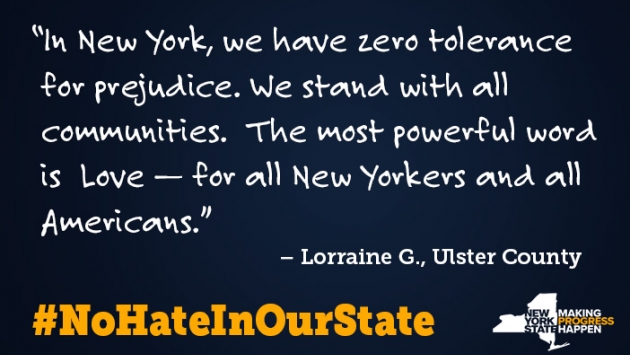 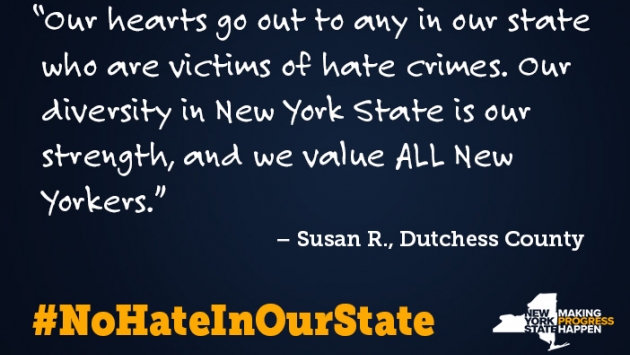 New Yorkers should call 1-877-NO-HATE-NY if they experience bias or discrimination.