Climate change is a reality, and not to address it is gross negligence by government and irresponsible as citizens.

New Yorkers know firsthand the devastating effects of climate change. Over the past ten years, New York State has experienced more extreme weather events than any other time in recent history. Governor Cuomo has taken decisive action to lead the fight against climate change and protect our environment for generations to come.

The Governor also banned single-use plastic bags and styrofoam, and is completing the largest artificial reef expansion in State history.

As the United States now faces an unprecedented reversal of federal climate and energy policy, New York stands ready to work with other regions and states to ensure vital progress on the climate is continued.

The Restore Mother Nature Bond Act was included in the FY 2022 Budget. If approved by the voters in November 2021, it will fund critical environmental restoration projects in every corner of the state to ensure New York is able to withstand the threat of more intense and frequent storms fueled by climate change. Click the button below to learn more.

In 2019, Governor Cuomo passed the nation-leading Climate Act to empower every New Yorker to fight climate change at home, at work, and in their communities.

In response to the White House decision to withdraw from the Paris Climate Agreement, Governors Cuomo, Brown, and Inslee formed a coalition committed to taking action on climate change. 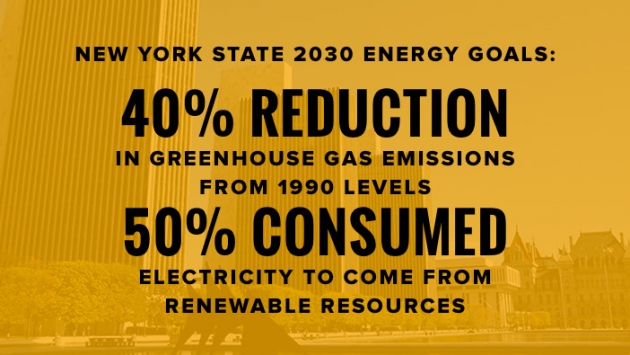 New York State's 2030 energy goals include a 40% reduction in greenhouse gas emissions and 50% consumed electricity to come from renewable resources. 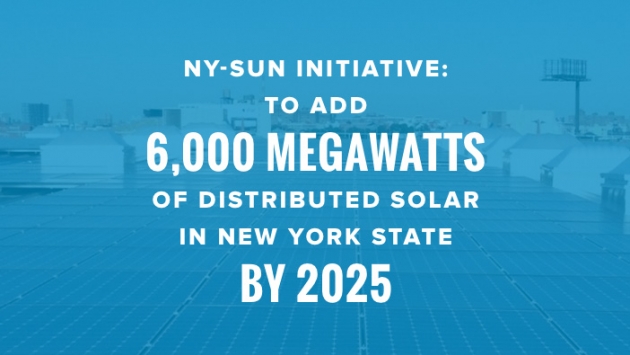 Under the NY-Sun initiative, the goal is to add 6,000 megawatts of distributed solar in New York State by 2025. 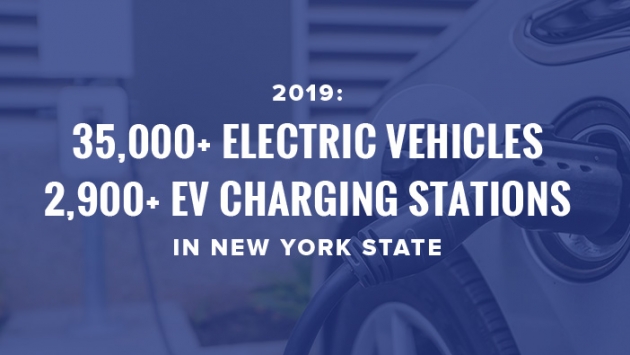 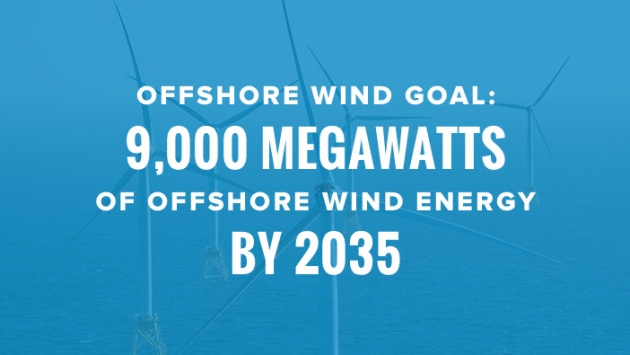 New York State commits, and Governor Cuomo calls on other RGGI states, to lower the RGGI emissions cap by at least an additional 30 percent below 2020 levels by 2030.

Under Charge NY, New York State is making significant investments to improve the development and use of electric vehicles and the necessary technology and infrastructure.

The largest green bank in the U.S. works with partners in the finance community to invest $1 billion in clean energy technologies and projects.

NY-Sun is developing a sustainable, self-sufficient solar industry in the State by incentivizing New Yorkers, businesses, and communities to invest in solar energy.
The Governor’s $1 billion NY-Sun program has grown solar power in New York State by nearly 800% since 2011, and has reduced greenhouse gas emissions by nearly 25%.
The program aims to add more than 3 gigawatts of installed solar capacity in the State by 2023, enough solar energy to power 400,000 homes.
Learn More

The FY 2022 Enacted Budget continues EPF funding at $300 million, the highest level of funding in the program's history.

From the Adirondacks to the Catskills to Long Island, New York has an abundance of natural resources and exquisite open spaces that we must protect for future generations to enjoy.

Stay informed on what Governor Cuomo is doing to preserve our environment for current and future generations of New Yorkers.