Screening is first conducted by the U.S. Customs and Border Patrol (CBP). If a passenger has a recent travel history for any of the three affected countries, a secondary screening of the passenger will be conducted by CBP. If a person coming from any of the three affected countries has a fever or reports exposure to Ebola, the Center for Disease Control (CDC) reviews.

Scenario 1: If a person arrives and has symptoms of the Ebola virus, they will be transported, via medical transportation (in protective gear), to one of the New York City hospitals designated by the State to treat Ebola patients for further evaluation and treatment.

Scenario 2: If a person arrives and had direct contact with people infected with the Ebola virus but is asymptomatic, they will be transported by private vehicle (arranged by the New York State Department of Health or local health department) to their homes where they will be quarantined for 21 days. (For those without homes, other accommodations will be made.) Under quarantine, at least two unannounced visits by local officials (in coordination with state health officials) will be made each day to check the individual’s condition as well as ensure that the individual is complying with the quarantine order.

The New York State Department of Health or local health department will, if needed, coordinate care services such as food and medicine.

Any health care worker returning from one of the affected countries who had been treating patients with the Ebola virus and is sponsored by Doctors Without Borders, typically has their wages paid for three weeks by Doctors Without Borders. For any health care worker whose sponsoring organization does not do this or something similar for their workers, as well as adults who meet New York’s criteria for quarantine, they would be provided financial assistance for 21 days by the state (e.g., cover their rent/mortgage and standard per diem).

Family members would be allowed to stay with the person being quarantined. Friends would also be allowed to visit with the approval of the local health department.

Scenario 3: If a person arrives from one of the affected areas with no symptoms and had no direct contact with anyone infected with the Ebola virus, such cases would be treated on a case-by-case basis. At the minimum the New York State Department of Health or local health department will monitor these individuals twice a day for temperature and other symptoms until the 21 day incubation period is over, but these individuals would not automatically be subject to quarantine. 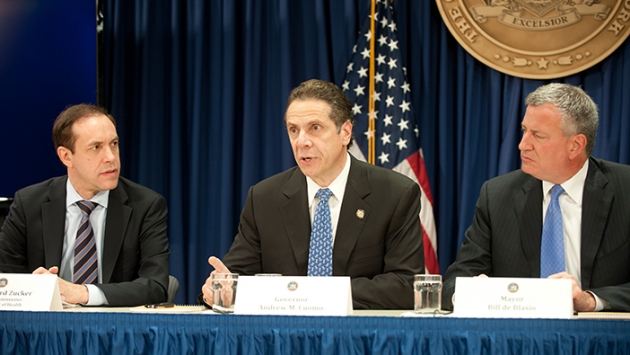 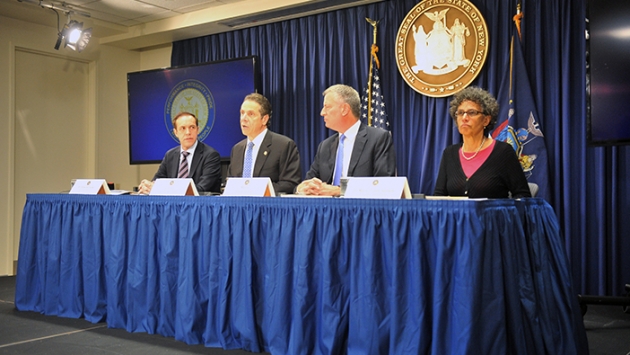