"The property tax remains the most burdensome tax in New York and by challenging local governments to collaborate and create a plan to streamline operations for voter approval, this game-changing initiative will empower communities, cut costs, and reduce property taxes on Long Island and across New York," Governor Cuomo said. "I commend these Long Island leaders for partnering with us and I look forward to working with them and local governments across the state to develop these plans, create efficiencies and provide real relief to New York residents."

The Governor’s proposal empowers municipalities to develop plans that eliminate duplicative services, lower the costs of local governments, and ease the burden on taxpayers. Plans should enhance purchasing power, such as jointly purchasing and coordinating the use of expensive transportation or emergency equipment. The Governor has also committed to match savings achieved by local governments in the first year. These shared service plans will not impact AIM funding included in the FY 2018 Executive Budget for towns, villages and cities.

"We owe it to Long Islanders to do everything in our power to ensure that their hard-earned dollars are spent responsibly. Governor Cuomo's proposal is a common sense plan to promote fiscal responsibility and put more money back into hardworking Long Island taxpayers' pockets," said Suffolk County Executive Steve Bellone. "Without conversations, you can't have consolidation. This plan presents County Executives across the state with a unique opportunity to forge consensus with local governments on the best ways to share services and find efficiencies that will reduce duplicative spending. By collaborating with our local partners and giving voters an opportunity to weigh in on our proposal, we can make local government smarter, stronger, and less costly to taxpayers -- while establishing New York as a national model for government efficiency."

Nassau County Executive Edward P. Mangano said, "Governor Cuomo's property tax cap challenges government to do more with less property taxes. The Governor is now leading the way forward with a new plan to help municipalities come together to reduce waste, share services and find efficiencies. This proposal will find innovative ways to save taxpayer money, while empowering residents to vote on the proposed plan before it's implemented. I support Governor Cuomo for his leadership on this important issue and look forward to our continued partnership in establishing New York as a national model for government efficiency."

"I commend these Long Island leaders for partnering with us and I look forward to working with them and local governments across the state to develop these plans, create efficiencies and provide real relief to New York residents."

Plans will be developed by county executives working together with local government:

Reducing New York’s burdensome property taxes has been a priority of Governor Cuomo and his administration, leading to actions such as the Property Tax Cap and Property Tax Freeze, saving taxpayers more than $17 billion through 2016.

Since 2011, Governor Cuomo has held state spending growth below 1.4 percent, the lowest spending of any Governor since before Nelson Rockefeller. Outstanding debt has also been lowered for the past four years, and the Governor has continued to provide significant mandate relief for counties, towns, villages and cities across the state. These efforts include: 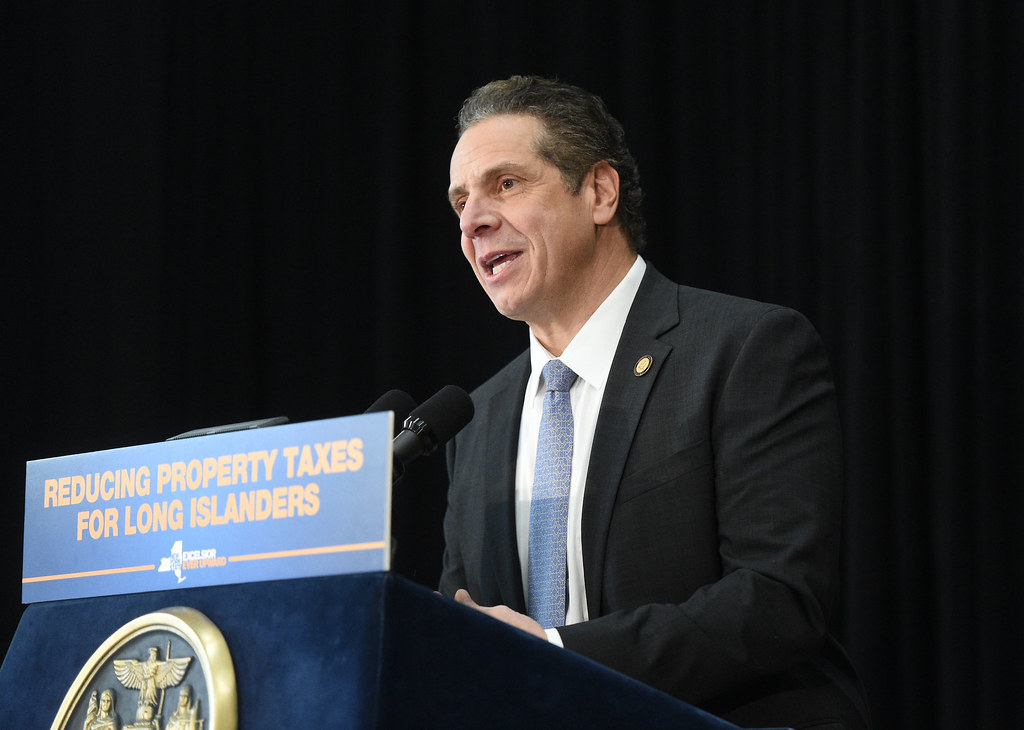 Included in Governor Cuomo's FY 2018 Executive Budget, the shared services proposal will build on mandate relief and local government efficiency programs recently established by the Governor, including the Municipal Restructuring Fund and the Municipal Consolidation and Efficiency Competition. The property tax is the largest tax burden for New Yorkers across the state, with the typical taxpayer paying 2.5 times more in property taxes than in income taxes. Westchester, Nassau and Rockland rank among the five highest counties in the nation for the cost of property taxes, and in terms of property taxes paid as a share of home value, 13 of the 15 highest-taxed counties are in New York, primarily upstate, with Wayne, Monroe and Cattaraugus among the highest in the country.

Though property taxes are controlled by local governments, the Governor has made it a priority to help reduce the burden property taxes for all New Yorkers. The Property Tax Cap is at the center of these efforts, and aided by more than $100 million in State efficiency programs, it has driven local governments to control costs and save the typical homeowner $2,100 through 2016. When combined with the Property Tax Freeze, the Property Tax Cap has saved taxpayers more than $17 billion through 2016.

This initiative builds on local government efficiency programs established earlier by Governor Cuomo, including the Citizens Re-Organization and Empowerment Grant and the Citizens Empowerment Tax Credit. Together they aim to not only empower citizens, but also to give local governments the tools they need to remain compliant with the Property Tax Cap.