At an interfaith breakfast with faith leaders from across the State, Governor Andrew M. Cuomo today announced that up to $5 million in second round census funding will be made available to nonprofits, including faith-based nonprofits, that are participating in the New York State Complete Count Census campaign. The funding will help fund nonprofits in their efforts to reach at-risk and hard-to-count communities and ensure they are counted during the 2020 Census. Applications may be submitted for a thirty day period that ends on March 26; nonprofits can apply for pre-qualification here.

State administration officials hosted a 501(c)(3) boot camp at the conclusion of the interfaith breakfast to help faith-based organizations through the application process for 501(c)(3) tax status, commonly referred to as charitable nonprofits, to ensure they are eligible for the announced Census funding. Organizations that are not interested in applying for 501(c)(3) status will be paired with participating nonprofits in their regions to ensure they have access to this funding and can be fully engaged in the 2020 Census process.

"Faith-based nonprofits have special ties to at-risk and hard-to-count communities, making them invaluable partners in our aggressive efforts to make sure every New Yorker is counted in the 2020 Census," Governor Cuomo said. "This year's Census will determine our State's share of funding and representation at the federal level for the next decade, and these organizations will play a critical role in reaching our most difficult to count communities and helping ensure New York is accurately represented at the federal level."

"I am proud to continue to partner with Governor Cuomo to make certain that every New Yorker is counted during the 2020 Census," Martin Luther King III said. The outcome of this Census will determine whether critical federal funding remains available for programs that disadvantaged New Yorkers rely on every day. With the help of our faith-based partners, we will ensure that even the most hard to reach New Yorkers are counted."

The New York State Complete Census Campaign also hosted a resource fair at the interfaith breakfast to inform nonprofits on State resources that have been made available as part of the campaign. At the resource fair, faith leaders were able to get prequalified for Grants Gateway, which is New York State's online grant application and contract management system, so they can apply for the next round of funding provided for Census outreach efforts. The fair also focused on leadership and messaging strategies to implement, improving digital literacy as the 2020 Census will be available to take online.

Faith-based nonprofits have special ties to at-risk and hard-to-count communities, making them invaluable partners in our aggressive efforts to make sure every New Yorker is counted in the 2020 Census.

Governor Cuomo has already taken several actions to support a complete census count in New York this year. In January, the Governor proposed an additional $10 million in the FY 2021 budget, bringing the State's total committed resources up to $70 million, to ensure a fair and complete count of every New Yorker in the census. The Governor's Census Council, which is co-chaired by Martin Luther King III, Lucy Liu and Lin-Manuel Miranda, is helping to lead the charge to ensure every New Yorker is counted in the upcoming 2020 Census.

Dozens of State agencies and authorities, as well as SUNY and CUNY, are deploying resources and using their ongoing contact with the public to get residents to fill out the Census. These State entities include the Departments of Labor, Motor Vehicles, Agriculture and Markets; the offices of Mental Health, Alcohol and Substance Abuse, and People with Developmental Disabilities; Empire State Development; and the Division of Veterans Affairs, which are conducting outreach and providing Census-related information across their millions of contacts with the public. 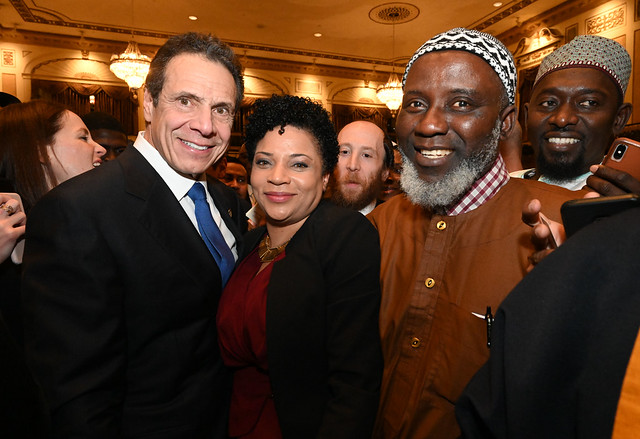 The State's support for the Census count builds on findings and recommendations released in October 2019 by the New York State Complete Count Commission, which held 10 public hearings and reviewed hundreds of comments, expert testimonies and in-depth analysis of previous census results.

The Commission found that the 2020 Census faces unprecedented challenges. For the first time, the Census will be conducted primarily online, and while the Trump Administration failed in its effort to include a citizenship question on the Census, its attempt to do so spread fear among immigrant communities. The Trump administration and Congress have also failed to fully fund Census operations in the years leading up to 2020. As a result of that failure, the Census Bureau has been forced to cut costs, shifting responsibility for on-the-ground work necessary to drive participation in the 2020 Census from the federal government to state and local partners. The number of U.S. Census Bureau field offices in New York has dropped from 35 in 2010 to 21 in 2020. The Census Council will help fill the gap from the federal cuts and inaction.