Governor Andrew M. Cuomo today unveiled the details of the Onondaga Lake Revitalization program that will create economic opportunity in Onondaga County and the Central New York region. In his 2014-15 Executive Budget, the Governor proposed $30 million in state funding to support economic development and infrastructure improvements for the communities surrounding Onondaga Lake, which includes brownfield remediation projects, infrastructure investments to encourage new housing and business opportunities, and enhancements to the Onondaga lakefront that will increase access and provide new recreational opportunities for New Yorkers and visitors. The Governor took a tour today with local elected officials to see the sites of proposed projects in the Village of Solvay firsthand.

This year, we are continuing to focus on the revitalization of Upstate New York by leveraging state resources to spur new economic opportunities and job creation for communities like Onondaga County, Governor Cuomo said. The exciting economic development strategy we are unveiling today for the Onondaga Lake Revitalization program includes building a world-class performance arts center, major infrastructure improvements, and investments in the Village of Solvay. These projects will help boost the local tourism industry and make the area a premier destination to attract new business and enhance the lives of residents growing the whole region of Central New York. I look forward to working with our partners in the Legislature and local government to make this vision a reality.

The first phase of the Onondaga Lake Revitalization program includes projects totaling $100.3 million that would be funded by $30 million from New York State, as well as resources from the federal government and local funds including a portion of Oneida casino payments. These projects include:

Revitalization of Village of Solvay:

Onondaga Creekwalk: $3 million for the completion of the Onondaga Creekwalk, an existing loop along the lake connecting the communities of Liverpool, Solvay, Lakeland and the City of Syracuse. The project is currently 75 percent completed.

Water Taxis in the Inner Harbor:

Onondaga County Executive Joanie Mahoney said, Governor Cuomo continues to show his commitment to revitalizing the Upstate economy. This investment in Solvay and Geddes will bring about real change in our community by allowing jobs to be created and is an example of what we accomplish when we all work together. On behalf of our community I thank Governor Cuomo for supporting us and bringing this significant investment to our community.

Onondaga County Legislature Chair Ryan McMahon said, The Governors investment in Onondaga County is exciting news for the community and the entire region. The revitalization of the communities surrounding Onondaga Lake will create jobs for Central New Yorkers as well as make the area a top destination for tourists to visit and businesses to locate. This will position Onondaga County for growth for years to come. I thank the Governor for his efforts on this important project.

Senator John A. DeFrancisco said, This proposed revitalization project will help bring new life to the western side of Onondaga Lake and to the Geddes and Solvay communities. I applaud the Governor for making an important investment in the future of Central New Yorks economy.

Assemblyman Bill Magnarelli said, Governor Cuomo has stated his commitment to bringing jobs and invigorating the economy of upstate New York. He has demonstrated his commitment through projects like this one in the Solvay/Geddes area of Onondaga County and through his proposed tax relief plans for homeowners and upstate manufacturers in this current budget. I look forward to working with the Governor to accomplish these goals.

Village of Solvay Mayor Ron Benedetti said, It was a pleasure to have Governor Cuomo visit Solvay today and see firsthand the great potential we have here to grow and prosper. The Onondaga Lake Revitalization program includes important components for our village such as building and renovating housing projects and major infrastructure improvements that have been long needed. We are so excited about the Governors commitment to our community and look forward to working with him to move this revitalization project forward.

Town of Geddes Supervisor Manny Falcone said, The Onondaga Lake Revitalization program is a bold plan to spur economic development in our region, and I am very excited that Governor Cuomo is helping to move the project forward. This is a major investment in our community one that will help generate increased tourism revenue and bring new jobs to the region. This is a great example of how state and local governments can work together for the betterment of the region, and I look forward to seeing the shovels in the ground.

Robert Simpson, President & CEO, CenterState CEO, said, The Central New York Regional Economic Development Council identified our region's waterfront as spectacular assets in need of reclamation and reinvestment. Once a dumping ground for industry of a bygone age, Onondaga Lake is being reborn as a true anchor asset for the communities that surround it. Today's announcement continues Governor Cuomo's substantial investments to improve public access to our Lake and leverage the transformative potential of our waterfront. 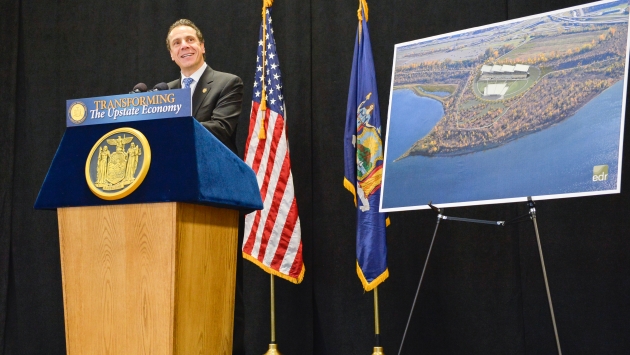 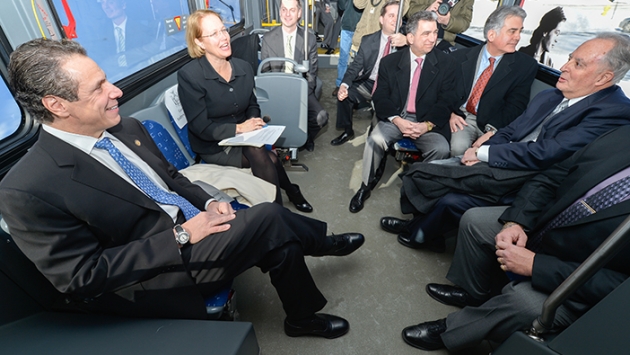 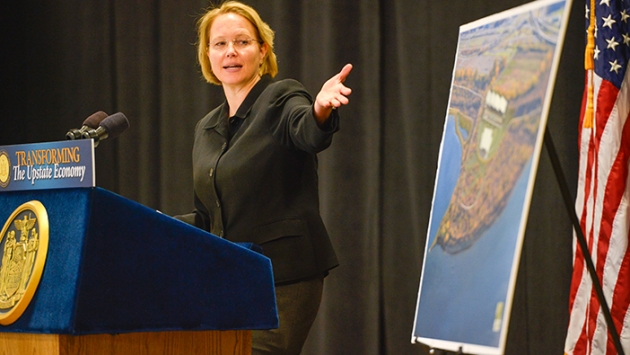 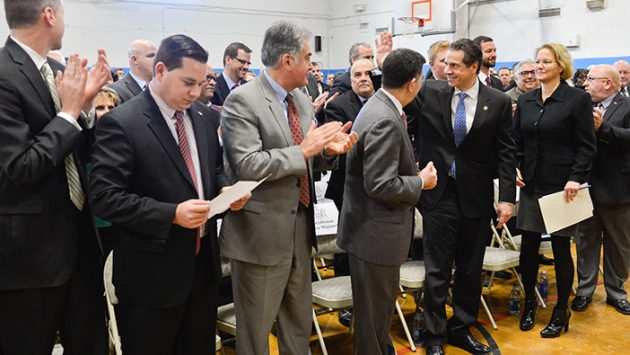