Governor Andrew M. Cuomo today unveiled the design features of 1,025 new and reimagined subway cars – including vital enhancements to the exteriors and interiors of regular cars, wider doors, as well as the addition of up to 750 “Open Car End” designed-cars, which will reduce wait times and increase capacity. The Governor also previewed key elements that will be featured in the renovation of 31 subway stations throughout the New York Metropolitan Area, and announced that the first of several Requests for Proposals will be issued this week. The MTA is using design-build contracts to expedite the process and ensure the shortest timeframe for project completion. These vital investments are part of the $27 billion, five-year MTA Capital Program to renew and expand the MTA network. Governor Cuomo unveiled the ambitious design-plan at the Transit Museum in Brooklyn.

“New York deserves a world-class transportation network, worthy of its role as the heartbeat of the 21st century economy,” Governor Cuomo said. “The MTA design team developed a bold and visionary reimagining of the quintessential commuter experience, incorporating best practices from global transit systems, and focusing on our core mission to renew, enhance and expand. We are going to do more than renovate – we are bringing subway stations to a higher standard than ever before, and the new vision for subway cars will increase capacity and reduce overcrowding and delays. I congratulate the MTA for thinking creatively and working with the kind of passion and urgency it takes to move this state forward.”

“The Governor gave the MTA a mandate to implement new, world-class designs as quickly as possible for all new subway cars and that’s what you’re seeing today – innovation making the lives and commutes of all New Yorkers easier,” MTA Chairman and CEO Thomas F. Prendergast said. “Coupled with new methods for redeveloping our stations at the Governor’s direction, customers will see us get in, get done, and return new and improved stations to them in the most efficient way possible.”

Later this week, the MTA will issue an RFP for the construction of 1,025 new subway cars, which will highlight that the timeline of design and production, as well as cost-effectiveness, will be central factors in awarding the contract.

The RFP will also emphasize the need to align with MTA design guidelines, which were established after a review of best practices in a number of major metropolitan areas from around the world, and identified several key elements for use in the New York system, including: 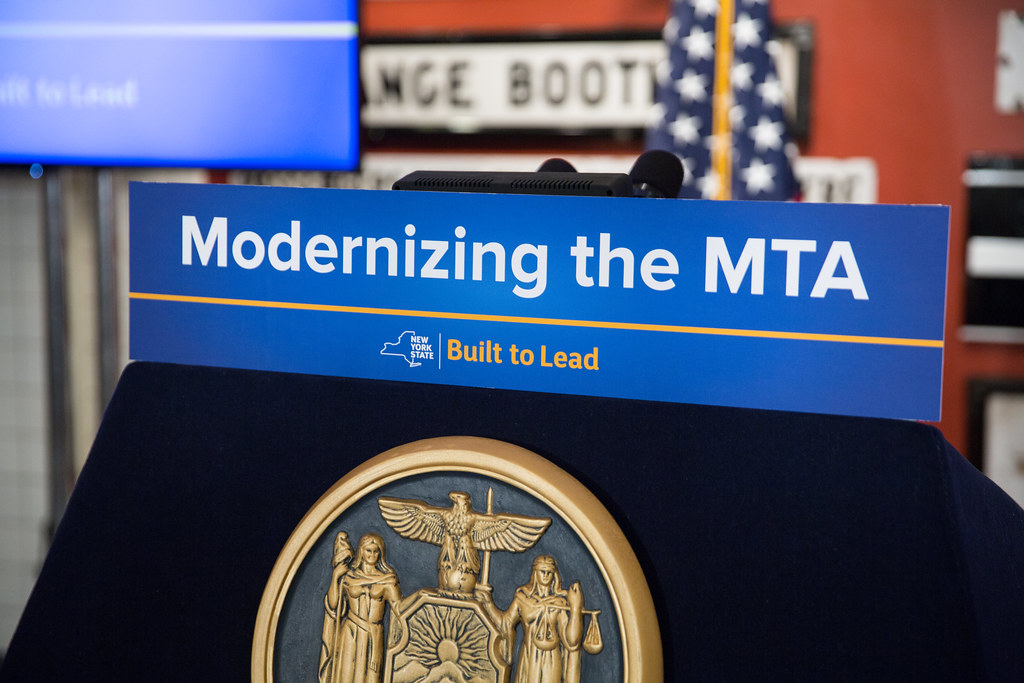 The announcement highlighted key elements of the Governor’s initiative to create a new and improved design standard for subway stations, and undertake extensive renovations at 31 stations from across the five boroughs. The 31 stations included in the program build upon a larger campaign, designed to improve the customer experience, and includes component and renewal work at more than 170 other stations. Design elements include:

Key elements for each station type include:

The MTA will issue an RFP for the first package of three stations located in Brooklyn later this week:

RFPs for the remainder of the 31 stations will be released over the next twelve months, and will be distributed across the five boroughs. The first contract is expected to be awarded in the fall. Station closures will be limited to a six-month period.

At the direction of the Governor, the MTA is using design-build contracts for all 31 stations. Design-build contracts call for a single team to be responsible for the design and construction of an entire project in order to ensure that coordination is seamless, and that work is completed in the shortest possible time frame.

President of NYC Transit, Veronique (Ronnie) Hakim, said, “With design-build contracts, one team is responsible for both design and construction of the station. From a construction perspective, that means that there’s a seamless connection between various phases of a project, enabling the contractors to limit miscommunications, and speed the completion of the project. From the perspective of our customers, it means that they get a completely renovated station that is brighter, better, and more functional in the shortest possible time frame.”