Governor Andrew M. Cuomo today signed landmark legislation to strengthen the rights of working men and women in New York State. This new law increases access to and protects union membership in New York's public-sector workplaces in anticipation of an adverse ruling in the pending Supreme Court case Janus v. AFSCME. Additionally, the law provides safeguards against the deliberate actions taken by the federal government that continue to undermine the efforts of organized labor across this country.

"Too often, and at the hands of this federal administration, we are seeing the labor movement going backwards. In New York it is a different story, and our efforts to protect working men and women are moving labor forward, making the workplace fairer and more just than ever before," Governor Cuomo said. "This action sends a clear message to the rest of the nation: we will not let this federal administration silence New York's working class, we will support every voice in every community and in every industry, and we will do everything in our power to protect the right to achieve the American Dream."

The legislation makes it clear that members who pay union dues will receive certain benefits and services, and unions - while they serve the interests of all workers in bargaining units they represent - cannot be forced to provide full benefits of membership to those who do not pay for them.

In addition, the legislation strengthens unions by requiring public employers to:

"...we will do everything in our power to protect the right to achieve the American Dream."

The legislation also supports unions by: 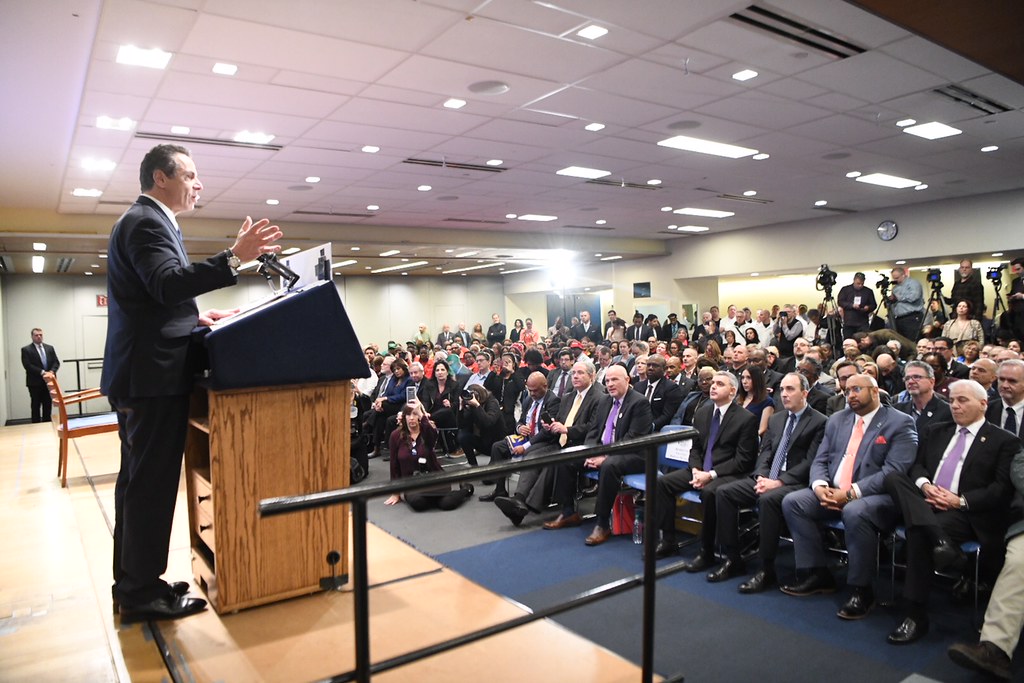 Signing this legislation builds on Governor Cuomo's ongoing efforts to strengthen the voice of working men and women and increase opportunities for New York's middle-class. Since 2011, the Governor has championed efforts to support working New Yorkers, including combatting the exploitation of workers, supporting project labor agreements, and allowing full union dues to be deducted from state taxes. Most recently, the Governor announced earlier this month that stolen wages totaling more than $35 million from 2017 alone were recovered and returned to more than 36,000 victims.

This latest action will deter the federal government's attempts to dismantle unions, while supporting the labor movement in New York, the most heavily unionized state in the nation.