“New York’s burgeoning craft beverage industry has served as an economic generator for communities across the state and with this legislation, we are building on that progress,” Governor Cuomo said. “By cutting red tape, breaking down artificial barriers and rolling back arcane and burdensome regulations, we are setting the stage for this industry’s continued resurgence and future growth and I am proud to sign it into law.” 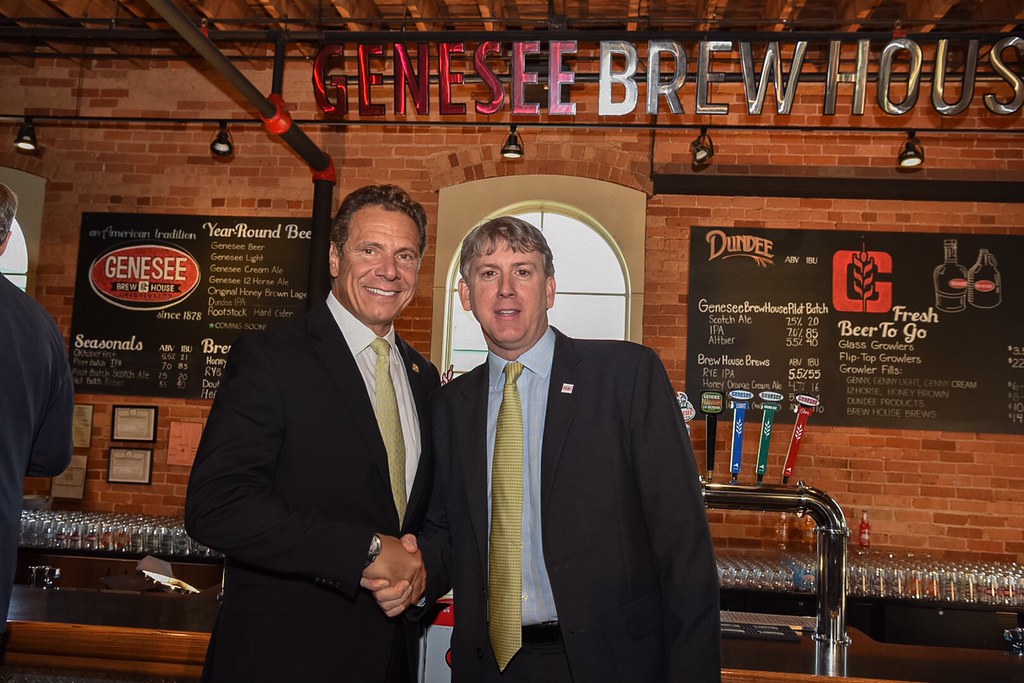 Senate Majority Leader John J. Flanagan said, “Small businesses and consumers throughout the state will greatly benefit from this reform of the state's outdated blue laws that will expand Sunday brunch options and promote the continued success of New York’s service and beverage industries. I thank Senator Lanza for his efforts to get this legislation passed, and Governor Cuomo and our colleagues in the Assembly for working with us to help cut red tape and burdensome regulations so that more businesses can grow and thrive.”

Assembly Speaker Carl Heastie said, “New York is home to some of the best craft beer, cider, wine and spirits our country has to offer. This legislation updates and simplifies New York’s outdated Alcoholic Beverage Control Laws so that New York’s craft beverage industry can thrive and everyone can enjoy more of what our great state has to offer. I would like to thank Majority Leader Joe Morelle and Assemblymembers Robin Schimminger and Michael Benedetto for their hard work and leadership in making New York a great place to do business, inspiring tourism and opening the door for new opportunities.”

Senator Andrew Lanza said, “This law will modernize state alcohol laws that in many cases date back to Prohibition while cutting red tape, lowering costs, and rolling back burdensome regulations. I thank Governor Cuomo and Majority Leader Flanagan for their efforts in making this important legislation law."

The law ensures that the craft beverage industry in New York continues to thrive by amending the ABC Law to include the following:

Legislation to amend the ABC Law was first proposed by Governor Cuomo in May as a direct result of the Alcoholic Beverage Control Law Working Group – a blue ribbon panel created by Governor Cuomo in November 2015 and tasked with developing recommendations to modernize the laws governing the manufacturing, wholesale and retail of alcoholic beverages in New York State.

Building on Prior Industry Reforms to Grow New York’s Economy

The law builds on the progress made by the Governor over the past five years, including enacting the Craft New York Act, to cut burdensome requirements on producers and ease restrictions regarding the marketing of craft products. Since 2011, the state has implemented a number of significant reforms and expanded programs to grow the craft beverage industry, including creating new farm-based manufacturing licenses, launching a $60 million statewide promotional campaign and hosting wine, beer and spirits summits across the state.

The success of New York’s investments in the craft beverage industry can be seen from the Finger Lakes to the North Fork of Long Island. Under the leadership of Governor Cuomo, New York is now home to over 900 wineries, breweries, distilleries and cideries. The number of farm wineries in New York has increased by over 60 percent, from 195 in 2010 to 315 today. Additionally, the number of microbreweries has grown by 270 percent, from 40 in 2010 to 148, while the number of farm distilleries grew from just 10 in 2010 to 95 today. Two new licenses have been created since 2011: the farm brewery license in 2013 and the farm cidery license in 2014, with New York now home to 129 farm breweries and 22 farm cideries businesses.