Governor Andrew M. Cuomo, with U.S. Senator Bernie Sanders of Vermont, today unveiled the 1st signature proposal of his 2017 agenda: making college tuition-free for New York’s middle class families at all SUNY and CUNY two- and four-year colleges. New York’s tuition-free college degree program, the Excelsior Scholarship, is the first of its kind in the nation and will help alleviate the crushing burden of student debt while enabling thousands of bright young students to realize their dream of higher education.

Under this groundbreaking proposal, more than 940,000 middle class families and individuals making up to $125,000 per year would qualify to attend college tuition-free at all public universities in New York State. The Excelsior Scholarship program will ensure that students statewide, regardless of their socio-economic status, have the opportunity to receive a quality education and gain the skills they need to succeed in our global economy.

"A college education is not a luxury – it is an absolute necessity for any chance at economic mobility, and with these first-in-the-nation Excelsior Scholarships, we’re providing the opportunity for New Yorkers to succeed, no matter what zip code they come from and without the anchor of student debt weighing them down," Governor Cuomo said. "New York is making a major investment in our greatest asset – our people – and supporting the dreams and ambitions of those who want a better life and are willing to work hard for it. I am honored to have the support of Senator Sanders, who led the way on making college affordability a right, and I know that together we can make this a reality with New York leading the way once again."

U.S. Senator Bernie Sanders said, “If the United States is to succeed in a highly competitive global economy, we need the best educated workforce in the world. With exploding technology, and with most of the good paying jobs requiring more and more education, we need to make certain that every New Yorker, every Vermonter and every American gets all the education they need regardless of family income. In other words, we must make public colleges and universities tuition free for the middle class and working families of our country. That is what Governor Cuomo is fighting for here in New York and it's something I strongly support. I urge New York legislators to pass this enormously important proposal, and become a model for the rest of the nation.”

New York’s tuition-free degree program, the Excelsior Scholarship, requires participating students to be enrolled at a SUNY or CUNY two- or four-year college full-time. The initiative will cover middle class families and individuals making up to $125,000 through a supplemental aid program. Currently 80 percent of NY households statewide make $125,000 or less with an estimated 940,000 households having college-aged children that would be eligible for the program. Based on enrollment projections, the plan will cost approximately $163 million per year once fully phased in.

As student debt continues to soar – reaching $1.2 trillion nationwide and surpassing credit card debt, car debt and home equity lines of credit as the second largest source of consumer debt, this program will work to make college affordable for students and families.

The initiative will work by leveraging New York State’s generous aid programs. Currently, the Tuition Assistance Program or TAP provides nearly $1 billion in grants to college students statewide and New York is one of only two states in the nation that offers this type of entitlement. Under the program, eligible students would still receive TAP and any applicable federal grants. Additional state funds would cover the remaining tuition costs for incoming or existing eligible students.

"What Governor Cuomo is proposing is a revolutionary idea for higher education. It’s an idea that’s going to reverberate not only throughout the State of New York, but throughout this country.”

New York’s Tuition Free Degree Program also incentivizes students to graduate from college on time. In 2013, only 38.7 percent of students attending a four-year public university and roughly 8.5 percent attending a two-year public college in New York completed their degrees on time. Moreover, in 2015, the average student loan debt in New York was $29,320.

With an average annual tuition ranging from $6,470-$6,330 at SUNY and CUNY for a bachelor’s degree and $4,350-$4,800 for an associate’s degree, the more time a student spends in college, the higher the level of debt. By mandating that students be enrolled full-time, New York’s free tuition program will work to improve graduation rates and alleviate the heavy burden of student debt by encouraging more students to graduate on time in two to four years. 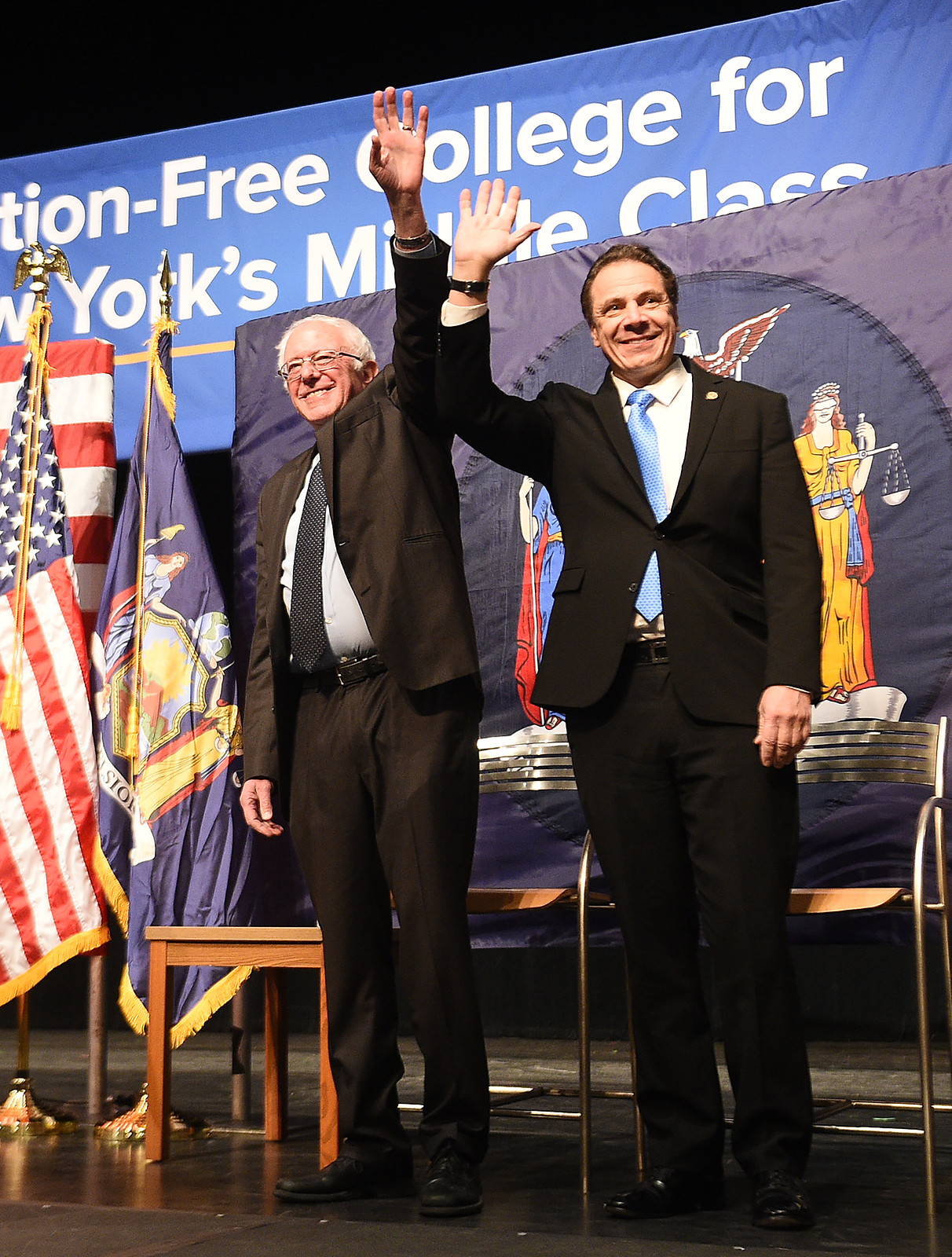 New York is also the only state in the nation to offer a need-based loan forgiveness entitlement program that provides awards to New York State college graduates regardless of their degree or profession. The Governor’s “Get on Your Feet Loan Forgiveness” program provides up to 2 years of student loan forgiveness to recent New York State college graduates. This program, coupled with New York’s new Excelsior Scholarships Program, will ensure New York continues to lead the way forward on college affordability.

A college degree is necessary for increased earning power. Studies show a person with a bachelor’s degree, on average, will earn about 66 percent more over his or her lifetime than a person without a college degree. Those with an associate’s degree can expect to earn 24 percent more than a person with a high school diploma. Moreover, a college education is increasingly becoming a necessity, not a luxury. According to projections by the New York State Department of Labor, approximately 3.5 million jobs statewide will require an associate’s degree or higher by 2024. As the landscape of the global economy continues to shift, investing in a highly-qualified, highly-educated workforce has never been more important.