Governor Andrew M. Cuomo today announced a new statewide initiative to give incarcerated individuals the opportunity to earn a college degree through funding college classes in prisons across New York. Studies have shown that investing in college education for prisoners dramatically decreased recidivism rates while saving tax dollars on incarceration costs. Those who earn a college degree while in prison are less likely to end up behind bars again, therefore decreasing the number of inmates in New York state prisons.

"Giving men and women in prison the opportunity to earn a college degree costs our state less and benefits our society more," said Governor Cuomo. "New York State currently spends $60,000 per year on every prisoner in our system, and those who leave have a 40 percent chance of ending up back behind bars. Existing programs show that providing a college education in our prisons is much cheaper for the state and delivers far better results. Someone who leaves prison with a college degree has a real shot at a second lease on life because their education gives them the opportunity to get a job and avoid falling back into a cycle of crime."

The initiative will provide college level education at 10 New York State prisons, one in each region of the state. The program would offer both associates and bachelors degrees. Degrees would take generally 2 to 3 years. The state will be issuing a Request for Proposal (RFP) starting March 3, 2014 that will solicit responses from educational associations that provide college professors and classes in an accredited program in order for inmates to earn their degrees.

New York currently spends $60,000 per year to incarcerate one person and approximately $3.6 billion in total costs for prisons. However, it costs approximately $5,000 per year to provide one year of college education for one inmate. Current studies have shown that by earning college degrees, inmates are far less likely to return to prison. New Yorks current recidivism rate is 40 percent.

By educating inmates, New York State can better prepare prisoners for life after jail. Since the majority of inmates in New York are minorities, this is an issue that disproportionately affects unemployment in minority communities. Studies show that one of every three black American men will be incarcerated at some point in his lifetime, one in every six Latino men, compared to one in every seventeen white men. Currently, New York inmate population is 49.2 percent African American, 24 percent Hispanic, 24.1 percent white and 2.7 percent identify as other.

Since the discontinuation of PELL and TAP grants in 1994 and 1995, the New York State Department of Corrections and Community Supervision (DOCCS) has supported using private funds for post-secondary education for incarcerated individuals. To further enhance the college program, DOCCS developed a model in 2007 that established working partnerships between a correctional facility, a collegiate institution in the same geographic region and, an outside, private funding source.

Senator Ruth Hassell-Thompson said, A college education is a vital asset for men and women to successfully move forward with their lives after prison. Governor Cuomo's initiative to fund these courses in our prisons will help affected New Yorkers build a better future for themselves and their families, and it will result in a reduced prison population that will save taxpayer dollars. I commend the Governor for taking this progressive step to improve the strength of our communities."

Assembly Member Karim Camara said, With the opportunity to earn a college degree while in prison, incarcerated individuals will stand a much better chance of successfully integrating back into society when they are released. A higher level of education will support these men and women in moving forward with their lives, as opposed to returning to criminal activity and prison. The Governor's initiative is a progressive investment in the future - one that will help families stay together and strengthen our communities, while also reducing the cost and size of the prison system.

Assembly Member Jeffrion Aubry said, By offering men and women in New York the opportunity to earn college degrees before their release from prison, we can fundamentally change the dynamic of recidivism in our State. A college education can open a variety new paths and opportunities for incarcerated individuals that empower them to be upstanding citizens, rather than fall into a recurring cycle of criminal activity. This would not only save taxpayer dollars by reducing the size of our prison population, it would also help to address the disproportionate representation of minorities in prison. I commend Governor Cuomo for sponsoring this initiative, which will help reintegrate individuals into society and ultimately create more progressive and equitable communities.

Assembly Member Daniel ODonnell said, As Chair of the Assembly Committee on Correction, I have seen firsthand the benefits of college programs for both our inmate populations and our prisons. During my visits to twelve prisons across our state last year, I spoke with many inmates, prison staff, and educators currently working in the prisons. All told of the tremendous positive impact college programs can have, and the statistics regarding reincarceration back them up. Reducing the unfortunate cycle of recidivism is a moral imperative, especially because of the discriminatory and disproportionate impact this system has on minority communities. Instituting college education programs is a proven way to do so. I applaud Governor Cuomo for taking this first step toward a more equitable and just prison system, and I look forward to working with him in the coming months to ensure its benefits are felt as widely as possible.

Glenn E. Martin, former Vice President of the Fortune Society, and President and Founder of JustLeadershipUSA, said, JustLeadershipUSA commends Governor Andrew Cuomo for investing in college programming in state correctional facilities, another step in his multi-faceted public safety strategy of supporting community-based alternatives to incarceration, evidence-based reentry programs, and right-sizing the system to save scarce taxpayer dollars while enhancing public safety. His leadership should serve as an example to other governors seeking similar results, which are aligned with JustLeadeshipUSAs goal of reducing the US prison population in half by 2030. 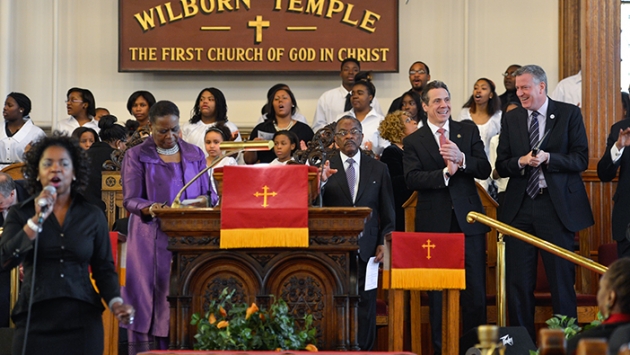 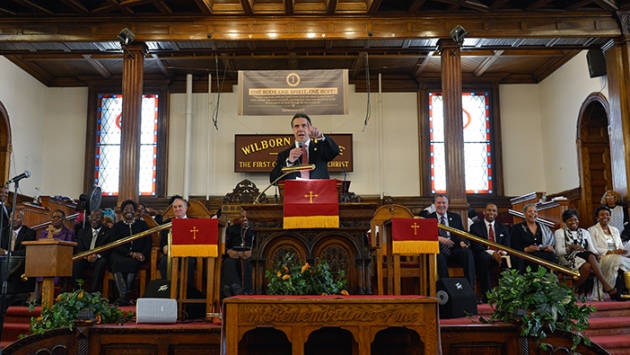 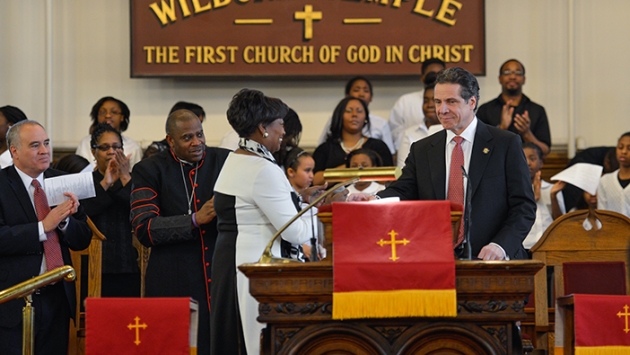 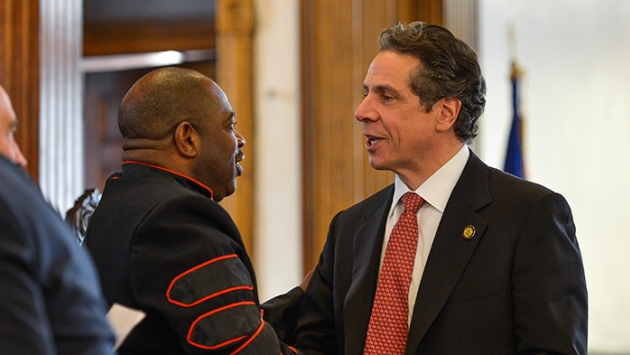