Governor to Host Conferences Across State Over Next Several Months

Governor Highlights Interactive Handbook For Local Governments and Nonprofits as One-Stop-Shop Resource For State Grants And Programs – Available at http://www.ny.gov/growth

“New York has taken a pioneering approach to regional economic development – bringing together all levels of government to build a brighter future for Buffalo and every community across the state,” Governor Cuomo said. “From Canalside to RiverBend, we are seeing an economic renaissance take root and surpassing Western New York’s every expectation for progress and success. This collaborative governance conference will build on that good work by leveraging the expertise of a cross-section of stakeholders to make this city and state more livable, more diverse and more sustainable for generations to come.”

“Governor Cuomo has proven that strategic investment and collaboration across traditional borders can be a game-changer for a region, exemplified everywhere you look here in Western New York,” Lieutenant Governor Kathy Hochul said. “Under our Governor’s leadership, we are investing more to create and protect jobs, jumpstart growth in new industries and strengthen our urban communities. As a native Western New Yorker who lived through the decline, the results today are undeniable. This region is now a model for the rest of the state and nation to follow.”

The Sustainable Development & Collaborative Governance Conference draws on then-Secretary of Housing and Urban Development Andrew Cuomo’s 1999 conference, “Bridging the Divide: Making Regions Work for Everyone: Shaping the Federal Agenda,” which invited experts and academics in regionalism, smart growth and urban revitalization to present their ideas, followed by panel discussions among a diverse group of stakeholders.

Under the leadership of Governor Cuomo, New York State is prioritizing cross-collaboration between state agencies, local governments and community partners to maximize the collective impact of their efforts. Western New York is a prime example of this bottom-up approach that has shown its success through the Regional Economic Development Councils.

To date, New York State has invested approximately $5.6 billion in Western New York to advance the region’s housing and economic development goals, as well as support the area’s strategic plan. As a result, Buffalo has undergone a renaissance, transforming into a vibrant, thriving urban center. Since July 2010, Western New York has added 30,600 private sector jobs – an increase of 5.8 percent, bringing the total number of private sector jobs to 555,100, as of July 2016. Today, the unemployment rate in Western New York has dropped significantly – moving from 8.5 percent in July 2010 to 4.9 percent during the same time this year.

From Canalside to RiverBend, we are seeing an economic renaissance take root and surpassing Western New York’s every expectation for progress and success.

Additional sustainability and development programs that have been initiated or reformed over the last six years under Governor Cuomo include: 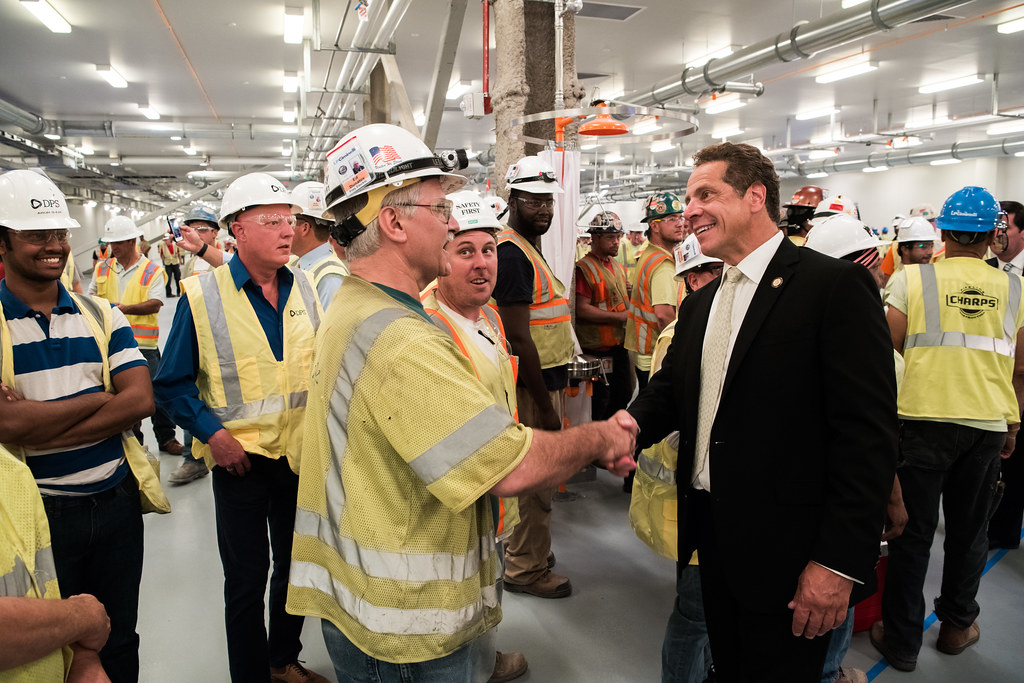 Senator Tim Kennedy said, "Equipping our governments, businesses and nonprofits with the knowledge and resources they need to spur local growth is critical to the economic success of our city and region. I thank Governor Cuomo not only for his unprecedented investment in Western New York, but for his commitment to continue to build on this development and opportunity by hosting conversations like those at today's conference."

Assemblyman Sean Ryan said, "There are a wide variety of innovative funding programs which can be utilized by municipalities across New York. The economic growth we have seen in Buffalo and across the state has been remarkable, and much of the success has been due to these programs such as Historic Tax Credits and the REDC process. I thank Governor Cuomo for hosting this important event and for his commitment to economic growth in Western New York."

Mayor Byron W. Brown said, “Sustainable Development & Collaborative Governance have been goals of my administration from the beginning. We’ve been working on implementing the revamped Buffalo Comprehensive Plan for the 21st Century, as well as putting in countless hours on the Buffalo Green Code – the first comprehensive re-write of the city’s zoning code in 62 years. Together, these planning blueprints, combined with our partnership with the Cuomo administration, continue to drive Buffalo’s progress as one of the world’s greatest cities, a city which offers a bright future for our current and future residents.”

Erie County Executive Mark Poloncarz said, “The transformation taking place in Buffalo and Erie County could not have happened without Governor Cuomo’s leadership, and I thank him for his vision and commitment to our area. We are once again attracting businesses looking to take advantage of our growing economy, retaining students and workers to take part in our economic renaissance, and generating buzz about the community we’ve become as well as the community we are building for tomorrow. It is a new day in Erie County, with new energy and a focus on the future.”

Robert Shibley, Professor and Dean, UB School of Architecture and Planning, said, “We have made great progress over the past several years in Buffalo and Western New York. With the Governor’s strong support we have built on decades of solid planning, citizen action, municipal leadership and business partner innovation that made us ready for the leaps forward now occurring.”