Governor Andrew M. Cuomo today directed State agencies to deploy additional resources to help protect communities along the shores of Lake Ontario from potential flooding that could result from the lake's rising water levels. These resources include an additional 30,000 unfilled sandbags, nearly 6,000 filled sandbags, six 6-inch pumps, 1,500 feet of 6-inch hose and more than 100 feet of aquadam directly to the Village of Sodus Point. The Governor also announced 20 members of the New York National Guard have been placed on standby to assist as needed.

"Our concern is the people and properties in the State of New York, and flooding is a real possibility so we are preparing for the worst case scenario," Governor Cuomo said. "We are deploying additional resources including an aquadam and thousands of sandbags, and we have National Guard personnel on standby. We have to accept that flooding and increased water flow is a new reality, and we need to start building for that new reality instead of just responding to these continued emergencies."

"Having visited communities impacted by flooding and seeing the destruction firsthand, I know the devastating impact Lake Ontario flooding has had on homeowners and businesses," said Lieutenant Governor Kathy Hochul. "With this additional deployment of resources, we are preparing for potential flooding and are ready to assist residents and communities in a variety of capacities."

Over the weekend, the Governor announced that the Division of Homeland Security and Emergency Services had begun coordinating regular preparedness calls with local partners, and was staging critical response and recovery assets along the lake's shores to mitigate potential impacts of flooding before it occurs. At the Governor's direction, the Division deployed 216,000 sandbags and multiple sandbaggers to strategic sites along the lake, in addition to the resources deployed today. Additional sandbags, sandbaggers and aquadam will be deployed upon the request of localities.

Following severe flooding in Canada, the International Joint Commission continues to reduce outflows of water from the Moses-Saunders Dam on the St. Lawrence River in an effort to minimize impacts, as the lake's water level currently sits at more than one foot above average. The IJC has recently begun to increase flows to address the potential for flooding in Lake Ontario. Earlier this year, Governor Cuomo wrote to the IJC requesting that it maximize outflows from the Lake Ontario system to prevent the flooding that thousands of New Yorkers grappled with in 2017. Since then, water levels have remained higher than average and are expected to increase in the coming weeks, necessitating the proactive deployment of state resources to the region to protect homeowners and businesses from potential flooding.

Experts from the Department of Environmental Conservation (DEC) also continue to monitor data and reports from the IJC on water level projections to identify potential areas that could be impacted by rising levels. In addition, DEC Permit staff are prepared to assist municipalities or property owners with any necessary permits to ensure authorizations are provided to make necessary repairs or to stabilize their properties from high water levels and wind-driven high wave events. Since the high water event in 2017, DEC issued over 3,000 permits for emergency actions and shoreline protection measures to address impacts of high water levels along the Lake Ontario, Lower Niagara River and St. Lawrence River shorelines.

Additionally, the State Department of Transportation (DOT), in coordination with work crews provided by the State Department of Corrections and Community Supervision (DOCCS), is overseeing sandbagging operations at its facilities in each of the eight counties that border Lake Ontario. DOCCS is providing eight work crews made up of eligible incarcerated individuals to fill sand bags:

Our concern is the people and properties in the State of New York, and flooding is a real possibility so we are preparing for the worst case scenario.

The New York Power Authority and New York State Canal Corporation have been working with the State Office of Emergency Management to support the flood mitigation mission along Lake Ontario. NYPA and NYSCC will be providing a total of 7 low boy tractor trailers with operators to deliver sandbags and pallets to Niagara, Orleans, Monroe, Wayne, Cayuga, Oswego, Jefferson and St. Lawrence counties during the day today.

Following 2017's flooding of both Lake Ontario and the St. Lawrence Seaway, which damaged homes, businesses, and local infrastructure, Governor Cuomo and the Division of Homeland Security and Emergency Services coordinated with county and local partners to monitor water levels and deliver resources, including millions of sandbags and the construction of thousands of feet of temporary dams. Additionally, the Governor successfully secured a federal disaster declaration for the counties affected by the flooding, including Monroe and Cayuga Counties, which were initially omitted from the declaration, until the Governor filed an appeal.

The State also made a $95 million commitment to the Lake Ontario and St. Lawrence River Shorelines. The recovery program started with an initial $45 million commitment for aid to residents, small businesses, and municipalities affected by the flood. It was supplemented with two $5 million grants from the State and Municipal Facilities Program to bolster previous relief and provide necessary financial assistance to recovery efforts. The 2018-19 State Budget included an additional $40 million for the recovery program, which continued to support shoreline reconstruction and stabilization, reimbursement for emergency repairs during the flooding and seawall reconstruction. 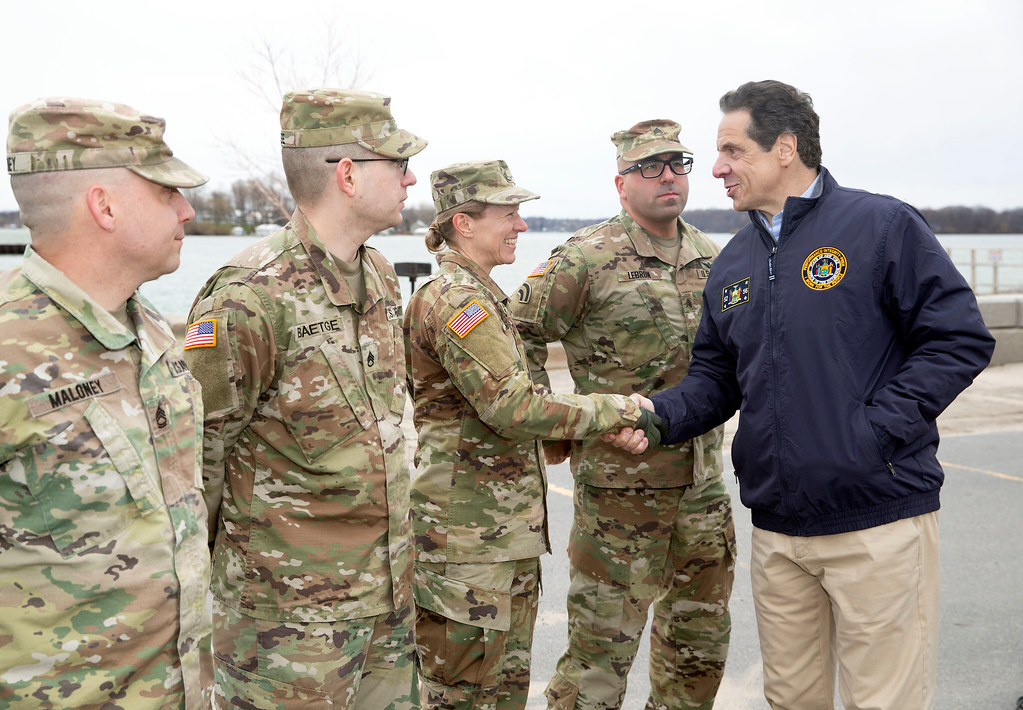