Photos of the New 96th Street Station, Including Sarah Sze’s "Blueprint for a Landscape" Art Installation are Available Here

Governor Andrew M. Cuomo today debuted the new station at 96th Street in advance of the historic, on-time opening of the Second Avenue Subway. At the event, the Governor invited New Yorkers to an open house for a preview tour of the station, which features high ceilings, column-free design, vibrant lighting, and world-class contemporary artwork. The open house marks the first time the public will have access to the Second Avenue Subway since the start of construction. The words "Excelsior" and "E Pluribus Unum" – New York’s message to people who ride the subways in New York – are displayed on the beams inside of the station. Photos of the new 96th Street station are available here.

Today’s event follows the Governor’s recent presentation of the largest public art installation in state history that will be featured in the new state-of-the-art Second Avenue Subway stations, including Sarah Sze’s “Blueprint for a Landscape” installation at the new 96th Street station. The inaugural Second Avenue Subway ride will be on December 31 and revenue service will begin at noon on January 1.

"With unparalleled architecture and newly installed artwork along the Second Avenue line, we are transforming these stations into underground galleries that encompass the spirit and cultural charm of New York," Governor Cuomo said. "This open house offers a unique opportunity for us to share this important project milestone with New Yorkers, and marks the progress we have made in delivering a new, vital artery to one of the nation’s busiest transit lines. I encourage all New Yorkers to come for a tour and see this new state-of-the-art station for themselves."

"Governor Cuomo challenged the MTA to work aggressively to open the Second Avenue Subway on time, and we have been working around the clock to meet this challenge," MTA Chairman and CEO Thomas F. Prendergast said. "We’re thrilled to start the new year with a new Subway line and invite all New Yorkers to come get a preview this week."

Open House
To give New Yorkers a special preview of the new station at 96th Street, the Governor announced special tours of the station will be offered at an open house. The open house will begin at the southwest corner of 96th Street and Second Avenue, and will take place at the following times:

MTA staff will be on-hand to answer questions and to distribute maps, cookies and commemorative items marking the historic transit expansion.

The new station features include access for the disabled, climate control to maximize customer comfort, modern computerized signage, and column-free construction for an open, airy atmosphere. The station spans three city blocks at 1,591 feet long and 57 feet wide, and was built with high-ceiling and column-free design to create an airy sense of openness. Its two-tiered mezzanine design is a fixture of the Second Avenue Subway stations and improves the flow of riders, reduces crowding on the platform and enhances the overall subway experience for riders.

With unparalleled architecture and newly installed artwork along the Second Avenue line, we are transforming these stations into underground galleries that encompass the spirit and cultural charm of New York.

The artwork that visitors will see at the 96th Street Station features familiar objects – sheets of paper, scaffolding, birds, trees, and foliage – caught up in a whirlwind velocity that picks up speed and intensity as the composition unfolds throughout the station. Called “Blueprint for a Landscape,” the installation by Sarah Sze is applied directly to nearly 4,300 unique porcelain wall tiles, spanning approximately 14,000 square feet. Photos of the Second Avenue subway art are available here; a video featuring the art is available here.

Phase 1
Phase 1 of the Second Avenue Subway includes three new ADA-compliant stations at 96th Street, 86th Street and 72nd Street, and new entrances to the existing Lexington Av/63rd Street Station at 63rdStreet and Third Avenue. It will provide service from 96th Street to 63rd Street and will serve more than 200,000 people per day, reducing overcrowding on the Lexington Avenue Line and restoring a transit link to a neighborhood that lost the Second Avenue Elevated in 1940. The existing Q-line will continue through 63rd Street all the way to Coney Island.

Revenue service will begin at noon on January 1, when the first uptown Q train to Second Avenue departs from the 57th-7th Avenue station. Trains will run every six minutes during peak hours and will run from 6 a.m. to 10 p.m. for the rest of the first week. Overnight service will begin on Monday, January 9.

Phase I of the Second Avenue Subway will decrease crowding on the adjacent Lexington Avenue Line by as much as 13 percent, or 23,500 fewer riders on an average weekday. It will also reduce travel times by up to 10 minutes or more for those on the far east side or those traveling from the east side to west midtown. Further phases of the project will extend the line to Hanover Square in the Financial District. The new stations will provide transfers to other subway and commuter rail lines. 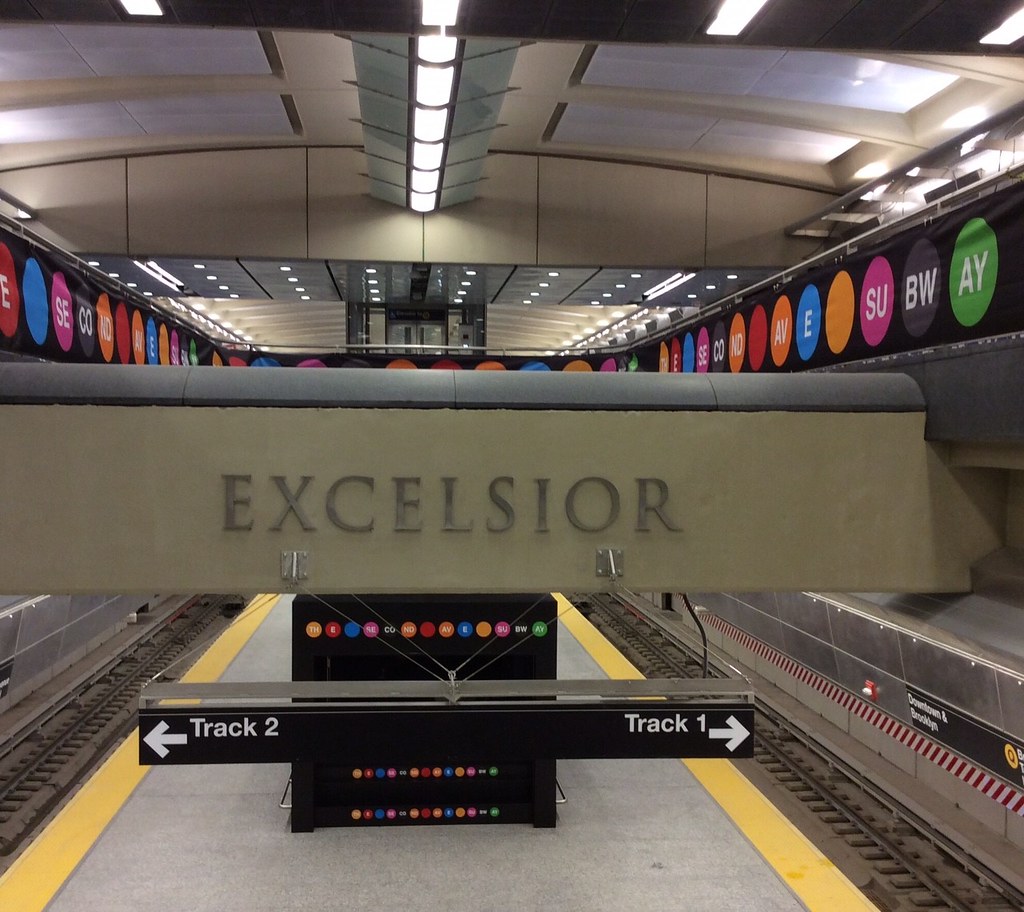 As part of the Governor’s efforts to build a 21st century transportation network smarter, faster and more efficient than ever before, the state is launching “The New MTA” webpage. The webpage will offer a one-stop guide to the proposals that are part of New York’s unprecedented $100 billion infrastructure plan to build a new New York.

The Second Avenue Subway expansion is part of the Governor’s sweeping statewide initiative to redevelop and rebuild New York’s aging infrastructure from the ground up. The comprehensive plan includes a new LaGuardia Airport, completely redesigned Penn Station, the LIRR 2nd and 3rd Track projects, the New New York Bridge, a major expansion of the Jacob K. Javits Center, as well as a complete overhaul and upgrades to the MTA's seven bridges and two tunnels in the metropolitan region.