After 50 Years of Delay, Exit 3 Finally Becomes a Reality with the New Northway-Albany Airport Connector - Opening a Year Ahead of Original 2020 Target Date and Under Budget

New Exit 3 and Overhaul of Exits 4 and 5 Improve Access to and from the Airport, and Relieve Traffic Congestion on Surrounding Roads

Governor Andrew M. Cuomo today cut the ribbon on the completed Albany International Airport Transportation Corridor. Opening to motorists today is the much anticipated northbound Exit 3 flyover ramp, as well as newly configured Exits 4 and 5 off and on ramps that provide more direct access to local roads and the Northway. The new Exit 3, which has been talked about for decades without coming to fruition, and the upgrades to Exits 4 and 5 improve access to and from Albany International Airport, as well as ease congestion on surrounding roads, and are key components of a $72.1 million investment by the State to modernize the airport. The airport transportation corridor project was completed a year ahead of the original 2020 target date and under budget. As part of today's ribbon-cutting ceremony, Governor Cuomo also unveiled the renderings for the brand new gateway welcome sign, designed by the Albany County Airport Authority, to commemorate the transformation of the airport and its transportation corridor.

"A half century of delay and inaction has come to an end with the complete opening of Exit 3 and the completion of the new Albany Airport Transportation Corridor," Governor Cuomo said. "This new exit provides travelers with improved access to Albany International Airport,reduce congestion and foster continued economic growth in the Capital Region. It is further proof that New York is second to none when it comes to creating a 21st Century transportation infrastructure."

Discussions about an Exit 3 to serve the Albany International Airport have taken place since before the completion of the Adirondack Northway more than 50 years ago. In its original configuration, the Northway went from Exit 2 to Exit 4, both northbound and southbound. It was only in recent years, however, that the long-talked-about plans to add the exit gained momentum.

The transformation of the corridor follows the recent opening of the new southbound Exit 3 that provides a more direct connection to Albany International Airport, and the ramp connecting Albany Shaker Road to I-87 South, which provides more direct access to the southbound Northway from the airport.

The $22.1 million in State funding to modernize the airport facility is provided through the $200 million Upstate Airport Economic Development and Revitalization Competition, first announced by Governor Cuomo in his 2016 State of the State Address and later passed in the 2017 state budget. Other funding for the modernization project is provided by the Albany County Airport Authority and the Federal government.

The $50 million airport connector project was funded through Governor Cuomo's $100 billion Infrastructure Renewal Plan. It included the construction of three new ramps for the new Exit 3 west of I-87 southbound.

For northbound Northway traffic, the new ramp travels on a new bridge over the Northway in a "flyover" configuration, loops behind and to the west of the Desmond Hotel and comes to a new T-intersection with Albany-Shaker Road, close to the airport. For southbound traffic on the Northway, a new off-ramp was built to travel behind the Desmond Hotel and connect to a flyover ramp that leads to the new intersection, avoiding traffic on Wolf Road.

A new, direct on-ramp from Route 155 (Watervliet-Shaker Road) at Exit 5 to the southbound Northway was added, eliminating the need for the previous ramp off the southbound side of the highway.

On the northbound side, the on-ramp adjacent to the Times Union building was extended all the way to Exit 5 for Route 155, creating a longer auxiliary lane that makes it easier for drivers to merge onto the northbound Northway and to depart the highway at Exit 5, benefiting local traffic. A noise wall was added along the northbound side between Exits 4 and 5.

A half century of delay and inaction has come to an end with the complete opening of Exit 3 and the completion of the new Albany Airport Transportation Corridor.

In October 2015, the Department of Transportation completed a $22.3 million project to replace the bridges carrying the Northway over Albany-Shaker Road. This was the first of two phases of work planned at Exit 4. The 2015 project replaced two bridges that were builtas part of the original Northway construction in 1959.

Construction of the airport connector road also freed up large tracts of commercially zoned parcels for commercial redevelopment and improvement by the private sector. These investments are already paying dividends as Piedmont Airlines has announced plans to expand their workforce at a newly-renovated hangar on airport property.

New York State Department of Transportation Commissioner Marie Therese Dominguez said, "Under the leadership of Governor Cuomo, New York State is making historic investments in our airports that will ease the burden on travelers, promote tourism and stimulate economic activity. Modernizing the airport for the state's capital city and providing a direct link to the airport from the Northway will make it an easier, more attractive destination to get to and foster continued growth throughout the region.

Representative Paul D. Tonko said, “Our Capital Region transportation systems are part of the foundation for our entire economy. I’m delighted to celebrate the opening of this new exit, which will improve the value of our Albany Airport for commercial users, visitors and residents alike.”

Senator Neil Breslin said, "The completion of the new Exit 3 on the Northway is a key element of Albany International Airport's $104.6 million modernization effort. Along with the new Exit 3, there will also be a new parking garage and additional rehabilitation work of the main terminal. Having a modern airport facility is critical to a region's overall economic well-being. These improvements will ensure that the Capital Region economy continues to thrive."

Senator Betty Little said, "Commerce is the key to community prosperity and without question Albany International Airport's success is critical to our region's success. Making sure people and goods can get to and from the airport easily is essential. This important investment to build a better, more efficient infrastructure will be a great benefit for many years to come. I am pleased to join Governor Cuomo and many state and local elected officials in celebrating the completion of this project."

Assembly Member Patricia Fahy said, "As the nation's first-ever and oldest municipal airport - Albany International Airport has undergone several transformations that continue to cement it as the Capital Region's gateway, main transportation hub, and regional economic driver. These improvements, including the new exit 3, will help to reduce traffic congestion during peak hours, reduce commute times, and provide residents and visitors going to and from Albany International Airport alike with a new, directly accessible gateway to the Capital Region. I commend Governor Cuomo and the New York State Department of Transportation for their vision and for making this a reality after almost 50 years."

Assembly Member John T. McDonald said, "It is great to see this long overdue improvement for the residents of the eight county Capital Region finally come to fruition. Exit 3 will now exist at the Albany International Airport. The opening of this new Exit will ease the access to and from the airport and calm traffic for the businesses both on and off of Wolf Road. I am thankful for the Department of Transportation and Governor Cuomo's support in completing this project."

Assembly Member Phil Steck said, "We are thankful for Governor Cuomo's support in completing the Albany International Airport Transportation Corridor. Travel can be hectic enough without worrying about excessive traffic, and this project will not only relieve some of the stress of travel but also enable us to welcome more visitors to Albany. We are happy to see such a necessary project finally come to fruition."

Albany County Executive Daniel P. McCoy said, "This is an exciting and long overdue day for every Albany County and Capital Region resident who has ever struggled to get to catch their flight or been locked in congested traffic in the surrounding area. I'm proud to partner with a Governor who understands the nexus between our key infrastructure, tourism and economic development, and I look forward to the dividends that will come from a new Exit 3." 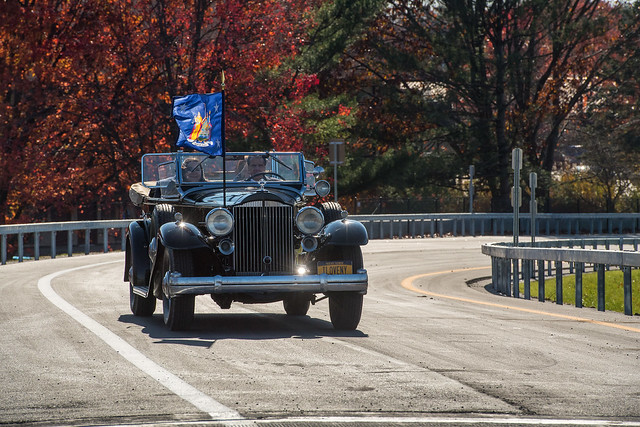 Albany Mayor Kathy Sheehan said, "The long-awaited new Exit 3 is a welcome development for all who use this important corridor - helping to safely and conveniently connect residents and visitors alike to the Albany International Airport. Thank you to Governor Cuomo, Commissioner Dominguez, and the New York State Department of Transportation for investing in our region and for making this important project happen ahead of schedule and under budget."

Schenectady Mayor Gary McCarthy said, "The completion of this transformational infrastructure project will support our continued economic growth in the Capital Region. I applaud Governor Cuomo for his leadership and investment to modernize our region's transportation network for local residents and businesses."

Troy Mayor Patrick Madden said, "I commend Governor Cuomo for making these essential improvements happen and ensuring Albany International Airport is accessible and up to modern standards. This project will undoubtedly enhance the lives of daily commuters on the Northway and the experiences of travelers to and from Albany. I am looking forward to seeing the positive effects on our economy and infrastructure as results of these developments."

Colonie Town Supervisor Paula Mahan said, “After years of discussing Exit 3, we are grateful for Governor Cuomo’s dedication to making it a reality. Our region and the travelers throughout it will no longer be burdened by unnecessary traffic that impedes travel. This will surely boost our economic growth and allow us to accommodate more travelers to our great region.”

Capital Region Chamber President and CEO Mark Eagan said, "This project had long been on our region's wish-list; Governor Cuomo made it a reality. The new Exit 3 provides an appropriate gateway to the Albany International Airport. Exit 3, along with the reconstructed Exit 4 and additional lane between exits 4 and 5, increases mobility and improves public safety."

Albany County Airport Authority CEO John O'Donnell said, "Governor Cuomo has exhibited a long-term commitment to improve New York's airports and that is evident today with the completion of Exit-3, the final step to provide safe and immediate access for our 1.5 million business and leisure travelers."

About the Upstate Airport Economic Development and Revitalization Competition

The $200 million Upstate Airport Economic Development and Revitalization competition calls on Upstate airports to envision the airport of tomorrow as the new gateway to the region. The Competition builds upon the success of Governor Cuomo's Master Plan Design Competition for LaGuardia and John F. Kennedy Airports, as well as the transformative efforts already underway at several downstate regional airports. Additional funding is being allocated through the Governor's Aviation Capital Grant Program, which supports safety, infrastructure, and economic development projects at smaller airports across the state.

The Competition is administered by the New York State Department of Transportation. Under the Competition, the State called upon airports to submit plans that: