Governor Andrew M. Cuomo today called for the New York State Public Service Commission to investigate the cause behind a major electrical failure at a Con Edison substation in Astoria, Queens shortly after 9 p.m. yesterday. While the incident did not cause any significant injuries or apparently result in damage to personal property, it did raise questions about the safety of the substation and Con Edison equipment while also disrupting operations at LaGuardia Airport, the No. 7 subway line of the MTA and the city's prison system at Rikers Island, which had to switch to back-up generators.

"The electrical failure in Queens was more dramatic than destructive but it understandably raised community concerns about the safety of the substation and Con Edison's equipment," Governor Cuomo said. "That's why I am asking the Public Service Commission to work together with Con Ed to investigate the electrical failure and identify the root cause to help ensure an incident like this never happens again.

The state also deployed Department of Environmental Conservation spill response staff to the scene and confirmed that the small amount of material spilled was contained onsite and no impacts to the environment were observed. Con Edison has reported that the spill has been cleaned up.

According to Con Edison, last night at approximately 9:12 p.m. an electrical fault occurred at the Astoria East Substation located at 20th Avenue and 32nd Street in Astoria Queens. The electrical fault on the 138,000-volt equipment caused a sustained electrical arc flash that was visible across a wide area. Con Edison crews responded with FDNY. The affected equipment was isolated to a single section within the substation.

The electrical failure in Queens was more dramatic than destructive but it understandably raised community concerns about the safety of the substation and Con Edison's equipment.

Con Edison has reported that Thursday's malfunction involved voltage-monitoring equipment at the substation, where high-voltage power is narrowed down to lower voltage for distribution. Normally when there is an electrical fault, a device similar to a circuit-breaker intervenes and quickly cuts off power to the affected equipment. In this incident, the device did not intervene and the electricity kept cycling through, causing the electrical flash. The affected equipment was isolated to a single section within the substation.

"Ensuring public safety is job number one for Con Edison and all utilities operating in New York State," PSC Chair John B. Rhodes said. "Our team of safety experts will commence an immediate investigation of what happened at the substation to help ensure that a repeat does not occur. If the company failed to adhere to our safety standards or otherwise adequately perform its obligations, we will commence a proceeding to determine whether further action is warranted." 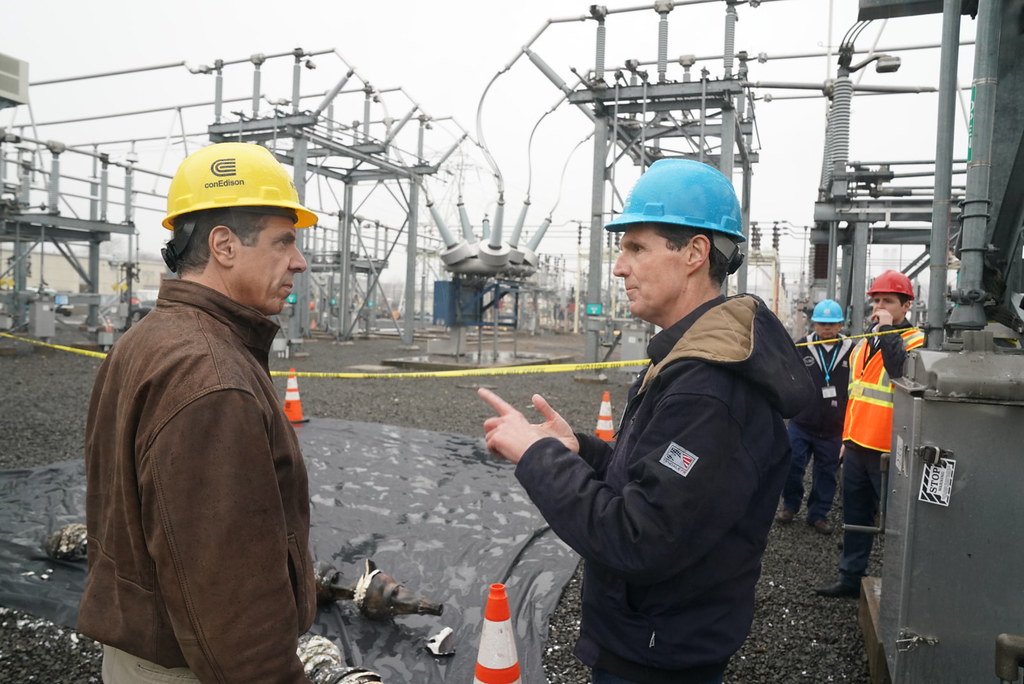 Con Edison has restored all major transmission lines associated with this event and is in the process of investigating the cause of the failure. While portions of LaGuardia Airport were temporarily closed due to power outages, full power has been fully restored and the airport quickly resumed normal operations. Additionally, power issues on the No. 7 subway route were resolved and the line is running local service. There were no other significant reported power outages.

Today's actions build on New York's continued work to protect public safety and to create a power supply that is cleaner and greener for the future. Two years ago, Governor Cuomo announced plans to accelerate the closing of Indian Point's nuclear reactors because of their location in a densely populated region of the state and their record on safety at the site. This year, New York will be the most progressive state in the nation with the launch of the green new deal that will make the state's electricity 100 percent carbon neutral by 2040.