Tours Current State of Recovery with Governor Rosselló and Highlights the Need for Immediate Funding to Rebuild $94.4 Billion in Damages

Governor Andrew M. Cuomo today called on the federal government to swiftly approve a robust federal aid package to rebuild the $94.4 billion in damages that the island has incurred following Hurricane Maria. Along with the wealth of resources that New York has directed to the island through the Empire State Relief and Recovery Effort and the Mutual Aid process, officials from New York joined with a number of other business and nonprofits in early November to assist the Puerto Rican government in its assessment of the damage. With the assessment now complete, the Governor traveled to Puerto Rico today to tour the current state of the recovery operations with Governor Rosselló and highlight the need for immediate funding and basic fairness from the federal government for all Americans.

"New Yorkers continue to stand with the people of Puerto Rico in the face of the ongoing crisis," Governor Cuomo said. "Puerto Rico still faces a long road to recovery, and the federal government should not only be ashamed of itself for the way it has handled this crisis, but for treating Puerto Ricans as second-class citizens. It's time for Congress to give this matter the attention it deserves and fully fund Puerto Rico's $94.4 billion recovery plan without delay."

Since the recovery process first began more than 70 days ago, Puerto Rico has made progress, however these improvements continue to be road blocked by the lack of a comprehensive response by the federal government. Not only is approximately one-third of the power still offline with $17.7 billion in grid and resiliency damages, but more than $31 billion in housing damages have been established. The Empire State Relief and Recovery effort will continue to support Puerto Rico with supplies and other resources, but in order to address the island's most glaring issues moving forward, the federal government must act immediately and fully fund a comprehensive recovery program.

While in Puerto Rico, Governor Cuomo will also meet and thank a group of New York utility workers who have traveled there through the mutual aid process to assist with the restoration of the island's power grid. New York has sent more than 450 utility workers from the New York Power Authority, Con Edison, National Grid, PSEG, Central Hudson Gas & Electric Corp, and AVANGRID to the island and these workers have been coordinating directly with the Puerto Rico Electric Power Authority in cooperation with the United States Army Corps of Engineers. In the immediate aftermath of Hurricane Maria, the initial teams of NYPA personnel assisted PREPA in triaging the damage and assessing virtually all of the island's 360 substations.

In addition to these utility workers, a NYPA-led, 28-member Tactical Power Restoration team that specializes in damage assessment of the power distribution system and a team of 15 who are assigned to help expedite the necessary filings for funding reimbursements with the Federal Emergency Management Agency have also been on the ground.

"New Yorkers continue to stand with the people of Puerto Rico in the face of the ongoing crisis."

In the immediate aftermath of the hurricanes, New York stood up the Empire State Relief and Recovery Effort to aid Puerto Rico. In addition to the aid distributed to the island, 156 volunteer medical personnel from across New York's health care community have traveled to Puerto Rico to provide citizens with critically-needed health care assistance across the island. The volunteer initiative was made possible by the generous efforts of Greater New York Hospital Association, the Healthcare Association of New York State, Community Health Care Association of New York State, New York State Nurses Association and 1199SEIU.

Emergency medical supplies also continue to be delivered to Puerto Rico via a partnership with GNYHA. Working together to coordinate all aspects of the missions, including securing private jets and purchasing more than $1 million in supplies, the partnership has delivered more than 30,000 lbs. of pharmaceuticals and medical supplies to 16 hospitals and health care organizations, and 12 community organizations to help ensure that Puerto Rican residents have access to critical medical care. Shipments have included vital medical supplies including 3,000 vials of insulin, transplant surgery drugs, pediatric oncology drugs, antibiotics and vaccines.

Governor Cuomo has also engaged the Partnership for New York City, the city's leading business organization, to establish the Puerto Rico Relief & Rebuilding Fund at New York Community Trust, a public foundation, that will make grants to local charitable organizations in Puerto Rico that are helping with recovery and rebuilding from the devastation of Hurricane Maria, focusing on the most needy households and communities. Funds and in-kind contributions are being solicited from the business community, with a minimum donation of $10,000. 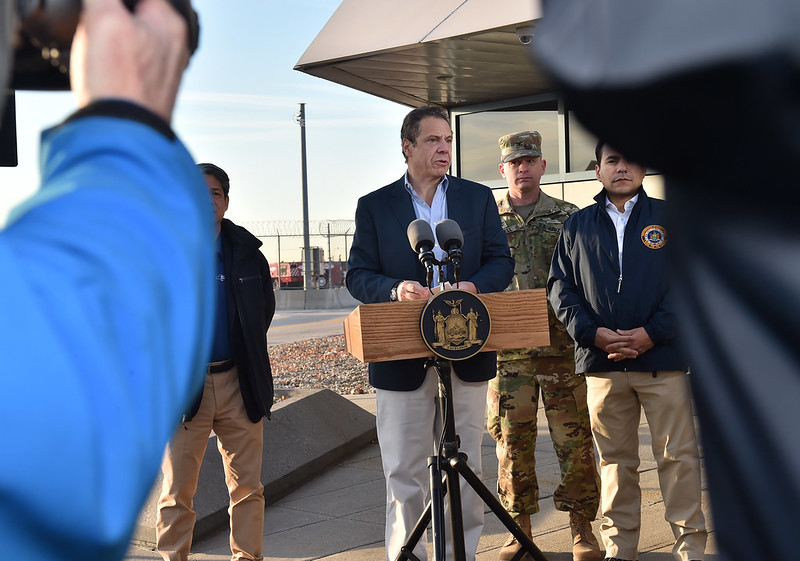 New York has delivered and distributed to Puerto Rico to date:

For more information about the recovery and relief efforts underway in Puerto Rico, and to learn how you can assist, please visit the Governor's Empire State Relief and Recovery Effort for Puerto Rico and the U.S. Virgin Islands webpage.