Cuts Taxes to Lowest Level in 70 Years for 345,000 Taxpayers in Western New York

Governor Andrew M. Cuomo today announced the Western New York highlights of the 2018 State Budget, which builds on the state’s fiscal discipline over the last six years while strengthening the middle class, reducing taxes, and making smart investments in New York's future. For the seventh consecutive year, the budget is balanced and holds spending growth below 2 percent. A video showcasing the Western New York highlights is available here.

Highlights of the Middle Class Recovery Act in Western New York include:

"We know that phase one of Buffalo Billion is working. You feel it. You walk down the street you see it on people’s faces. You hear it in restaurants, you hear it in bars. You see it in the numbers."

The Budget enacts the Governor’s landmark Excelsior Scholarship program to make college affordable for working- and middle-class families making up to $125,000 per year at SUNY and CUNY two- and four-year colleges. 68,712 Western New York families are eligible for the program. In addition, the Western New York will receive $55.5 million in capital funding to maintain and upgrade its SUNY Higher Educational facilities.

The FY 2018 Budget continues the progress made to strengthen educational outcomes and increase access to high-quality learning across New York State. The FY 2018 Budget increases Education Aid by $1.1 billion, including a $700 million increase in Foundation Aid, bringing the new Education Aid total to $25.8 billion or an increase of 4.4 percent. Under Governor Cuomo, School Aid has increased $6.2 billion or 32 percent over six years. The FY 2018 Budget increases School Aid in Western New York by $90.8 million, including a $50.1 million increase in Foundation Aid.

The FY 2018 State Budget begins middle class tax cuts for New Yorkers. In the first four years, Western New York taxpayers will save $350 million – an average tax cut of $1,319. When fully phased-in, the cuts will provide an average single-year benefit of $651 to more than 345,000 taxpayers in the region.

The FY 2018 State Budget enacts an enhanced middle class child care tax credit that will help more than 200,000 middle-class families make their child care more affordable. The new tax credit would supplement the current New York State Child and Dependent Care Tax Credit and more than double the benefit for families earning between $60,000 and $150,000, bringing the total credit from $169 to $376 per household on average.

The enhancement of the child and dependent care credit will provide 9,600 income tax filers in the Western NY Region with an average additional benefit of $181, totaling approximately $1.7 million in tax cuts for the region. 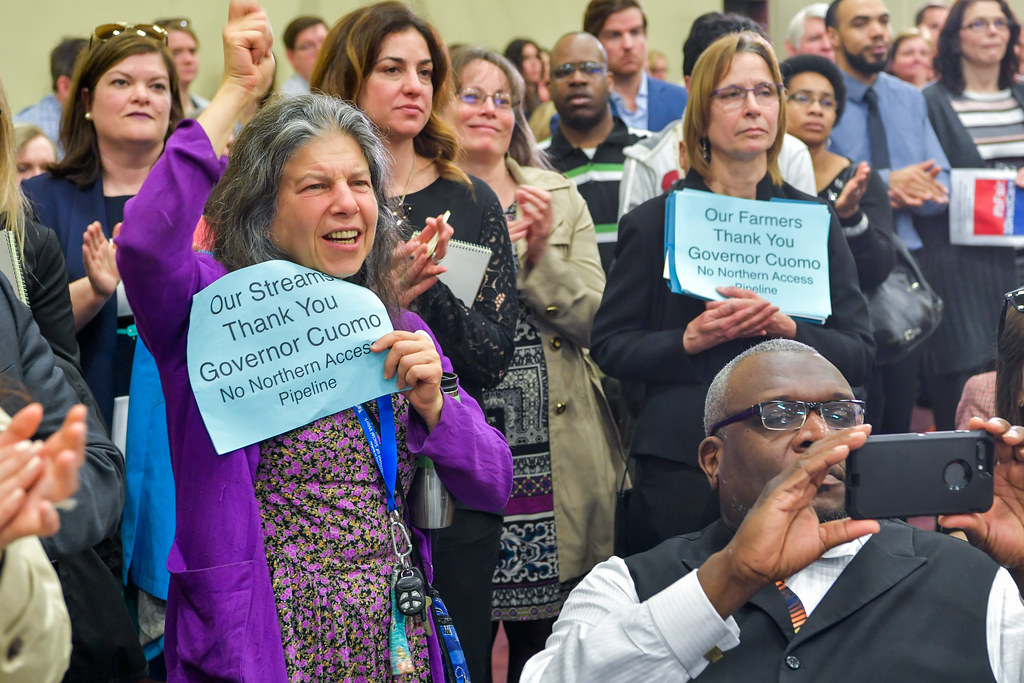 The FY 2018 Budget continues the Governor's efforts to relieve the property tax burden and builds on the success of the 2 percent property tax cap. The typical New York homeowner pays 2.5 times more in local property taxes than in state income taxes. This Budget will empower citizens to control the cost of local government by requiring counties to assemble local governments to find efficiencies for real, recurring taxpayer savings. The shared services plans will be required to go through hearings and a public comment period.

Given the looming threats from Washington, the FY 2018 Budget provides flexibility for the state to adjust spending during the fiscal year to account for a significant loss of federal aid. If either federal Medicaid or non-Medicaid federal support is reduced by $850 million or more, the Director of the Budget will develop a plan to make uniform spending reductions. This plan would take effect automatically unless the legislature passes their own plan within 90 days.

The first “Buffalo Billion” investment transformed Western New York, ushering in a new era and paving the way for business growth, job creation and an improved quality of life for residents throughout the region. The Governor’s strategic investments have put the Queen City back on the map as a global destination to live in and work, and for the first time in decades, millennials are growing roots in Buffalo, taking up high-tech, well-paying jobs, and establishing a home in Western New York. Supporting the highest employment in Buffalo's history, millennials are attracted to the region’s affordable property values. Additionally, unemployment has fallen from more than nine percent to around six percent, visitors to Canalside have increased more than tenfold since 2010, and Tesla at Riverbend is rising from the ashes of Republic Steel.

The FY 2018 Budget agreement builds on the success of the past six years of development by extending the Buffalo Billion transformation to the neighborhood level. This unprecedented investment in the Buffalo/Niagara area will strengthen connections between downtown, suburban and surrounding areas by utilizing the bottom-up approach and funding through Governor Cuomo’s Regional Economic Development Council Awards process.

Initial BB2-funded projects are outlined below.

43North, the world's largest business idea competition, has brought new start-up companies, young professionals and life to Buffalo, and Phase II of the Buffalo Billion proposes to double down on another five years of the world renowned 43North competition. The $25 million investment will include enhanced mentorship and continued 43North equity participation. 43North will also be part of an Innovation Hub which will be a comprehensive network of entrepreneurial support, leveraging the extensive resources of partner organization to accelerate the growth of life sciences and technology start-ups. Funding for 43 North includes continuing to invest in “The Pitch,” a business competition for Buffalo-area minority and women-owned businesses who aspire to innovate and grow their companies.

The FY 2018 Budgetinvests $20 million in the UB Medical School on the Buffalo Niagara Medical Campus to catalyze Western New York’s burgeoning life science industry and provide New Yorkers with the best health care possible.Investments will support new and expanded incubator, accelerator, lab and maker space to continue to accommodate the region's growth of start-ups, which are up 105 percent since 2012. This will help to better-commercialize the intellectual property created at colleges and universities as part of the entrepreneurial ecosystem. A $10 million Strategic Investment Fund will also fuel public/private partnerships in life science.

In addition to BB2, the FY 2018 State Budget includes the following investments to grow the region’s economy:

The FY 2018 State Budget invests in the new Western New York Welcome Center, located on Grand Island, which will become a vital component of New York's tourism industry which has an economic impact of more than $100 billion and supports more than 900,000 jobs. The Welcome Center will serve as an anchor for showcasing information on world-class destinations and historic sites in the Western New York Region and continue to drive economic development in the region.

The facility will operate year-round and include regional historical information and interactive tourism kiosks, a children's playground, Electric Vehicle charging stations, a motorcycle shelter and more.

$100 Million for Round II of the Downtown Revitalization Initiative, Including $10 Million for One Western New York Community

The FY 2018 State Budget includes $100 million for Round II of the successful Downtown Revitalization Initiative. The Initiative was created last year to support transformative housing, economic development, transportation, and community projects to attract and retain residents, visitors, and businesses to downtowns. The first round awarded $100 million last year to ten communities that are currently experiencing population loss or economic decline to develop revitalization plans for their downtown area, developed in collaboration with policy and planning experts.

$170 Million to Strengthen Roads and Bridges in Western New York

Under the leadership of Governor Cuomo, New York State is executing the largest infrastructure and development plan in the nation. The State’s $100 billion plan is reimagining our airports, increasing the capacity of our transit hubs, modernizing our subway, bus and commuter rail networks, and rebuilding roads and bridges across the state. The FY 2018 State Budget supports the following investments in Western New York’s transportation infrastructure:

Protecting the Environment for Future Generations

The FY 2018 State Budget includes $120 million to rehabilitate state parks through the New York Works Program, an increase of $30 million from FY 2017. Based on preliminary plans for FY 2018, Western New York State Parks and Historic Sites are expected to receive $10.5 million in New York Works funding.

The FY 2018 State Budget invests $3.8 million to begin Phase I of a project to replace the Red House Bridge and dam, as well as modernize the sewage treatment system serving the Quaker Lake area.

The FY 2018 State Budget continues to support the Environmental Protection Fund at $300 million – the highest level of funding in the program's history. The statewide investment includes $41 million for solid waste programs, $86 million for parks and recreation, $154 million for open space programs and $19 million for the climate change mitigation and adaptation program. Investments also include:


Investing in Healthcare and Wellness

The FY 2018 State Budget includes re-appropriations of $155.7 million to dramatically transform and enhance the delivery of health care in Western New York, in addition to the FY 2018 State Budget’s new $500 million statewide capital program under which regional awards will be made later this year. The $155.7 million investments supported by re-appropriations in the FY 2018 State Budget fund essential projects will improve patient care and make facilities more viable in the long term. This funding is a portion of a $3.3 billion commitment made by New York State over four years to help health care providers statewide fund critical capital and infrastructure improvements, as well as integrate and further develop health systems.

The FY 2018 State Budget adds new State funding that will leverage $20 million for annual funding for salary increases for direct care staff and direct support professionals in Western New York. The funding increase will support 10,000 employees working in the nonprofit sector that provide services on behalf of the Office for People with Developmental Disabilities, the Office of Mental Health and the Office for Alcoholism and Substance Abuse Services. These providers will also receive funding to support a 6.5 percent salary increase, which will be phased-in over a two-year period. The funding will also help non-profits mitigate recruitment and retention challenges and promote further professionalism in the industry.