Ban on Tandem Trailers on Major Highways Remains in Effect

Governor Andrew M. Cuomo this afternoon announced a travel ban on all state and local roads in thirteen downstate counties effective at 11 p.m. tonight. All MTA and Port Authority public transit systems will also be suspended beginning at 11 pm. until further notice.

The Governor urged commuters and motorists to get home well in advance of the 11 p.m. closures as the storm intensifies throughout the evening and travel conditions worsen. The National Weather Service has issued a blizzard warning for the greater New York City metropolitan area effective today and through Tuesday night. The National Weather Service forecasts snow accumulation of at least 1 ½ to 2 feet combined with wind gusts of up to 70 MPH on Eastern parts of Long Island. People in the region should continue to closely monitor weather forecasts and advisories.

"This blizzard is forecasted to be one of the worst this region has seen, and we must put safety first and take all necessary precautions," Governor Cuomo said. "Commuters and drivers need to get home as quickly as possible before the storm completely cripples our transit networks and roads. The State will close all roads and public transportation effective at 11 p.m. and we urge all New Yorkers to prioritize safety and be patient as we wait for this storm to pass."

Details of the road and transit closings are as follows:

On closed roads, only authorized emergency vehicles will be permitted. A violation of the travel ban is punishable as misdemeanor that includes fines of up to $300. The Governor today signed an Executive Order authorizing the State to institute the travel ban on local and state roads.

For more information or to keep up to date with the most recent information, New Yorkers can visit: http://ny.gov/blizzard2015.

Metro-North and LIRR customers can visit MTA.info and monitor MTA email and text message service alerts, or @LIRR or @MetroNorth on Twitter for information about train resumption schedules. LIRR station waiting rooms will remain open around the clock through Friday, January 30.

For road updates, New York State provides a travel advisory system that features real-time travel reports and road conditions, which can be accessed by dialing 511 or online at www.511ny.org. Thruway motorists are encouraged to sign up for TRANSalert e-mails which provide the latest traffic conditions along the Thruway. Motorists can sign up for TRANSalerts by following this link: http://www.thruway.ny.gov/tas/index.shtml. Thruway travelers can also get real-time updates by following @ThruwayTraffic on Twitter or by visiting http://www.thruway.ny.gov to see an interactive map showing traffic conditions for the Thruway and other New York State roadways. 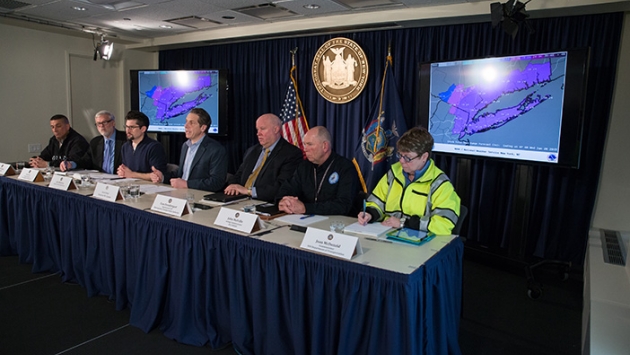 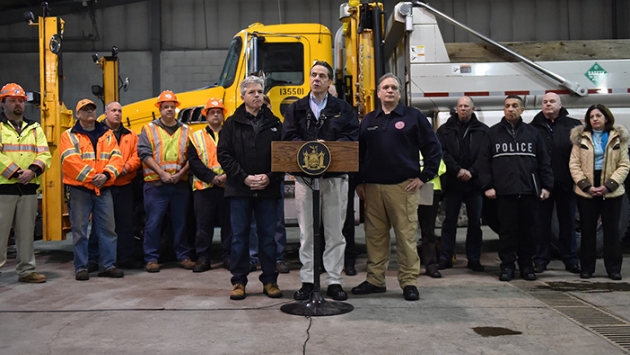 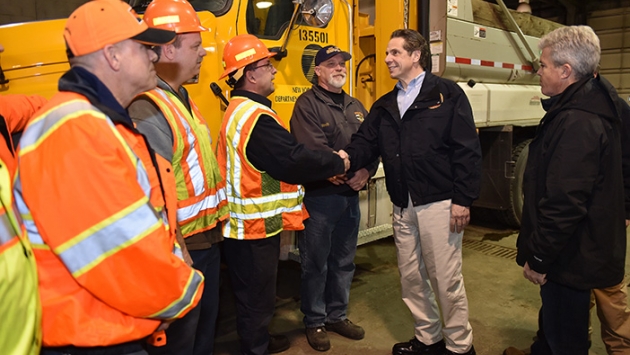 All Thruway and New York State Department of Transportation maintenance headquarters will be fully staffed around the clock for the duration of the storm. 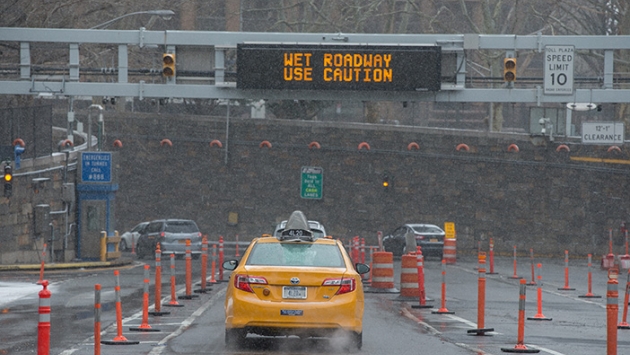 Governor Cuomo announced a tractor trailer ban will be in effect on major state highways beginning at 4:00 p.m. 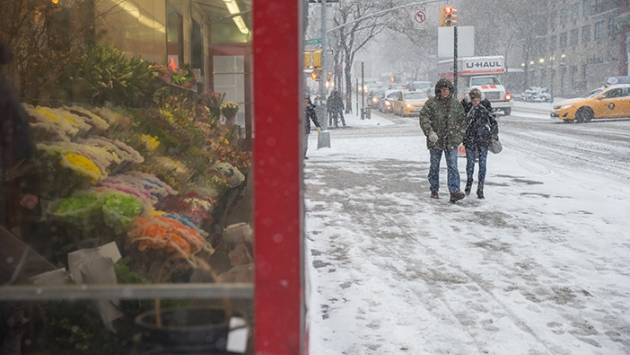 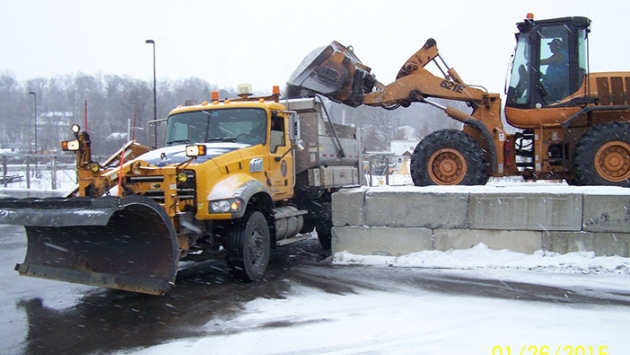 The State has activated 894 snowplows in the affected region and has more than 130,000 tons of road salt on hand. 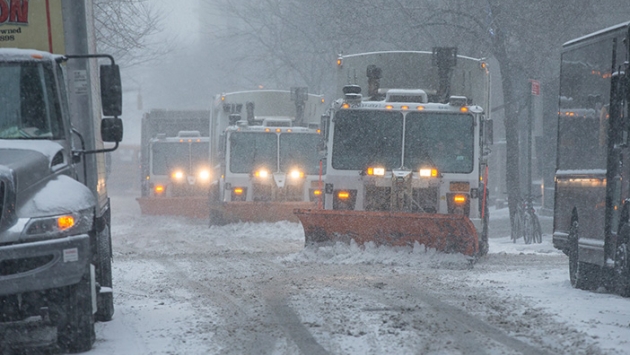 Department of Transportation snowplows are traveling from as far as Buffalo and Watertown to assist in the downstate operation, and the NYS Thruway Authority has shifted more than a dozen snowplows from other Thruway divisions toward the region. 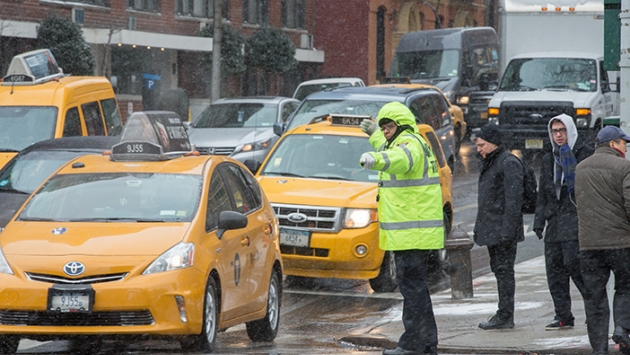 The State Police are ready to deploy 50 4x4 vehicles, 8 all-terrain vehicles and 8 ‎snowmobiles ‎in the region.