Governor Andrew M. Cuomo today announced Pitch NY, a workshop to provide aspiring filmmakers, producers and writers from across New York with resources and advice and connect with industry leaders to advance their careers. The event, hosted by the Governor’s Office of Motion Picture & Television Development and NBCUniversal Studios in collaboration with the National Hispanic Foundation for the Arts, is the latest of New York State's initiatives to promote the inclusion of diverse voices in the entertainment industry.

"New York is the cultural capital of the nation with a proud history of equality and diversity," Governor Cuomo said. "By connecting students from diverse backgrounds with leaders in film and television production, we are proud to be helping to foster the next generation of New York innovators and creating a stronger, more inclusive entertainment sector in this state."

The Governor’s Office of Motion Picture & Television Development works closely with studios and non-profit organizations to cultivate New York State’s homegrown talent and help build and expand pathways for aspiring content creators. In order to participate in the inaugural Pitch NY workshop, students interested in careers in the entertainment industry were selected by the National Hispanic Foundation for the Arts. The thirty-one student participants that were selected are undergraduate, graduate and recent alumni who hail from geographically diverse areas across New York State and represent a combination of public and private universities. 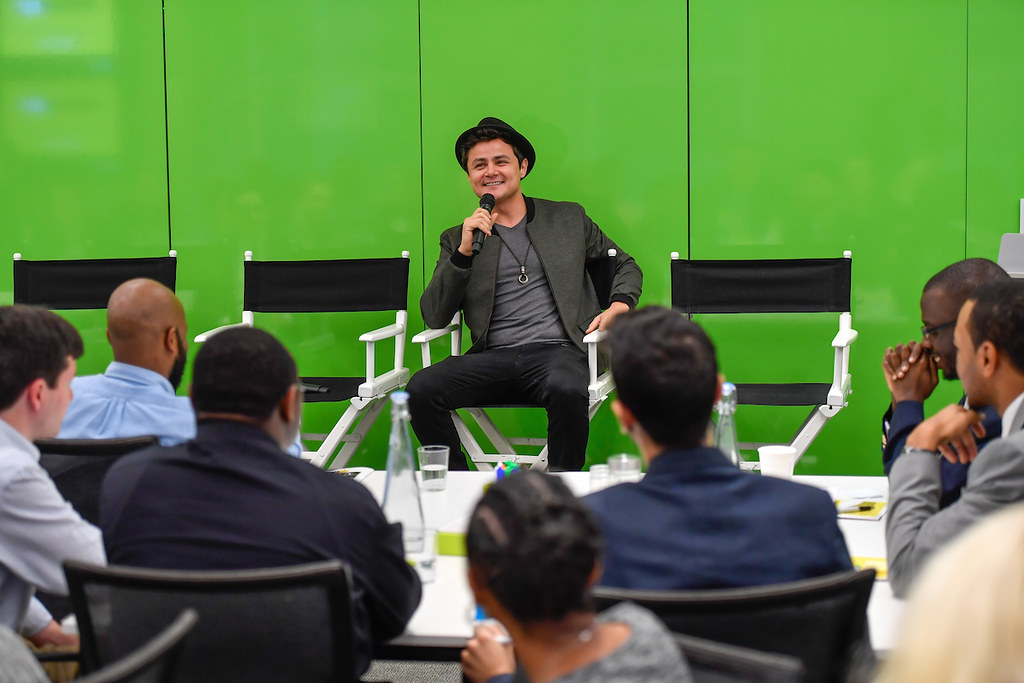 New media experts from Vimeo, Vice Media and Seeso, part of NBCUniversal, discussed industry trends and provided students with insight into the innovative and evolving content creation and distribution structure in a post-cable world. Representatives from Marvel, the Black American Film Festival, Universal TV and House of Cards provided advice and personal anecdotes to teach students how to advance their stories and break into the industry. Actor Arturo Castro, known for his work in Comedy Central's Broad City and Billy Lynn's Long Halftime Walk, joined the event to share his rise to fame and offer advice on how to entertain across all platforms.

Pitch NY students were also offered the opportunity to work with Empire State Development’s marketing team as part of a statewide marketing campaign. Students will be able to present story ideas for promotional New York State videos with the goal of highlighting New York’s longstanding role as a national leader in the fight for freedom and social justice and its connection to economic development. If the pitch is successful, students will be awarded $1,000 to produce a social media short and have the additional opportunity to have their content displayed on state websites as part of this statewide marketing campaign. The top winners will also receive a $5,000 grand prize for their work.

ESD President, CEO & Commissioner Howard Zemsky said, “New York State has become a highly competitive global marketplace for film and television production, which has resulted in billions of dollars in spending and the creation of more than 920,000 jobs across the state. Under Governor Cuomo’s leadership we are committed to helping young voices break into the industry and Pitch NY has given us the opportunity to work with studio executives, writers and developers to open doors and create jobs for all New Yorkers.”

Craig Robinson, EVP and Chief Diversity Officer, NBCUniversal, said, "As an industry leader in diversity and inclusion, NBCUniversal was especially honored to sponsor the first Pitch NY event. We thank Governor Cuomo for his shared commitment to fostering diverse talent in front of and behind the camera.”

Felix Sanchez, Chairman and Co-founder, National Hispanic Foundation for the Arts, said, "PitchNY is a groundbreaking opportunity for New York college students to present their story ideas to entertainment professionals from diverse media platforms. PitchNY is yet another major public/private partnership committed to greater inclusion in the entertainment business."