Governor Andrew M. Cuomo today announced the opening of the Black History Month exhibit honoring African-American civil rights leaders and activists, writers, philanthropists, an Arctic explorer, and the brave World War I Harlem Hellfighters regiment—all of whom have New York connections and have made a lasting impact on our state. The exhibit is located in the War Room on the second floor of the New York State Capitol and will run through the end of February. 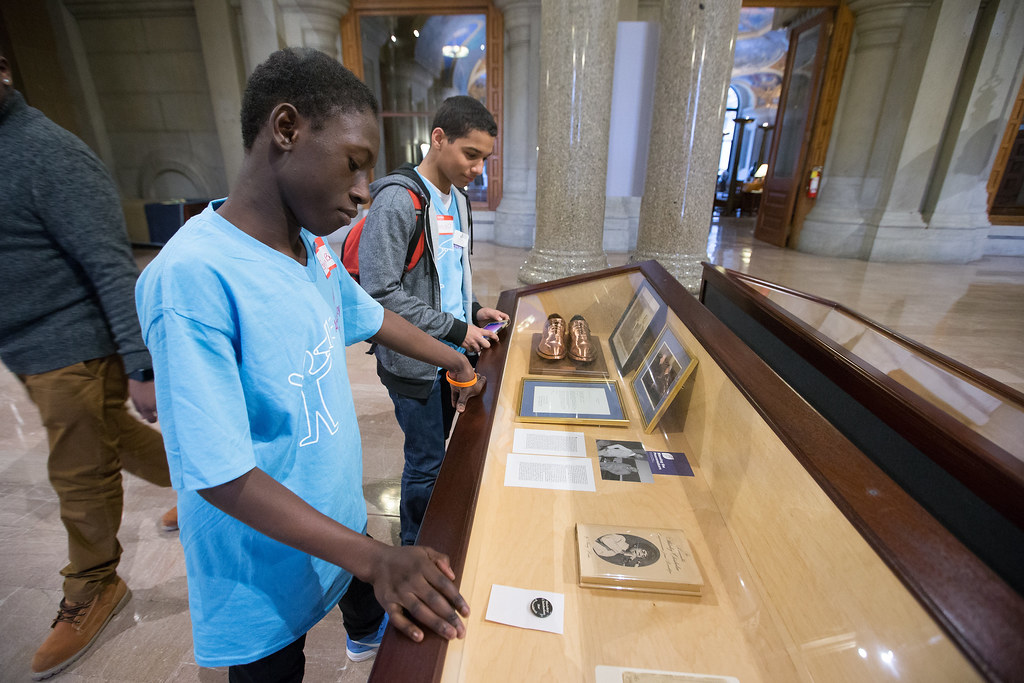 “This history is New York's history and it is the deeds and accomplishments of these men and women that helped build the foundation of equality and fairness that this state rests upon," Governor Cuomo said. "I urge residents and tourists alike to visit this exhibit and learn more about the contributions of these visionary African-American leaders and great New Yorkers."

This month-long pop-up museum exhibit also includes historic artifacts and documents that provide a glimpse into the lives and accomplishments of these dedicated African-Americans, such as toy soldiers of the Harlem Hellfighters, and the beauty care products sold door-to-door by a fleet of Madam C. J. Walker Manufacturing Co. saleswomen in the early 1900s.

On special loan to the New York State Capitol are the briefcase, personal documents, and several key historic letters of civil rights icon A. Philip Randolph, who led the first predominantly African-American labor union and served as the leader of 1963 March on Washington for Jobs and Freedom. After being displayed here, these items, loaned by the A. Philip Randolph Institute in Washington, D.C., will enter the permanent collection of the new National Museum of African American History and Culture, also located in Washington D.C. Also on display are personal effects of Arctic explorer Matthew Henson, on loan from The Explorers Club in New York City, including his fur-lined mittens and the compass from the Roosevelt schooner used in the historic 1909 expedition to the North Pole, led by Commander Robert Peary.

The following African-American leaders (listed in alphabetical order) are being recognized for their accomplishments at this exhibit:

The Black History Month exhibit is free and open to the public. For more information about visiting the New York State Capitol, please go to: http://www.ogs.ny.gov/esp/ct/tours/Capitol.asp