Theaters Must Open at 25 Percent Capacity; No More Than 50 People in Front of Each Movie Screen

Governor Andrew M. Cuomo today announced that movie theaters outside of New York City can reopen at 25 percent capacity under state guidance starting October 23. No more than 50 people are allowed in front of each screen in each movie theater at once. Theaters can only open outside of New York City in counties that have COVID-19 positivity rates of less than 2 percent on a 14-day average and do not have any cluster zones. Theaters will be subject to rigorous state guidance and enforcement.

"We hit 160,000 tests in one day, which is a record number and the highest we've ever done. When you're doing that level of tests you get down to the block level. And then, when you start to see a cluster, you oversample in that cluster, so you get even more data," Governor Cuomo said. "Beginning October 23, movie theaters outside of New York City will be allowed to reopen at 25 percent capacity with up to 50 people maximum per screen. This is outside of New York City in areas that have infection rates below 2 percent on a 14-day average and have no cluster zones."

We hit 160,000 tests in one day, which is a record number and the highest we've ever done.

State guidance on the reopening of theaters includes the following conditions:

In "Red Zone" focus areas included as part of the Governor's Cluster Action Initiative, the positivity rate for test results reported yesterday is 4.34 percent - down from 4.84 the day before. 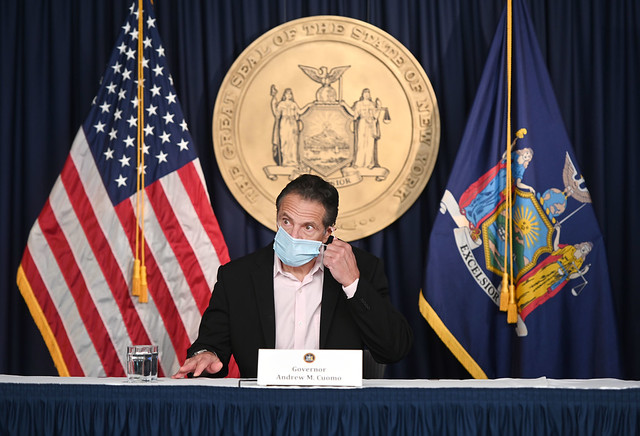 Each region's percentage of positive test results reported over the last three days is as follows:

Each New York City borough's percentage of positive test results reported over the last three days is as follows:

Of the 482,891 total individuals who tested positive for the virus, the geographic breakdown is as follows:

Yesterday, there were 9 deaths due to COVID-19 in New York State, bringing the total to 25,637. One person who passed away in New York State yesterday was not a New Yorker. A geographic breakdown is as follows, by county of residence: