New York City Remains on Track to Enter Phase One of Reopening on Monday, June 8th

Governor Andrew M. Cuomo today announced the state has reached the lowest number of hospitalizations and deaths since the beginning of the COVID-19 pandemic. The number of total hospitalizations was down yesterday to 2,603 from a record-high of 18,825 during the peak of the pandemic, and 35 people in New York passed away due to COVID-19, down from a record-high of 800 just eight weeks ago.

Governor Cuomo also announced places of worship will be permitted to reopen with 25 percent occupancy with all social distancing protocols in place during phase two of reopening. Places of worship in the seven regions that have already entered phase two - the Capital Region, Central New York, the Finger Lakes, the Mohawk Valley, the North Country, the Southern Tier and Western New York - can reopen beginning tomorrow, June 7th.

The Governor also announced he will issue an Executive Order allowing commercial buildings to conduct temperature checks for anyone entering the building as office workers begin to return to the workplace.

But people still have to stay smart and follow all the necessary precautions and guidelines because if the metrics start to change, the reopening will have to be slowed down.

The Governor also announced that in anticipation of New York City's reopening, the state is deploying over one million masks, as well as 25,000 gallons and 500,000 2 oz. bottles of sanitizer to the MTA.

"The reopening of the economy is a valve - we said we were going to open the valve incrementally and then watch the metrics, and our metrics today are all very good so we're going to open the valve more than we originally anticipated," Governor Cuomo said. "We now have the lowest number of hospitalizations and deaths from coronavirussince this pandemic began - which is great news - so we are going to accelerate the opening of temples, mosques and churches and allow these places of worship to open with up to 25 percent capacity in phase two. But people still have to stay smart and follow all the necessary precautions and guidelines because if the metrics start to change, the reopening will have to be slowed down." 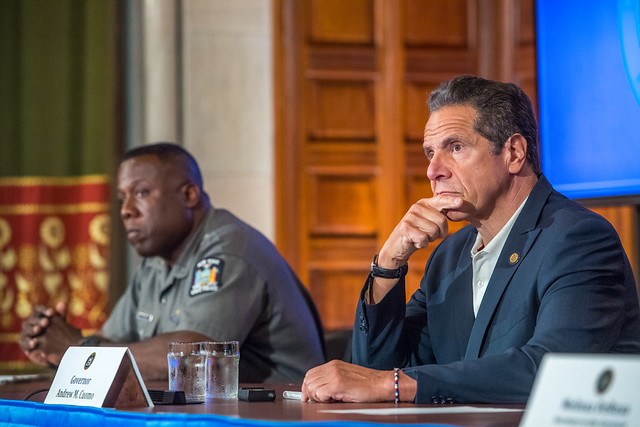 Finally, the Governor confirmed 1,108 additional cases of novel coronavirus, bringing the statewide total to 377,316 confirmed cases in New York State. Of the 377,316 total individuals who tested positive for the virus, the geographic breakdown is as follows: