"For more than a century, Welch Allyn has been a key driver of the Central New York economy, and this expansion will create more than 100 new high-paying jobs for the region," Governor Cuomo said. "From Regional Economic Councils to the Upstate Revitalization Initiative, our strategic investments are generating momentum and economic growth across the state. The expansion displays Hill-Rom's unyielding commitment to Central New York, and the resiliency and rising power of the Upstate economy."​

Hill-Rom Holdings, Inc., is a global medical technology company based in Chicago that partners with health care providers in more than 100 countries to enhance outcomes for patients and their caregivers. The company’s patient-care solutions aim to improve economic and clinical outcomes in the areas of advancing mobility, wound care and prevention, clinical workflow, surgical safety and efficiency, and respiratory health, backed by advanced medical diagnostic equipment with a wide range of connected solutions. More information about Hill-Rom Holdings, Inc. is available here.

For more than a century, Welch Allyn has been a key driver of the Central New York economy, and this expansion will create more than 100 new high-paying jobs for the region.

Hill-Rom President and CEO John J. Greisch said, “We are grateful to Governor Cuomo, Empire State Development, Senators Schumer and Gillibrand, Congressman Katko, State Senator DeFrancisco and Assemblyman Finch, as well as the Onondaga County Office of Economic Development and CenterState CEO, and their teams for their commitment and support to bringing well-paying jobs to Central New York. Hill-Rom is delighted to be strengthening our presence in the area through these critical economic development programs.”

In 2015, Hill-Rom acquired Welch Allyn, a medical device company with a significant presence in Central New York for more than 100 years. Empire State Development, the state’s economic development agency, worked with the company to ensure operations would continue in Skaneateles Falls. As a result of these efforts, ESD has offered Hill-Rom an incentive package of up to $12 million, including $6 million in performance-based Excelsior tax credits and a $6 million Upstate Revitalization Initiative grant – both of which are tied directly to job creation and investment commitments. Additionally, the Onondaga County Industrial Development Agency is expected to approve local incentives in the near future.

Empire State Development President, CEO & Commissioner Howard Zemsky said, “Welch Allyn has been an important member of the Central New York community for over a hundred years and we are very excited with the decision to grow and expand in Skaneateles Falls. Across New York State, regional economies are thriving due to our innovative approach to economic development, established by Governor Cuomo, which enables us to focus on each area's strengths and needs. Central New York has done a tremendous job securing resources and directing targeted investments that are strengthening the local economy and creating good jobs across the region.”

Onondaga County Executive Joanie Mahoney said, “Under Governor Cuomo’s leadership, Central New York is experiencing remarkable revitalization and economic progress. This announcement is the latest evidence that our economy is stronger than ever. With hundreds of jobs and millions of dollars invested, this expansion sends a strong message that Onondaga County is a great place for businesses to grow and flourish.”

Assemblyman Gary Finch said, “This is a tremendous day for our community, and the new jobs and resources will have a ripple effect of economic growth for the region. This momentous expansion reinforces the fact we are a region on the rise thanks to the leadership and commitment of Governor Cuomo. Together, we are establishing a business climate that encourages expansion and job creation, and the Welch-Allyn expansion is proof that Central New York will continue to see growth for generations to come.”

Central New York REDC Co-Chairs Dr. Danielle Laraque-Arena and Robert M. Simpson said, “Over the past several years, New York State has made strategic investments in the economy of Central New York to promote business development and job growth. We are reaping the rewards of those investments with this announcement of a multi-million dollar expansion and hundreds of new jobs for the region. Governor Cuomo’s vision for Central New York includes a booming economy with high paying jobs and flourishing businesses, and this announcement is proof that that vision is a reality.” 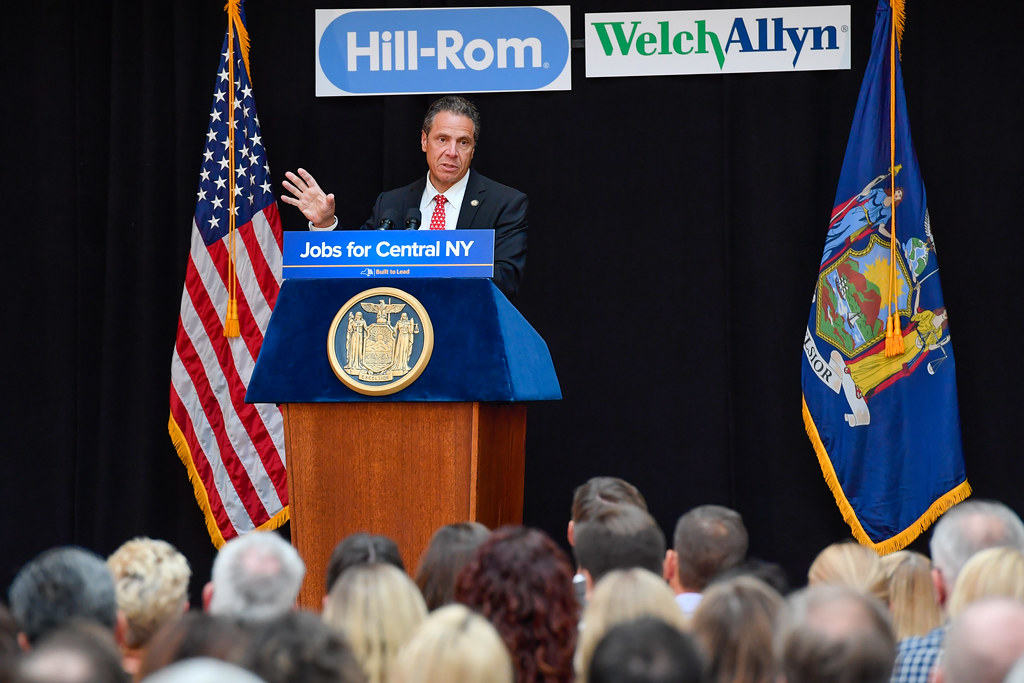 Today's announcement complements “Central NY Rising,” the region’s comprehensive blueprint to generate robust economic growth and community development. The State has already invested nearly $3 billion in the region since 2012 to lay the groundwork for the plan – capitalizing on global market opportunities, strengthening entrepreneurship and creating an inclusive economy. Today, unemployment is down to the lowest levels since before the Great Recession; personal and corporate income taxes are down; and businesses are choosing places like Syracuse, Oswego and Auburn as a destination to grow and invest in.

Now, the region is accelerating Central NY Rising with a $500 million State investment through the Upstate Revitalization Initiative, announced by Governor Cuomo in December 2015. The State’s $500 million investment will incentivize private business to invest well over $2.5 billion – and the region’s plan, as submitted, projects up to 5,900 new jobs.