Governor Andrew M. Cuomo today announced that the Buffalo-based Roswell Park Cancer Institute will launch a groundbreaking clinical trial of CIMAvax-EGF – a Cuban-developed lung cancer treatment. The announcement comes on the heels of Governor Cuomo’s landmark trade mission to Cuba last year, where he facilitated and secured the first-in-the-nation partnership between Roswell Park and the Havana-based Center of Molecular Immunology. The joint venture makes Roswell Park the first medical institution to receive FDA permission to sponsor testing of a Cuban medical therapy in the United States. The new study – which is the culmination of formal agreements between state, federal and Cuban officials during the historic 2015 trade mission – is expected to begin in November.

“This groundbreaking trial at Roswell Park is the result of our historic partnership with Cuba, and is a testament to New York’s storied legacy as a national leader in progress and innovation,” Governor Cuomo said. “With Roswell Park at the forefront of world-renowned medical research, we are this much closer to making a breakthrough that will combat cancer and save lives. This latest milestone marks another chapter in Buffalo’s success story, and we look forward to seeing the impacts of this partnership resonate in New York and across the nation.”

As the premiere U.S.-Cuban joint business venture licensed to undertake research, development and commercialization of biomedical technology, the Roswell Park-CIM partnership will foster expanded collaboration between the two medical centers. Roswell Park is the nation’s sole site authorized to offer the clinical trial – which is primarily funded through the Roswell Park Alliance Foundation. The study will take approximately three years to complete and will enroll between 60-90 patients.

Congressman Brian Higgins said, "Roswell Park Cancer Institute is a special place, home to the best medical professionals and researchers fighting alongside those diagnosed with cancer each and every day. The new partnership between Roswell Park Cancer Institute and CIM, supported by Governor Cuomo, has the potential to revolutionize lung cancer treatment – giving more people the care and hope they deeply deserve and need. This partnership shows what is possible when the talent and ambition of doctors and researchers is combined with a will to improve the world around us – and it’s happening right here in Buffalo.”

Lieutenant Governor Kathy Hochul said, “Today’s announcement is further evidence that the eyes of the world are on Buffalo like never before, bolstered by strategic investments and international relationships. By reaching across borders and bringing together the brightest minds in the medical research field, this first-in-the-nation project brings the real potential to save lives.”

Senator Tim Kennedy said, “Today’s announcement marks the beginning of a new and fruitful relationship with Cuba and a new union that will help us to save lives. Roswell Park’s innovative studies have led to incredible advances in the fight against cancer, and in this new partnership with Cuba’s Center for Molecular Immunology, we move one step closer to our goal of completely eradicating the threat of cancer once and for all.”

With Roswell Park at the forefront of world-renowned medical research, we are this much closer to making a breakthrough that will combat cancer and save lives.

Assemblywoman Crystal Peoples-Stokes said, “New York has a long history of leadership in pioneering innovative medical research, and this latest momentous project puts New York on the forefront of the latest advancements in medical care and cancer treatment. Thanks to Governor Cuomo’s commitment to the global exchange of ideas, patients in need will be able to access this potentially life-saving treatment. Today’s announcement will bring new hope to patients and families in New York, and I look forward to seeing other states follow Governor Cuomo’s inspiring leadership on this issue.”

Buffalo Mayor Byron W. Brown said, “The future of New York State depends on us building a strong and healthy generation today. The Buffalo region, with unprecedented attention from New York State, has established itself as a capital of innovation and expertise in every sector from biology to technology – and now, we are a home for hope. I applaud Governor Cuomo for bridging the partnership between Roswell Park and CIM as they work to further development of this promising treatment for cancer, and pledge my continued support in advancing our collective fight against cancer for a brighter tomorrow.”

Roswell Park President and CEO Candace S. Johnson, PhD said, “We are grateful to Governor Andrew Cuomo for setting us on the path to this momentous announcement and to the White House and the federal departments of State, Commerce, Treasury and Health & Human Services for working with us on this, supporting and enlightening our path toward this collaborative relationship. This would not have happened without the vision of Governor Cuomo, who brought New York state leaders to Cuba, foreshadowing the enhanced collaborations between our two countries.”

Chief of Strategy, Business Development and Outreach at Roswell Park Thomas Schwaab, MD, PhD said, “This is a historic time with historic opportunities to break down barriers and combine efforts. Roswell Park and the CIM have so much to learn from one another. The whole goal of our groundbreaking clinical and commercial collaborations is to unite ideas and resources to maximize the possible benefits for patients worldwide, as quickly as possible.”

Empire State Development President, CEO & Commissioner Howard Zemsky said, “When I travelled to Cuba last year with Governor Cuomo and Dr. Johnson, we were eager to facilitate relationships between New York State and Cuba and today we can proudly say that our historic New York Trade Mission to Cuba may save lives. As the first American center to receive FDA authorization to sponsor a clinical trial of a Cuban immunotherapy, Roswell Park will be helping to lead the fight against cancer."

New York State Department of Health Commissioner Dr. Howard Zucker said, “As the leading cause of cancer death among New Yorkers, we must do everything possible to prevent and treat lung cancer. This historic partnership between Buffalo’s Roswell Park, one of the country’s premiere cancer treatment centers, and Cuba’s Center of Molecular Immunology in Havana, brings groundbreaking cancer treatment and new hope of eradicating this horrible and debilitating disease.” 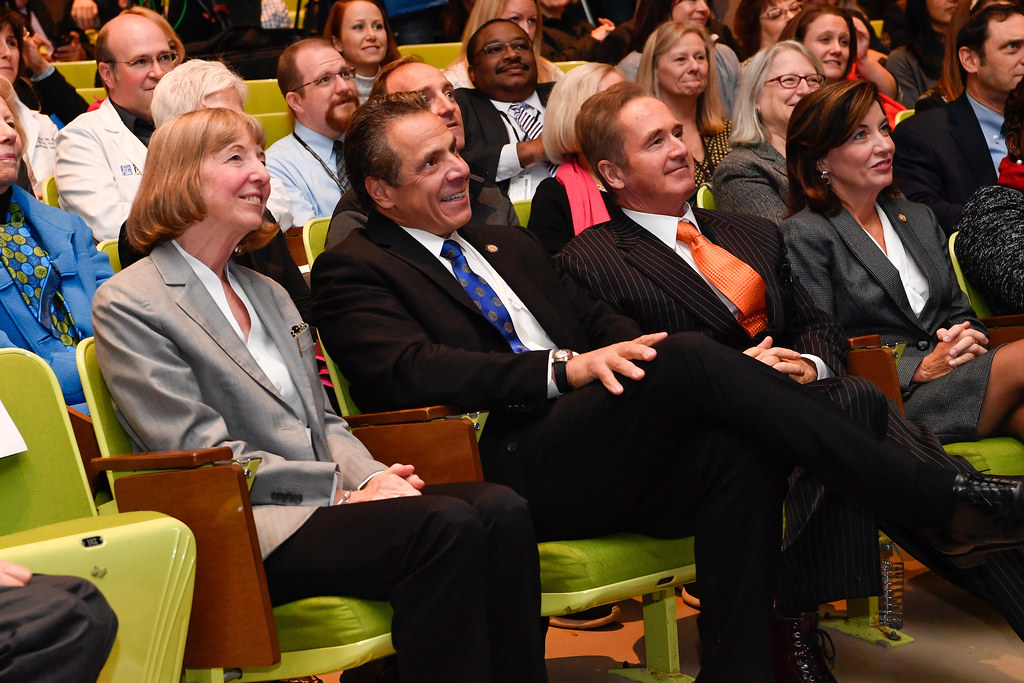 In April 2015, Governor Cuomo led a two-day trade mission to Cuba where more than a dozen New York industry leaders convened with Cuban officials to find ways to initiate new economic partnerships as the United States and Cuba began the process of normalizing relations. During the trip, Roswell Park Cancer Institute signed an agreement with Cuba’s Center for Molecular Immunology to develop a unique lung cancer vaccine with a clinical trial at Roswell Park.

The trade mission facilitated face-to-face connections and enabled the two parties to reach an agreement on the final details – including the testing of the CIMAvax-EGF vaccine for lung cancer, which is already in use in Cuba. The vaccine – the result of over 25 years of study by CIM researchers – has already shown promise in controlling lung cancer, not only in Cuba, but also in Bosnia and Herzegovina, Colombia, Paraguay and Peru. More than 4,000 lung cancer patients have been treated with CIMAvax-EGF in worldwide clinical trials.

The most recent, randomized study conducted by CIM scientists indicates that patients treated with the vaccine have significantly improved overall survival and quality of life compared to lung cancer patients who did not receive the vaccine, and with minimal side effects. Roswell Park researchers believe that CIMAvax-EGF may prove effective in preventing primary lung cancers — and potentially as a treatment for other cancers, such as head and neck, colon, breast, prostate and pancreas cancers.

About Roswell Park Cancer Institute
Roswell Park Cancer Institute (RPCI) is to understand, prevent and cure cancer. Founded in 1898, RPCI is one of the first cancer centers in the country to be named a National Cancer Institute-designated comprehensive cancer center and remains the only facility with this designation in Upstate New York. The Institute is a member of the prestigious National Comprehensive Cancer Network, an alliance of the nation’s leading cancer centers; maintains affiliate sites; and is a partner in national and international collaborative programs. For more information, visit www.roswellpark.org, call 1-877-ASK-RPCI (1-877-275-7724) or email [email protected]. Follow Roswell Park on Facebook and Twitter.

A Historic Collaboration: Watch the video below detailing the impact of the cancer treatment.