Governor Andrew M. Cuomo today announced the grand opening of the new $37 million DoubleTree Hotel by Hilton in downtown Niagara Falls. The project, which included the demolition of a portion of the former Fallside Hotel and Conference Center, along with the renovation of a four-story section of the building, connects to a newly constructed nine-story tower. The grand opening of the hotel coincides with the state’s work to enhance access to the waterfront on the Niagara Scenic Parkway, the former Robert Moses Parkway. The property was developed by Merani Hotel Group.

“Niagara Falls is a natural gem here in New York State and this is exactly the type of project that will attract even more people to discover the wonders of this treasure,” Lieutenant Governor Hochul said. “Under Governor Cuomo’s leadership, this area has experienced an exciting transformation that has boosted tourism, provided good-paying jobs and secured its status as a world-class travel destination for many years to come.”

“We are very proud to be opening our third hotel in Niagara Falls, NY,” Merani Hotel Group President Faisal Merani said. “From the moment we announced this project I have had a countless number of people telling me stories about the glory days of the Parkway Inn; about the time they spent in the bar, about having weddings and proms in the ballroom. Of course those stories were always followed by sadness that the property has fallen into such disrepair. I hope that with our $37 million investment, we can bring those glory days back, and create whole new stories and experiences at this historic property. ”

The 192-room hotel, located adjacent to Niagara Falls State Park and overlooking the Upper Rapids of the Niagara River, boasts 16,000 square feet of meeting and banquet facilities, including a ballroom that can hold weddings of up to 450 people. The full service steakhouse, Parkway Prime, serves breakfast, lunch and dinner with an outdoor patio area facing the Niagara River. The project helps to fulfill the need for additional quality downtown lodging, creates new jobs and contributes to the overall beautification and usability of the area.

NY's commitment to Niagara Falls, including the ...recent renovations to Niagara Falls State Park and the private-public developments in downtown, are all helping this vibrant city realize its true potential as a world-class tourist destination.

“New York State’s strategic economic development blueprint for Niagara Falls tourism has paved the way for significant private investment that is transforming the area,” Empire State Development President, CEO & Commissioner Howard Zemsky said. “The Merani Hotel Group’s redevelopment of the Fallside Hotel and Conference Center into a Doubletree by Hilton hotel is further evidence of the state’s commitment to job creation and the revitalization of this iconic destination.”

Including the Doubletree Hotel, downtown Niagara Falls has five new hotels recently completed or currently under construction and one hotel renovation/retail expansion project, totaling nearly 600 new rooms and more than $90 million in total project costs. USAN has also acquired the historic Hotel Niagara for future development and is working on a development agreement for the Wonder Falls Resort, a proposed adaptive reuse of the former Rainbow Centre Mall that has a hotel component.

New York State is also investing more than $60 million in infrastructure improvements for the Niagara Scenic Parkway. The southern section (Riverway Project), with full completion expected in spring 2017, includes $20 million to restore access to the waterfront and in Niagara Falls State Park by removing a mile of former elevated expressway that once stood between the city and the upper Niagara River. This will boost tourism by facilitating hiking, biking, fishing and cross-country skiing, all accessible from city streets for the first time in more than 50 years. 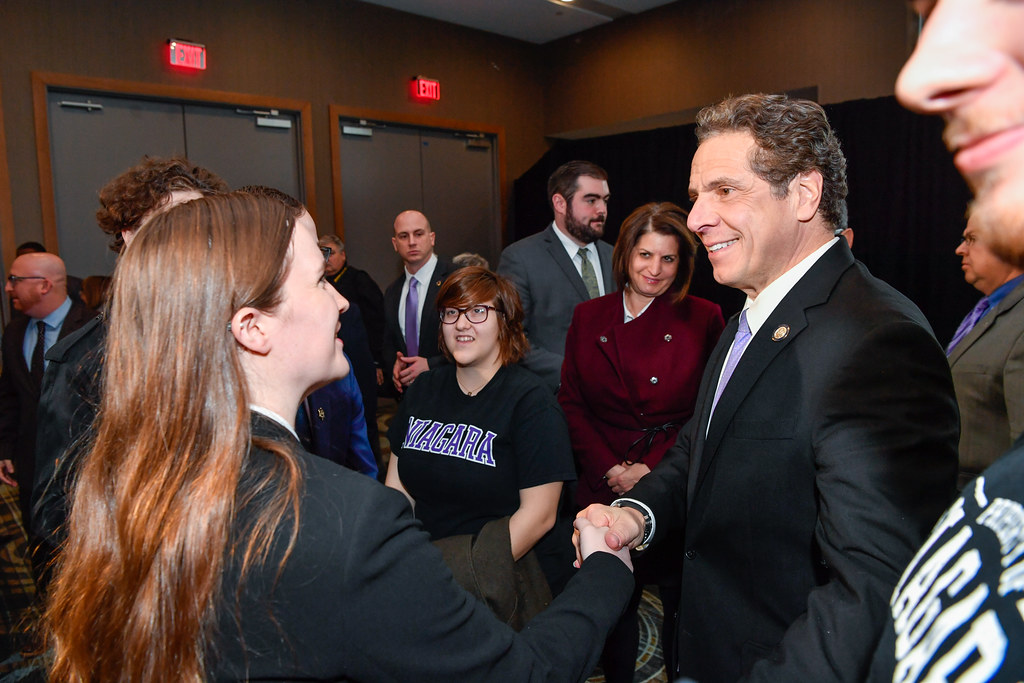 The northern section involves removal of an underutilized two-mile segment from Main Street to Findlay Drive to be replaced with open space, scenic overlooks and recreational trails to make the waterfront more accessible. The $42 million project marks the largest expansion of green space since the Niagara Reservation was designed in 1885 and will link the Niagara River Gorge and Falls into a single destination to allow easier access to the water’s edge.

City of Niagara Falls Mayor Paul Dyster said, “The Governor’s investments in Niagara Falls and laser-like focus on Western New York has resulted in unprecedented economic growth and opportunity. This new hotel, the fifth under construction in in recent years, will build on the progress we have achieved and spur additional gains – creating jobs and driving tourism in the region. Niagara Falls has a strong partner in Governor Cuomo, and I look forward to working together to keep the momentum moving forward for generations to come.”

Assemblyman Angelo J. Morinello said, “This project marks a milestone for the region and one that is demonstrative of the progress we have made in transforming Niagara Falls into a hub for tourism, job growth and economic opportunity. This new hotel will provide high-quality lodging to travelers from all over who visit this world-class destination and ensure we are equipped to meet the demands of 21st-century travel and tourism. I thank the Governor for his commitment to the region and look forward to realizing the economic benefits this new hotel will bring.”