Governor Andrew M. Cuomo today announced that North American Breweries, Inc. will invest $49.1 million to create a world-class brewery and beer destination at its Genesee Brewery in Rochester. The investment will create 128 jobs, spur development in Northeast Rochester and draw hundreds of thousands of tourists to the area. The Governor made the announcement at the Genesee Brew House in Rochester where he signed legislation to modernize New York’s archaic 80-year-old Alcoholic Beverage Control Law.

“The expansion of the Genesee Brewery is a symbol of the economic renaissance unfolding throughout the Finger Lakes and an important example of how we are leveraging the region’s resources to generate growth and opportunity,” Governor Cuomo said. “We will continue to investing in New York’s burgeoning beverage industry to raise the profile of New York’s unparalleled products, create jobs and unleash potential for future economic growth.”

The project includes the installation of one of the most advanced brewing systems in the world; expansion of the Genesee Brew House restaurant and tasting room; improvements to and an expansion of the pilot brewery; and a new event space. The multi-phase project will culminate in the creation of an “Eco-Brewery District” that will provide a sustainable destination for brewing, tasting and learning about beer in Rochester. The designation of “Eco-Brewery” aligns with the company’s philosophy of helping to sustain its neighborhood and beer and brewing community while reducing its environmental footprint.

Genesee currently employs 592 people in Rochester and will create 128 jobs as a result of the project – 64 of which will be set aside for people affected by poverty. The Eco-Brewery District and expansion project was identified in Finger Lakes Forward, the Finger Lakes Regional Economic Development Council’s Upstate Revitalization Initiative Plan, as a highlighted Year One initiative. The incentives are based on North American Breweries meeting private investment and job creation milestones over a 10-year period.

Empire State Development will provide up to $4.5 million in performance-based Excelsior Jobs Program tax credits in return for North American Breweries’ job creation commitments. Through the Upstate Revitalization Initiative, ESD will also provide a $5 million capital grant. Up to $3 million of the URI capital grant is tied to North American Breweries hiring 64 persons impacted by poverty. The FLREDC identified poverty reduction as a primary goal in its URI strategic plan, in partnership with the Rochester-Monroe Anti-Poverty Initiative.

The Eco-Brewery district project includes an 18,000-square-foot expansion and the demolition, construction and purchase of new tanks and brewing equipment. Working in collaboration with Monroe Community College, the district would also support workforce development for the beer industry. In addition, the district would be marketed as a tourist attraction that aligns with the High Falls Gorge nearby the low-income Northeast neighborhood.

As the oldest brewery in New York State, Genesee has a great opportunity to help Rochester become a premier destination for beer and brewing.

“Over the past six years, North American Breweries has invested $70 million in Genesee, creating 250 new jobs in the beer industry. Genesee has been a big part of the brewing renaissance in Rochester,” said North American Breweries CEO Kris Sirchio. “As the oldest brewery in New York State, Genesee has a great opportunity to help Rochester become a premier destination for beer and brewing. With all the great breweries in Western New York, there is no better time than now to create an Eco-Brewery District that will attract hundreds of thousands of visitors each year while generating new jobs and investment in the Northeast district of Rochester. “

Assemblyman Joseph Morelle said, “This investment in the Genesee Brewery will grow an important cornerstone of our community and ensure that our craft beverage industry continues to thrive right here in Rochester. I thank Governor Cuomo for signing this important piece of legislation today and for his commitment to building a brighter future for the Finger Lakes region. This is the perfect example of what we can achieve when the state and private sector work together and I look forward to seeing our progress develop in the years to come.”

Senator Joe Robach said, “From agriculture to photonics, the Rochester region is home to lucrative industries that form the backbone of our economy and today we are making an important investment that will continue building on our assets. The investment in Genesee Brewery will generate new opportunities for our region by creating jobs, attracting private investment and solidifying Rochester’s role as an important craft beverage producer. I am proud to work with Governor Cuomo to continue generating opportunities for our region’s businesses and our workforce and I thank him for signing this legislation today.”

Rochester Mayor Lovely Warren said, “We are placing Rochester on a path toward success by investing in our assets to help businesses grow, to create more jobs, safer and more vibrant neighborhoods and better educational opportunities. In doing so we’ve had a great partner in Governor Cuomo. Today’s investment in the Genesee Brewery is a manifestation of the Governor’s commitment to helping industries in our community and upstate New York thrive. The Rochester region is home to some of the leading producers of beer, wine and spirits, and this landmark legislation will help create more opportunities for these businesses and allow them to create more jobs and build on the growth we’ve seen in recent years.” 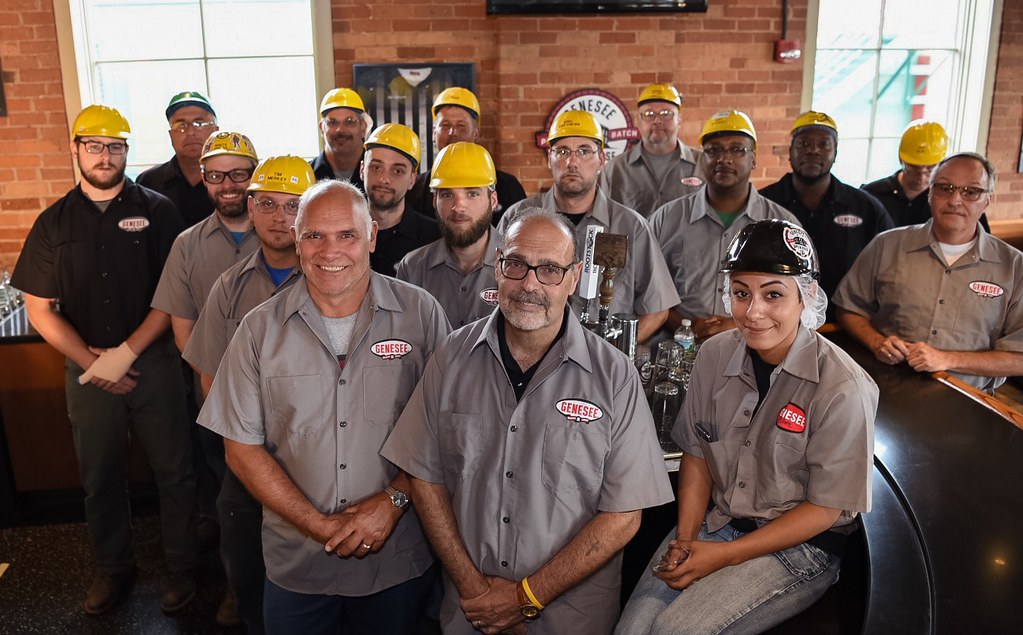 The Genesee Brewery, which is part of North American Breweries, is a triple bottom line brewery that aligns environmental stewardship and social investment with its overall business performance. This Eco-Brewery District project is designed to dramatically reduce energy and water usage while improving brewing capabilities and decreasing the cost of making beer. The size and impact of the project allows the brewery to continue to focus on helping to improve its surrounding neighborhood, while also raising the profile of Rochester’s thriving beer industry by creating a world-class brewing destination in Western New York.

Accelerating Finger Lakes Forward
Today’s announcement complements “Finger Lakes Forward,” the region’s comprehensive blueprint to generate robust economic growth and community development. The State has already invested more than $3.4 billion in the region since 2012 to lay the groundwork for the plan – investing in key industries including photonics, agriculture and food production, and advanced manufacturing. Today, unemployment is down to the lowest levels since before the Great Recession; personal and corporate income taxes are down; and businesses are choosing places like Rochester, Batavia and Canandaigua as a destination to grow and invest in.

Now, the region is accelerating Finger Lakes Forward with a $500 million State investment through the Upstate Revitalization Initiative, announced by Governor Cuomo in December 2015. The State’s $500 million investment will incentivize private business to invest well over $2.5 billion – and the region’s plan, as submitted, projects up to 8,200 new jobs. More information is available here.