Governor Andrew M. Cuomo today announced that GEICO, the second-largest private passenger auto insurance company in the United States, will expand its service center operations in Western New York, adding 600 full-time jobs at a new location near its existing facility in Getzville. GEICO will invest nearly $11 million to outfit and equip its offices to accommodate its new positions. The state will provide $4 million in capital grants to support GEICO’s expansion in the region.

"Western New York continues to serve as a model for economic growth in upstate New York and GEICO's addition of 600 new jobs in Getzville is proof positive of the REDC’s success," Governor Cuomo said. "This expansion is indicative of the progress we have made in capitalizing on our assets to attract businesses, create well-paying jobs and drive economic growth. By improving the business climate in Western New York and removing artificial barriers to growth, we are fundamentally changing the trajectory of this region and generating optimism and opportunity for years to come.”

"We're ever mindful that GEICO's success is due to the talent and total commitment of our associates," said Tony Nicely, GEICO chairman and CEO. "Our Buffalo associates have taken a start-up operation with 75 people in 2004 and built it into an outstanding business enterprise that serves hundreds of thousands of customers across the entire Northeast U.S. These growing operations call for the opening of a second facility. We couldn’t be more pleased to keep hiring and keep growing."

GEICO's Buffalo Regional Office at 300 Crosspoint Parkway in Getzville currently employs 2,760 associates, while the company has a total of more than 6,300 employees in New York State. GEICO will lease the new facility from Uniland Development Company just down the road from its regional office to support its expansion efforts.

These new employees will service the hundreds of thousands of customers that obtain their auto insurance coverage through GEICO. Starting salaries for the sales, customer service and claims positions will begin at $31,000 for entry level positions and $42,000 for college graduates hired into their management development program. Employees will also receive a comprehensive benefits package.

The resurgent Western NY economy played an important role in GEICO choosing to expand in Getzville instead of several other, out-of-state locations. Additionally, GEICO worked with Empire State Development to secure a $4 million capital grant to cover costs related to renovations and equipment needed to support the new jobs.

This expansion is indicative of the progress we have made in capitalizing on our assets to attract businesses, create well-paying jobs and drive economic growth.

Empire State Development President, CEO & Commissioner Howard Zemsky said, "GEICO, a national leader in car insurance, has been a major success story in Western New York for the past 12 years, and that success just keeps on growing. The decision to add 600 new jobs and to invest in new and existing offices illustrates the economic sense it makes to invest in a region known for its hardworking and educated workforce."

GEICO began hiring in Western New York in mid-2004 after selecting a shovel-ready site for its custom-built facility in Uniland Development Company's CrossPoint Business Park. The center opened in 2005 with 300 employees and in 2009, decided to establish a new 325 person operations center within the facility for its non-auto business after initially considering locations in other states. In this situation, GEICO also chose New York due to the workforce and public sector support that included Empire Zone benefits and an expansion of a low-cost hydropower contract with the New York Power Authority.

New York Power Authority President and CEO Gil C. Quiniones said, “We are gratified GEICO decided to expand its presence in Western New York. The low-cost hydropower we provide has been an important economic driver in the region and has enabled many companies to use the money they save on energy to help expand their operations.”

Uniland Vice President Michael Montante said, "GEICO is a great economic success story for Western New York. This is what Uniland does day in and day out – we work with our clients to meet their needs and, in the process, establish long-term relationships that yield results on many economic levels."

State Senator Michael H. Ranzenhofer said, "Companies choose to call Western New York home because our skilled workforce is unrivaled, and the opportunity for success is more evident than ever before. GEICO's expansion in Amherst is a reflection of our unrelenting commitment to Western New York's economic revival, and I laud GEICO and Governor Cuomo for heightening the momentum.”

State Senator Tim Kennedy said, “The announcement of 600 new jobs at GEICO is just further proof of the impact that Governor Cuomo and his vision for economic development have had on Western New York. As a result of the Governor’s efforts, we are seeing more and more companies like GEICO that not only locate themselves here, but also expand and create quality job opportunities in the communities they reside in. I want to thank GEICO for continuing to be a tremendous community partner as well as Governor Cuomo for seeing our potential, actually believing in us and taking the steps necessary to capitalize on it.”

Assemblymember Crystal Peoples-Stokes said, “GEICO has been a mainstay in our community for over a decade and this announcement shows their commitment to staying for decades to come. I not only want to thank GEICO for recognizing the quality of Western New York workers and our potential for growth, but also Governor Cuomo for his tireless efforts to improve New York’s business climate. Thanks to the Governor, companies are choosing the Empire State for its skilled workforce, commitment to diversity and boundless opportunity for success.”

Assemblymember John Ceretto said, “The announcement of 600 new jobs at GEICO is just further proof of the impact that Governor Cuomo and his vision for economic development have had on Western New York. Asa a result of the Governor’s efforts, we are seeing more and more companies like GEICO that not only locate themselves here, but also expand and create quality jobs for the communities they reside in. I want to thank GEICO for continuing to be a tremendous community partner as well as Governor Cuomo for seeing our potential, actually believing in us and taking the steps necessary to capitalize on it.”

About GEICO
GEICO (Government Employees Insurance Company) is a member of the Berkshire Hathaway family of companies and is the second-largest private passenger auto insurance company in the United States. GEICO, which was founded in 1936, provides millions of auto insurance quotes to U.S. drivers annually. The company is pleased to serve more than 14 million private passenger customers and insures more than 23 million vehicles (auto & cycle). For more information, go to www.geico.com. 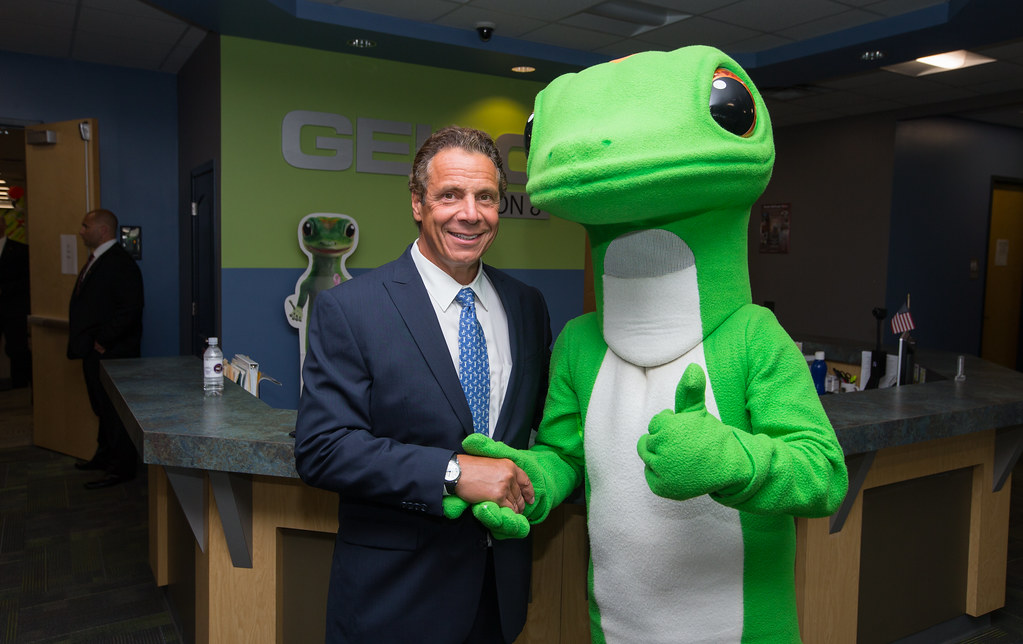