Only 1.10 Percent of Yesterday's COVID Tests were Positive

Governor Andrew M. Cuomo today announced gatherings of up to 25 people will be allowed in Phase Three of reopening, up from the limit of 10. Five regions have already entered Phase Three - Central New York, the Finger Lakes, the Mohawk Valley, the North Country, the Southern Tier. The Governor also announced global public health experts have cleared Western New York to enter Phase Three tomorrow, and the Capital Region is still on track to enter Phase Three on Wednesday, June 17th. Business guidance for Phase Three of the state's reopening plan is available here.

"As more regions look to enter Phase Three across the state and our numbers continue to go down, we're going to modify the guidelines to allow gatherings up to 25 people, which is up from 10 people," Governor Cuomo said. "The people of New York should be very proud of the work we've accomplished together to bring these numbers down, but we must remain vigilant. The rules and regulations of Phase Three are very clear and they have been working. Everyone has a role to play as we're reopening: Employers have a role, store owners have a role, employees have a role, individuals have a role, and local government has a real responsibility to enforce these guidelines and protect New Yorkers."

As more regions look to enter Phase Three across the state and our numbers continue to go down, we're going to modify the guidelines to allow gatherings up to 25 people, which is up from 10 people

Out of the 56,611 tests conducted in New York State yesterday, only 620, or 1.10 percent, were positive. Each region's percentage of positive tests over the last three days is as follows: 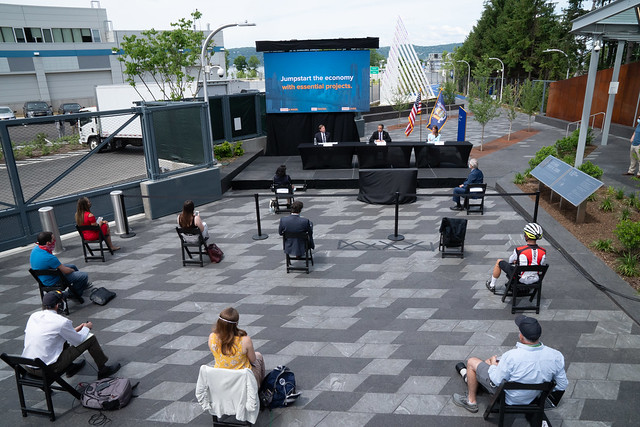 The Governor also confirmed 620 additional cases of novel coronavirus, bringing the statewide total to 383,944 confirmed cases in New York State. Of the 383,944 total individuals who tested positive for the virus, the geographic breakdown is as follows: