Projects Will Create 3,000 Quality Jobs and Spur Over $3 Billion in Direct Investment

Governor Andrew M. Cuomo, joined by Vice President Al Gore, today announced that New York has formally requested an exclusion from the new five-year National Outer Continental Shelf Oil and Gas Leasing Program. At New York University, the Governor also announced the single largest commitment to renewable energy by a state in U.S. history at $1.4 billion, which will advance 26 large-scale renewable energy projects across New York. The competitive awards, driven by the Governor's Clean Energy Standard mandate, are expected to generate enough clean, renewable energy to power more than 430,000 homes and create over 3,000 short- and long-term well-paying jobs. In the face of a concerted federal assault from Washington, New York is taking aggressive action to protect our environment for future generations.

"Instead of protecting our waters from another oil spill, like the one that devastated the Gulf, this new federal plan only increases the chances of another disaster taking place," Governor Cuomo said. "This is a total disregard for science, reality, and history, and their actions defy everything we know. We believe the future is a clean energy economy and New York is going to lead a counter-movement to what this administration is doing to the environment and illuminate the path forward."

"Governor Cuomo is demonstrating outstanding leadership in helping to solve the climate crisis and building a sustainable future," said Vice President Al Gore. "His vision and leadership stand in stark contrast to the Trump administration's malignant mission to make us even more dependent on the dirty and destructive fossil fuels. Now more than ever, it's up to all of us to step up and act on this urgent cause of our time. Governor Cuomo is showing how it can be done."

In January 2018, the federal government unveiled the Outer Continental Shelf Oil and Gas program, which proposes to make over 90 percent of the total offshore acreage in the United States available to oil and gas drilling. This plan would open two areas of the North Atlantic coast adjacent to New York State for fossil fuel exploration. An exclusion from offshore drilling program was granted to Florida shortly after its launch on the grounds that the state relies heavily on tourism as one of the nation's top ocean economies.

As the number three ocean economy in the nation, New York stands to lose nearly 320,000 jobs and billions of dollars generated through tourism and fishing industries should the exclusion not be granted. Overall, New York's ocean economy generates $11 billion in wages and contributes $23 billion in gross domestic product.

Long Island and the New York Harbor are home to 11.4 million people, with 60 percent of our state's population living along nearly 2,000 miles of tidal coastline. The Port of NYNJ is the largest on the Atlantic seaboard and a major spill that disrupted operations would be devastating to the national economy. The Port supports 400,000 indirect jobs and 229,000 direct jobs while generating $90 billion in combined personal and business income and $8.5 billion in federal, state, and local taxes. New York State strongly opposes the Department of the Interior's National Outer Continental Shelf Oil and Gas Leasing Program as it poses an unacceptable threat to New York's ocean resources, to our economy and to the future of our children.

In addition, offshore drilling endangers New York's progressive efforts to move toward cleaner, smarter energy solutions, including the nation-leading $1.4 billion investment dedicated to renewable energy projects. The awarded projects include 22 solar farms, demonstrating that large-scale solar power is now economically viable across New York State for the first time. The projects are expected to generate enough clean, renewable energy to power more than 430,000 homes and reduce carbon emissions by more than 1.6 million metric tons, the equivalent to taking nearly 340,000 cars off the road.

These projects advance the Clean Climate Careers initiative announced by Governor Cuomo in June 2017. The Clean Climate Careers initiative focuses on accelerating renewable energy and energy efficiency to make New York home to 40,000 new, good-paying clean energy jobs by 2020. With today's historic investment, New York State will support over 3,000 short- and long-term, good quality jobs in construction, operation and maintenance that are anticipated to pay the prevailing wage for the region.

"We believe the future is a clean energy economy and New York is going to lead a counter-movement to what this administration is doing to the environment and illuminate the path forward."

During the competitive selection process, bonus points were awarded to renewable energy projects that demonstrated a commitment to the creation of good local jobs and the use of locally-manufactured components and content. The rigorous, two-step review process also included non-price criteria to evaluate the applications. The criteria included scoring for the developer's experience in constructing and financing renewable projects, the developer's previous project development experience in New York, and the projects development status related to grid interconnection, permitting and site control. Proposals were reviewed and scored by a technical committee of professional independent evaluators. The response by 30 developers proposing 88 projects provided NYSERDA with the opportunity to select the best and most cost-effective proposals.

In addition to the 22 utility-scale solar farms, other projects include three wind farms and one hydroelectric project. One of the wind farms features an energy storage component, marking the first time a large-scale renewable energy project has done so in New York State. Several projects will break ground as early as April 2018 and all projects are expected to be operational by 2022, adding over 1,380 megawatts of capacity and generating over 3,200,000 MWh annually.

These projects represent a significant step in advancing the Governor's Clean Energy Standard to obtain 50 percent of New York's electricity from renewable energy sources by 2030. Award recipients were chosen from a pool of 88 applications from 30 clean energy developers. The state's $1.4 billion investment is expected to spur over $3 billion of direct investment over the life of the projects, with support for these new projects provided by the New York State Energy Research and Development Authority. The weighted average award price for this solicitation is $21.71 per megawatt hour of production over the 20-year term of the awarded contracts, which is 11 percent less than the price awarded through the last two prior year's awards.

Richard Kauffman, Chairman of Energy and Finance said, "The number of responses and the quality of projects proves that REV is working to animate the clean energy market. All New Yorkers deserve to reap the environmental and economic benefits of an energy system powered by renewables. These projects help us get there."

New York Secretary of State Rossana Rosado said, "New York is leading the way by producing the nation's first-ever utility-scale offshore wind farm and we want to continue our partnership with federal agencies to move this forward. Governor Cuomo's forward-thinking leadership charts a course for a sustainable and responsible future, free from the real threats offshore gas and oil drilling poses to our coastal communities."

Alicia Barton, NYSERDA President and CEO said, "This is an historic moment for New York as we make the largest purchasing commitment to renewable energy by a state in the history of our country. Achieving 50 percent of New York's electricity from renewable sources by 2030 is a cornerstone of Governor Cuomo's nation-leading agenda to fight climate change, and I look forward to watching these projects create jobs, expand our clean energy economy and provide New Yorkers with clean, reliable power for decades."

DEC Commissioner Basil Seggos said, "While the Federal government's energy policies are moving in exactly the wrong direction, with potentially devastating impacts on New York, thankfully Governor Cuomo is leading the nation forward in the transition to a clean energy economy. Oil and gas exploration, drilling, and potential spills are incompatible with New York's multi-billion dollar coastal economy. Rather than endangering the environmental and economic health of our coasts, New York is carefully and responsibly expanding renewable energy to support the state's comprehensive efforts to reduce greenhouse gas emissions and tackle climate change."

The 26 large-scale renewable energy projects by region are: 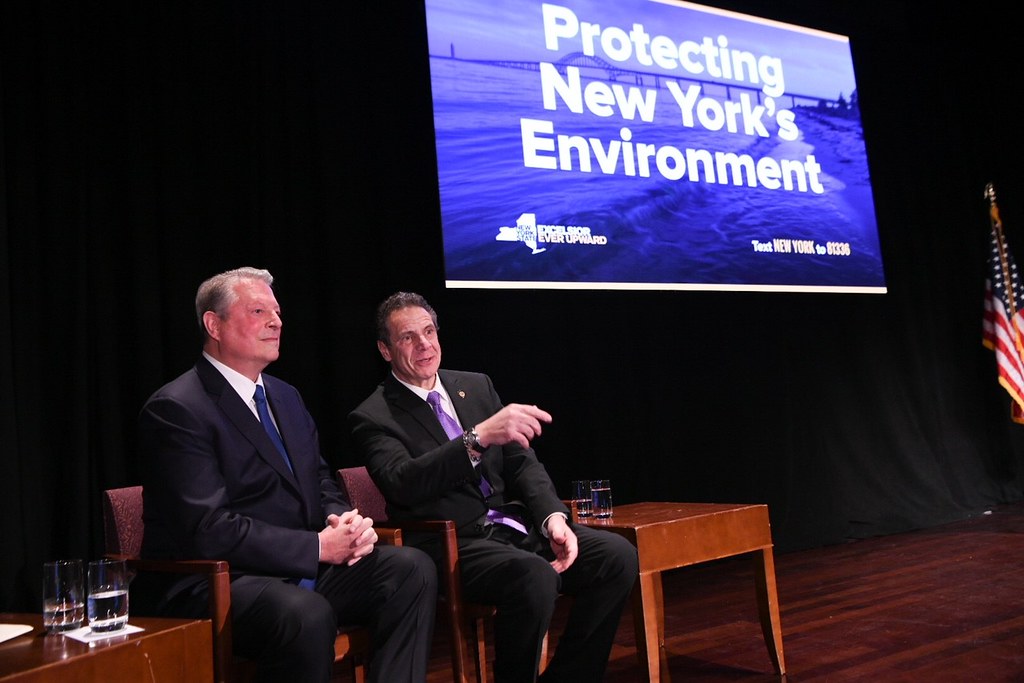 In the April 25, 2018 solicitation NYSERDA will build upon the successful 2017 solicitation by including several new provisions to ensure that selected projects continue to deliver maximum value to New York State:

NYSERDA anticipates making awards in September of 2018 and issuing a subsequent solicitation, if needed, in November 2018. For more information, please visit the NYSERDA website.