Rehabilitation of First Tube Completed After Only 5 Months; Next Phase of Construction on Remaining Tube to Start Immediately; All Current Alternate Service Options and L Service Levels Remain Unchanged

Governor Andrew M. Cuomo today announced the first phase of the L Project tunnel rehabilitation is complete ahead of schedule and on budget. With work on the first tube concluding after only five months, the entire Canarsie Tunnel Rehabilitation is now scheduled to be completed on budget in April 2020 - bringing construction to a close a full three months ahead of the 15- to 18-month projections. Governor Cuomo and senior MTA leadership toured the completed Manhattan-bound tube on Sunday, reviewing the new construction methods used to avoid a complete shutdown and maintain regular train service for 90 percent of L customers.

"Today we saw up close what happens when you abandon the old ways of doing things and think outside the box - you get the work done better, faster and cheaper. And in this case you get a better and safer tunnel than before," Governor Cuomo said. "This project will ultimately be a case study for how the MTA needs to operate going forward, especially as they implement the upcoming historic capital plan that will completely modernize the entire system and deliver the 21st century transportation service worthy of New York. I again want to thank our academic partners who collaborated to develop these innovative techniques and I commend the new MTA leadership for their work so far."

Janno Lieber, MTA Chief Development Officer and President of MTA Capital Construction, said, "The Governor has laid out a bold vision for the future of transportation in New York. And we know much of it comes down to execution. This milestone for the L Project's tunnel rehabilitation is proof that we're ready. We've already been using lessons learned to improve execution of this major project, and I'm looking forward to applying the same kind of collaborative and aggressive project management strategy to revolutionize the way all MTA capital projects get done."

MTA CEO and Chairman Patrick J. Foye said, "The Governor should be commended for having the vision to think about this project differently and help set a superior plan for executing it, and Janno's entire team deserves immense credit for working with a sense of urgency and purpose that have delivered the first part of this project much more rapidly than anticipated. We've done all this while maintaining service for hundreds of thousands of customers. Today is a good day for the MTA. We will take lessons from this work and implement them into Capital Plan projects in the new Capital Plan."

In January of 2019, with a full L shutdown looming to repair damage from Superstorm Sandy, Governor Cuomo convened academic leaders - including the deans of the Cornell University and Columbia University engineering schools - to review the two L tubes and determine if the rehabilitation work could be completed in a more efficient manner. Following their review, the academic team recommended new construction methods and technology that have been used in transit systems around the world and several industries, yet never beforeintegrated in a similar project in the United States. Once rehabilitation work began in April, these techniques allowed New York City Transit to continue to run subway service in the tunnel throughout construction so that regular weekday commutes for the bulk of L customers between Manhattan and Brooklyn were not disrupted, particularly during the busiest times of day. Prior to those recommendations, NYC Transit had planned to close the entire L train tunnel to demolish and reconstruct the tunnel's infrastructure.

With the revised approach to the tunnel rehabilitation, the work now completed in the first tube includes:

Today we saw up close what happens when you abandon the old ways of doing things and think outside the box - you get the work done better, faster and cheaper.

Work on the remaining track tunnel, which carries Brooklyn-bound trains, will begin on Monday, September 30. The MTA will continue rigorous monitoring of L train service and air quality controls, and its ongoing customer information campaign, as the L Project moves forward. All alternate service plans in place for the first half of the project remain unchanged as work continues in the second tunnel. Those service options include: 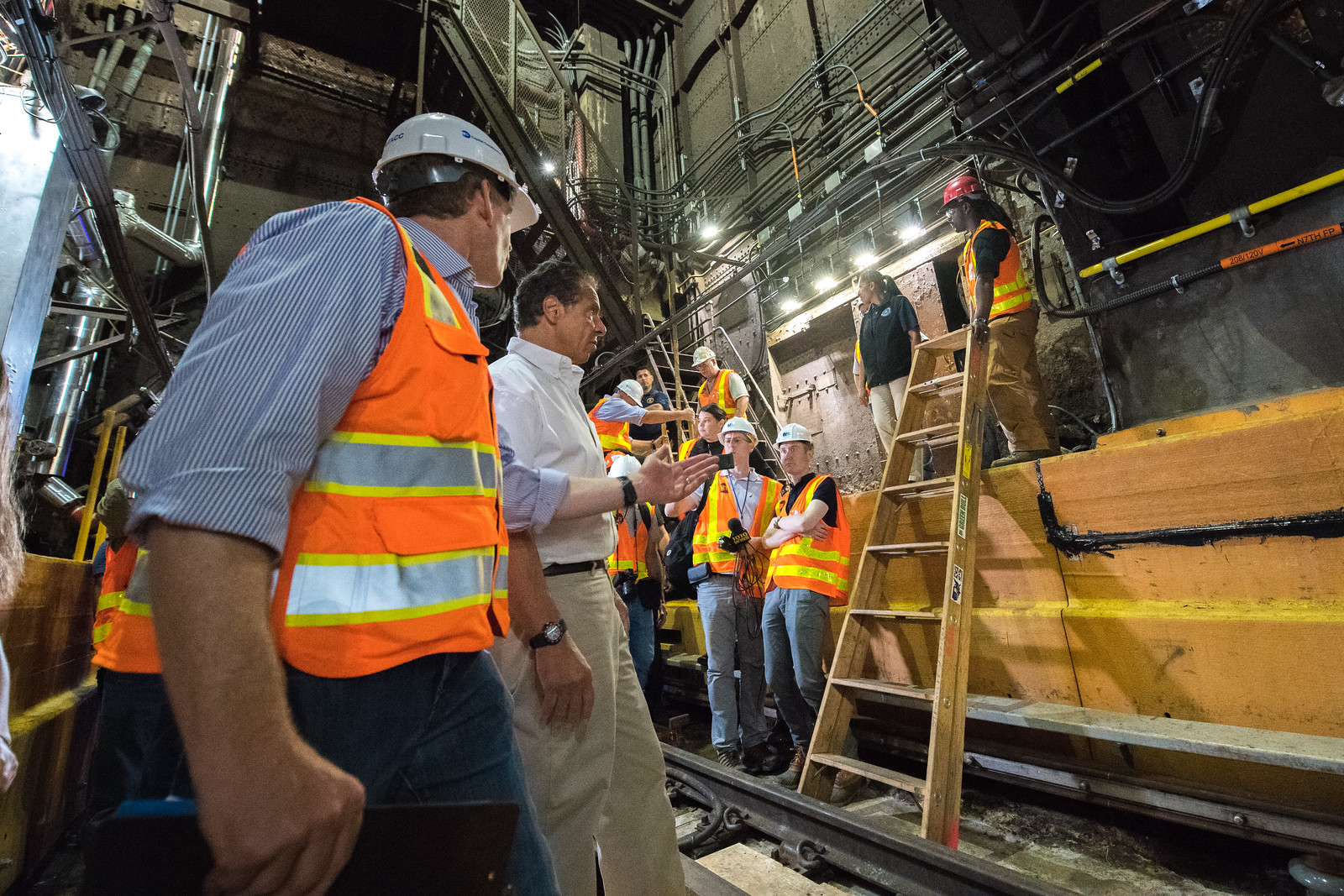 Additional planned work for the L Project is also continuing outside of the tunnel rehabilitation. This includes three new substations to power more L train service and new elevators at the Bedford Av and 1 Av stations. These projects remain on schedule, targeted for completion by November 2020.