Assaults Reported by NYCT Workers Up 15% in Four Years

Lost Revenue from Fare Evasion Increased from $105 Million in 2015 to $225 Million in 2018; Trend Continues with New Data Released Today Showing $243 Million in Revenue Was Lost in Latest 12 Months

"This year we succeeded in making historic reforms to the MTA and provided significant new funding streams that will overhaul the system," Governor Cuomo said. "But the MTA is still plagued by problems of public safety, attacks against transit workers and persistent fare evasion - issues that have only worsened in recent years. This new multi-pronged effort will improve safety on the system overall, protect workers from these incomprehensible assaults, and deter fare evasion by deploying 500 new uniformed officers on our subways and buses. I want to thank the TWU, the NYPD, the MTA and the Manhattan District Attorney for their cooperation and partnership to tackle these critical issues."

"The safest big city in America deserves the safest subways in America," said Mayor Bill de Blasio. "This partnership means more eyes and ears in stations, and more officers for New Yorkers to turn to when they need help. The additional officers we're deploying to the subway system will protect riders, prevent fare evasion and respond in emergencies."

New York County District Attorney Cyrus Vance said, "Our office is proud to invest in New York's shift from a criminalization model to a prevention model for fare evasion. This is a movement that began in Manhattan, where we've used our discretion to reduce criminal prosecutions for subway fare evasion by 96 percent. Today's investment in design improvements and other prevention and deterrence measures will mean that more fares get collected while fewer New Yorkers end up in the criminal legal system, with life-altering consequences, for this low-level offense. I thank Governor Cuomo, the MTA, the NYPD, and the TWU for their vision and collaboration."

"Our priority is to keep the nearly six million riders who use the subway each day safe, and to ensure quality-of-life on the trains and in stations. In 1990, there were nearly 17,500 transit crimes, compared to 2018, where there were 2,500 transit crimes, which is approximately one crime for every million riders," said Police Commissioner James P. O'Neill. "These additional officers will help us continue to reduce crime past already record lows, work with our partners to solve problems, and provide increased visibility to deter theft-of-service - all while preventing crime and disorder from occurring in the first place."

This new multi-pronged effort will improve safety on the system overall, protect workers from these incomprehensible assaults, and deter fare evasion by deploying 500 new uniformed officers on our subways and buses.

MTA Chairman and CEO Patrick Foye said, "Paying your subway or bus fare isn't optional, and evading it harms all our customers. Today we're taking critical steps to secure resources that the MTA needs to improve the system, while better protecting the men and women that keep New Yorkers moving. We're doing it without hiring new staff, ensuring that the resources we get back from reducing fare evasion goes directly into improving subway and bus service. I thank Governor Cuomo and the state legislature for their leadership on this issue, and recognizing fare evasion as a growing problem that must be solved."

TWU International President John Samuelsen said, "For more than a decade TWU has demanded MTA management take responsibility and act to protect our workers from horrendous assaults - like being stabbed, punched, kicked and spat on. The governor's focus on reducing assaults against transit workers is a critically important step forward as we strive to ensure that TWU members have increased workplace safety and security. This program will make the riding public safe, our members safe and hold riders accountable to paying their fair share so the system has the resources it needs."

The MTA fare evasion problem coupled with the growing reports of assaults on MTA workers has led to concern among many riders who believe there is a greater need for police presence in the subway and transit system. In 2018 there were 101 assaults against transit workers qualifying as felonies and misdemeanors. There were also 26 cases where workers were threatened and 2,318 incidents of harassment against transit workers ranging from verbal abuse to contact without injury. Once fully implemented, the Fare Enforcement Task Force - comprised of 200 NYPD officers, 300 MTA Police Department officers and Bridge & Tunnel Officers, and 70 New York City Transit Eagle Team members - will be deployed to targeted locations with the highest levels of incidents of assault on MTA workers and the subway stations and bus routes with the highest ridership rates. The additional MTA personnel will receive training to support this effort prior to deployment.

The MTA and the New York County District Attorney's office entered into an agreement pursuant to which the New York County District Attorney's office will provide $40 million over four years to support the MTA's anti-fare evasion actions. The funds will go towards training and equipment for members of anti-fare evasion teams, including MTA PD, Bridge and Tunnel officers, and NYPD. In addition to working on anti-fare evasion actions, the fare deterrence teams will provide additional worker safety protections to MTA employees. The funds will also support enhanced technology in the stations, as well as infrastructure hardening, and aid in the research of new station designs for track access. Maintaining access to the subway system helps further enhance the safety of passengers. Fare evasion is illegal and may subject the evader to arrest, although the majority are issued a transit adjudications bureau summons or criminal court summons. 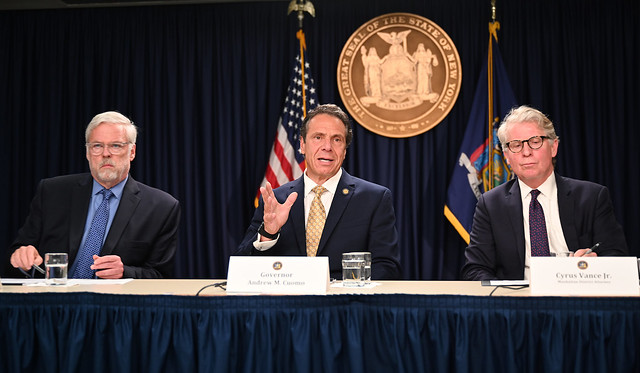 The focused enforcement has two main objectives: to maximize fare collection and to ensure that enforcement does not target any specific demographic. Task Force members will deter fare evasion through their physical presence and through the issuance of Transit Adjudication Bureau summonses. The components of the plan focus on educating MTA riders and are not meant to be punitive or increase the number of arrests.

The new program also includes the positioning of 100 NYCT Wayfinders near subway fare areas, enhancing select exit gates, and adding more monitors and CCTV cameras throughout the system. The MTA will also introduce a new, anti-fare evasion communications campaign, with signs in stations, voice messages on trains and in stations, and radio messages. Furthermore, the MTA Board recently approved full-fare MetroCards for New York City students, to both curb fare evasion and to ensure fairness in the student MetroCard program.

These new measures will complement the NYPD and the MTA's existing efforts to combat fare evasion, including the MTA's exit gate alarm reactivation pilot, educational outreach with New York City's Department of Education, the Criminal Justice Interagency Group, EAGLE Team deployment on Select Bus Service lines, and the EAGLE Team pilot on local buses in the Bronx and Staten Island.