Governor Andrew M. Cuomo today announced the Department of Financial Services is taking action against the opioid manufacturers, distributors and pharmacy benefit managers to secure $2 billion for New York consumers who have shouldered the cost of the ongoing opioid epidemic in the form of higher insurance premiums.

"I've seen a number of schemes and frauds, but the opioid scheme is as diabolical, as brazen, as obnoxious and as offensive as anything I've seen," Governor Cuomo said. "These drug companies knew what they were doing. It was not accidental - it was an industry-wide conspiracy. The damage they have caused has been immeasurable - it has cost thousands of human lives and billions of dollars, and they have gotten away with it for decades. These drug companies are not going to get away with murder, and we are taking a series of actions to ensure that they don't."

"I have seen the heartbreak caused by the opioid epidemic as I've met with families in communities across the state, including my own," said Lieutenant Governor Kathy Hochul, Co-Chair of the NYS Heroin and Opioid Task Force. "This action by the Department of Financial Services will hold manufacturers and distributors accountable for the damage they have caused. New Yorkers have suffered the consequences from the deceptive marketing of opioids - resulting in over-prescription and addiction. We are committed to protecting consumers and finding effective solutions to end the crisis and save lives."

The Department of Financial Services has determined that New York consumers have overpaid an estimated $2 billion in insurance premiums over the past 10 years. This overpayment is due to the costs associated with opioid manufacturers misrepresenting the safety and efficacy of opioids - which in turn has resulted in the over-prescription of opioids, additional addiction treatment and treatment of other adverse health effects associated with opioid addiction. DFS will seek fines and restitution from the opioid industry, and is directing insurers to fully cooperate with these actions.

Additionally, DFS will be holding hearings across the state to expose the problem to consumers and generate transparency with respect to the impact on the health insurance system.

DFS has issued subpoenas and other document requests to opioid manufacturers and distributors, New York State-licensed insurers and pharmacy benefit managers -- or PBMs - to seek restitution against the industry as thousands of small businesses and millions of New Yorkers shelled out over a billion dollars in rising premiums and their costs borne from the opioid crisis.

To date, PBMs generally have not been a focus among opioid investigations across the country. PBMs are third-party administrators or the "middlemen" between opioid manufacturers and insurers. They set the multi-tier list of prescription drug coverage provided under insurance policies, and negotiate rebates and credits paid by manufacturers and distributors. DFS has received information that some PBMs may have been paid rebates by opioid drug manufacturers, opioid drug wholesalers or opioid drug distributors in exchange for placement of an opioid prescription drug in a favorable drug formulary tier with lower co-pays - which can under certain circumstances violate federal and state health insurance regulations.

I've seen a number of schemes and frauds, but the opioid scheme is as diabolical, as braze, as obnoxious and as offensive as anything I've seen.

DFS is the regulator of health insurance in New York, with clear statutory authority to impose fines of up to $5,000 per offense in addition to the amount of the fraudulent claim.

Superintendent of Financial Services Linda A. Lacewell said, "Any intentional misrepresentation by the manufacturers and distributors of opioids and PBMs would have led to great financial burden for consumers and New York State-licensed health insurers. DFS is charged with oversight of New York's insurance industry and rate review for consumers and express authority to investigate insurance fraud. DFS will use every tool at our disposal to take appropriate action to protect consumers and the health insurance industry in New York." 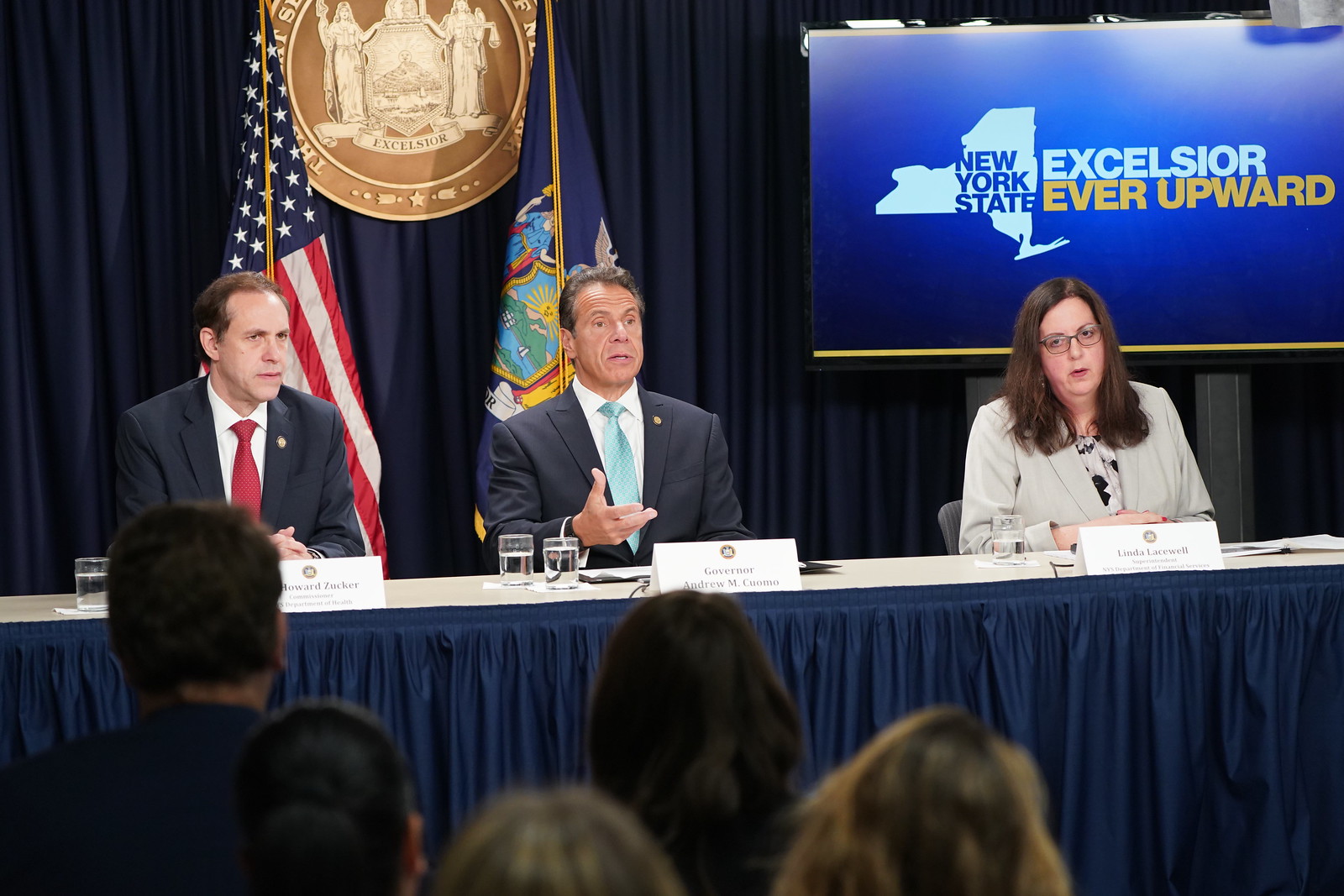 Since taking office, Governor Cuomo has instituted an aggressive, multi-pronged approach to addressing the opioid epidemic and created a nation-leading continuum of addiction care with full prevention, treatment and recovery services. To combat this epidemic, the Governor has worked to expand access to traditional services, including crisis services, inpatient, outpatient and residential treatment programs, as well as medication-assisted treatment and mobile treatment and transportation services.

These services have since been established in numerous communities around the state and have helped people in need access care closer to where they live.

The Governor has advanced legislative and regulatory reform to enable people to get treatment faster by eliminating many insurance restrictions, as well as legislation to reduce most opioid prescriptions from 30 days to seven days and legislation to increase training and education for prescribers. Governor Cuomo has also taken action to combat patient brokering and fraudulent addiction treatment services.

The Governor has also worked to increase training and availability of naloxone, resulting in more than 420,000 individuals in New York State being trained and equipped with the opioid overdose reversal medication. Through Governor Cuomo's actions, pharmacies around New York State are now able to provide naloxone without a prescription.