With Accelerated Rollout Schedule, MTA eTix will be Available to all Metro-North and LIRR Customers by the End of Summer 2016

Governor Andrew M. Cuomo today announced the accelerated rollout of MTA eTix, a free MTA app that will allow Long Island Rail Road and Metro-North Railroad customers to purchase train tickets anytime, anywhere with their mobile devices. The app, which was scheduled for completion by the end of 2016, will now be available to all riders of both railroads by the end of this summer.

“Our administration remains committed to building a transit network that is responsive to the needs of travelers who rely on mass transportation, and the launch of the MTA eTix app is a major step forward in our efforts,” Governor Cuomo said. “This new app puts riders first by eliminating the ticket line and helping New Yorkers and visitors get where they need to go with more freedom and convenience than ever before. We will continue to create a 21st century transit system that embraces innovation to ensure that we are building a stronger, more competitive New York.”

“Governor Cuomo has asked us to make this app broadly available as quickly as possible, and we’ve responded with an aggressive roll out schedule that will make MTA eTix available to all LIRR and Metro-North riders before the end of August,” said MTA Chairman and CEO Thomas Prendergast. “With the launch of this new app riders can buy their tickets wherever and whenever they want, and that means more choice, and greater convenience.”

LIRR and Metro-North customers can check schedules, see service status, and purchase tickets without waiting in line. The app also offers account management tools, giving railroad customers the ability to secure refunds for unused mobile tickets, request duplicate receipts, and manage profile info such as password and linked credit card numbers. MTA eTix will first debut on the LIRR’s Port Washington Branch and Metro-North’s Hudson Line today. After introducing the app on these two rail lines, the MTA will make e-ticketing available to all LIRR and Metro North customers by the end of 2016. MTA eTix can be accessed as a stand-alone app or through the popular TrainTime apps and can be downloaded for free for iPhone and Android phone users. To view the app, click here. To learn more about the app, click here. Customers who prefer paper tickets will be unaffected by the new app.

Individuals interested in accessing MTA eTix can do so at the links below:

The eTix app will be available for all lines on the Long Island Rail Road and Metro-North Railroad in the following weeks: 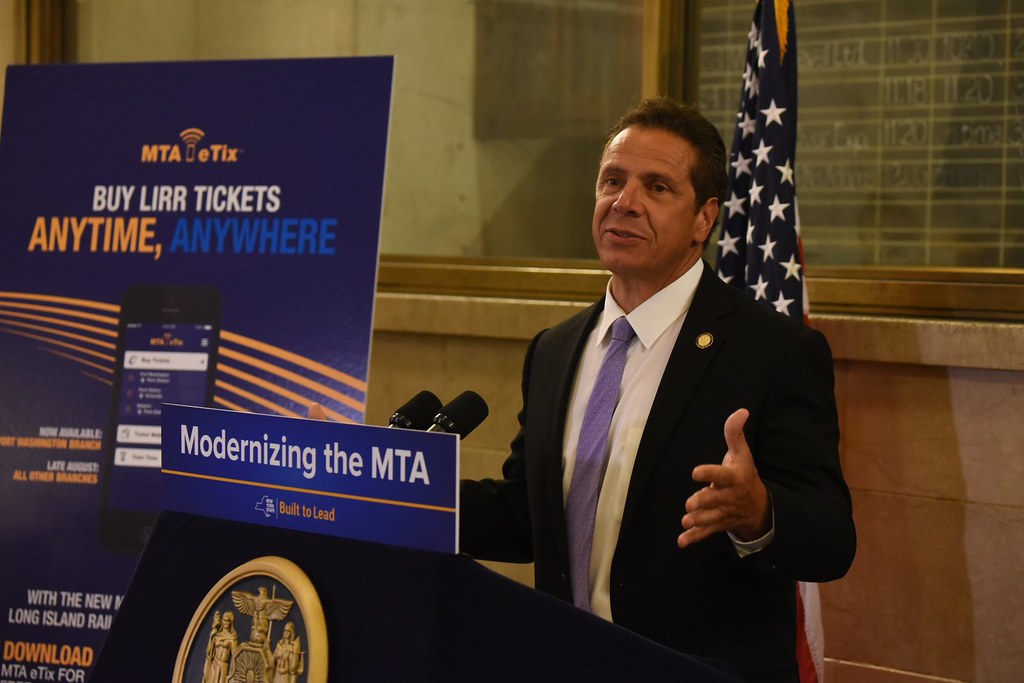 With MTA eTix, customers who download the app will sign up for an account, select the ticket they wish to buy, and enter credit or debit card information. They will then be able to ride the train in three simple steps:

1. Buy a ticket by entering information about origin and destination, and selecting the type of ticket (one-way, 10-trip, weekly or monthly). The ticket is then saved in an electronic “ticket wallet” feature in the app.

2. Prior to boarding the train, pull up the ticket from the ticket wallet and activate the ticket by tapping on the “activate ticket” button.

3. When a conductor comes through the train to ask for tickets, have the activated ticket displayed, and simply show the smartphone screen to the conductor. Conductors will visually validate the mobile ticket by looking at the screen. As the rollout proceeds, conductors will use a handheld device to scan mobile tickets.

We will continue to create a 21st century transit system that embraces innovation to ensure that we are building a stronger, more competitive New York.

The MTA eTix launch follows a successful field test, during which 150 customers who ride the Long Island Rail Road Port Washington Branch or Metro-North’s Hudson Line tested the app. Both conductors and participating customers monitored the app’s performance, and reported any problems they encountered to the app development team. Survey results indicate widespread satisfaction with the app, with 92-percent of pilot participants indicating that they were very satisfied or somewhat satisfied with the app and 94 percent stating that they were very likely or somewhat likely to use the app once it is rolled out.

The MTA eTix app was developed by Masabi, Ltd., which has also created electronic mobile ticketing programs for MBTA Commuter Rail in Boston, NICE Bus on Long Island, and Metrolink in Los Angeles. Masabi was selected in April 2014 following a competitive request for proposals issued in March 2013.

Next year, the MTA expects to make the MTA eTix app even more user-friendly by allowing LIRR and Metro-North customers who transfer to or from the New York City Subway or New York City Buses to pay their fares using a single app and a single transit account. This announcement comes in concert with the MTA’s issuance of request for proposals to create a new fare payment system for MTA New York City Transit subway and buses, MTA Bus, and the Staten Island Railway. The system will be fully interoperable with the MTA eTix app, and will offer a variety of convenient ways to pay for fares, including smartphones, contactless bank cards, and pre-paid cards.