“I said that real ethics reform was essential to a complete budget this year and I applaud Speaker Heastie and the Assembly for their leadership in supporting the highest ethical standards New York has ever established," Governor Cuomo said. "This new level of disclosure and transparency will go a long way towards restoring the public trust. The more trust, the more credibility.”

Assembly Speaker Carl Heastie said, "When I assumed the leadership of the New York State Assembly, I assured the voters of this state that their government is working for them. I assured them that by whatever means necessary, we would do everything in our power to regain their trust and to bring true reform and accountability into these halls. Today, the Assembly Majority took a monumental step toward fulfilling that promise. I am pleased to announce that we have reached an agreement with Governor Cuomo on ethics reform."

The agreement between the Governor and the Assembly covers the following five essential points that the Governor previously outlined as his priorities for the budget:

Public officials will be required to disclose all outside earned income they receive, from whom they receive it, the actual services performed to receive the income, and whether there is any connection to the state government or the office that they hold or their public duties. Specifically: 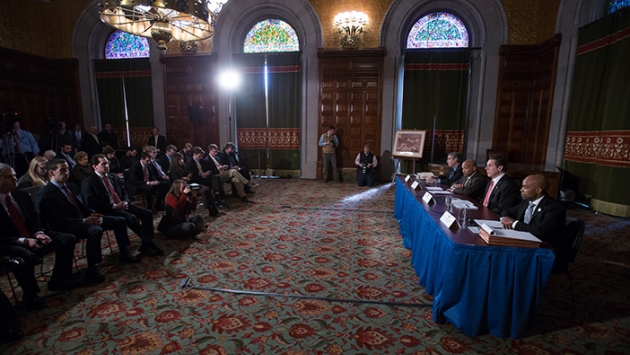 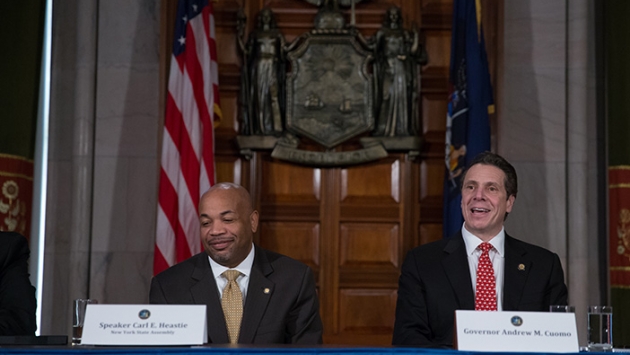 The agreement between the Governor and the Assembly covers the following five essential points that the Governor previously outlined as his priorities for the budget.

This new level of disclosure and transparency will go a long way towards restoring the public trust.

The agreement will immediately reform per diems by establishing a new set of verification requirements including:

4. Prohibition of Personal Use of Campaign Funds

The agreement also would bar using campaign contributions for personal use. Such personal use will be defined as expenditures that are exclusively for personal benefit of the candidate or any other individual, not in connection with a political campaign or holding of a public office or party position. The law will include an illustrative list of prohibited uses including using campaign contributions for expenses unrelated to a campaign or the holding of public office such as residential home purchases, mortgage payments, rent, clothing, tuition payments, salaries for individuals not performing campaign work, admissions to sporting events, fines and penalties and dues for country clubs and health clubs.

The Executive and the Assembly continue to support additional ethics reforms already included in the Governor’s Executive Budget, which include limits on campaign contributions, the authorization of a new public financing system for elections, and the closing of the LLC loophole.