TOP Governor Cuomo and the Legislature Vow to Pass...
Share

Governor Andrew M. Cuomo and the legislature today vowed passage of the Reproductive Health Act within the first 30 days of the legislative session. Joined by Senate Majority Leader Andrea Stewart-Cousins and Senator Liz Krueger and Assembly Member Deborah Glick, who sponsor the bill, as well as Former Secretary of State Hillary Clinton and Lieutenant Governor Kathy Hochul, the Governor implored the legislature to pass the RHA immediately.

"A woman's right to make her own decisions regarding her personal health is a fundamental right, yet Washington, with its extreme conservative agenda, continues to threaten the freedoms for which women have fought for decades to attain," Governor Cuomo said. "New York will not stand for a federal government that presumes to know what is best for women across this country, and we will fight with everything we have to ensure the Reproductive Health Act is passed immediately, protecting a woman's right to all reproductive health care options no matter what actions our nation's leaders take next."

"All women should have the right to choose and access to affordable contraception coverage," said Lieutenant Governor Kathy Hochul. "We are committed to protecting the rights of women in New York with the passage of the Reproductive Health Act at the beginning of this year's legislative session. As the federal government threatens to roll back our progress, we will not stop fighting to ensure women have equal opportunities and live the New York promise."

The following leaders joined the Governor today calling on the legislature to codify the Reproductive Health Act into law:

In the face of Washington's assault on women's rights, including access to all health care options and guaranteed coverage of emergency contraception and other contraceptive drugs, the Governor has taken action to counter the federal government's reversals. In July 2018 the Governor signed an Executive Order directing the Department of Financial Services and Department of Health to administer regulations to insurance providers requiring them to cover over the counter emergency contraception, all other contraceptive drugs, devices or other products for women, and to provide 12 months of contraceptive at one time, all without co-insurance, co-pays or deductibles.

A woman's right to make her own decisions regarding her personal health is a fundamental right, yet Washington, with its extreme conservative agenda, continues to threaten the freedoms for which women have fought for decades to attain.

Senate Majority Leader Andrea Stewart-Cousins said, "This past November, voters gave the Senate Democrats our largest Majority in a century. We ran on a message of moving New York State forward and passing historic legislation to protect and expand New Yorkers rights. With threats to women's rights coming from Donald Trump and the federal government, and our current state laws antiquated and out-of-date, the Reproductive Health Act is essential. I look forward to working with Governor Cuomo, Speaker Heastie, and my Senate Democratic Majority to pass this critical legislation and advance women's rights."

Assembly Speaker Carl Heastie said, "Year after year, the Assembly Majority has fought for the reproductive rights of women by passing the Reproductive Health Act, the Comprehensive Contraceptive Coverage Act and the Boss Bill. We know that when women are in control of their family planning decisions, outcomes improve for everyone. I am proud to lead a body that is fearless in its pursuit of putting families first, and I am especially grateful for the tireless advocacy of Assemblymembers Glick, Cahill and Jaffee, sponsors of the legislation. We look forward to finally seeing these measures enshrined into New York State law." 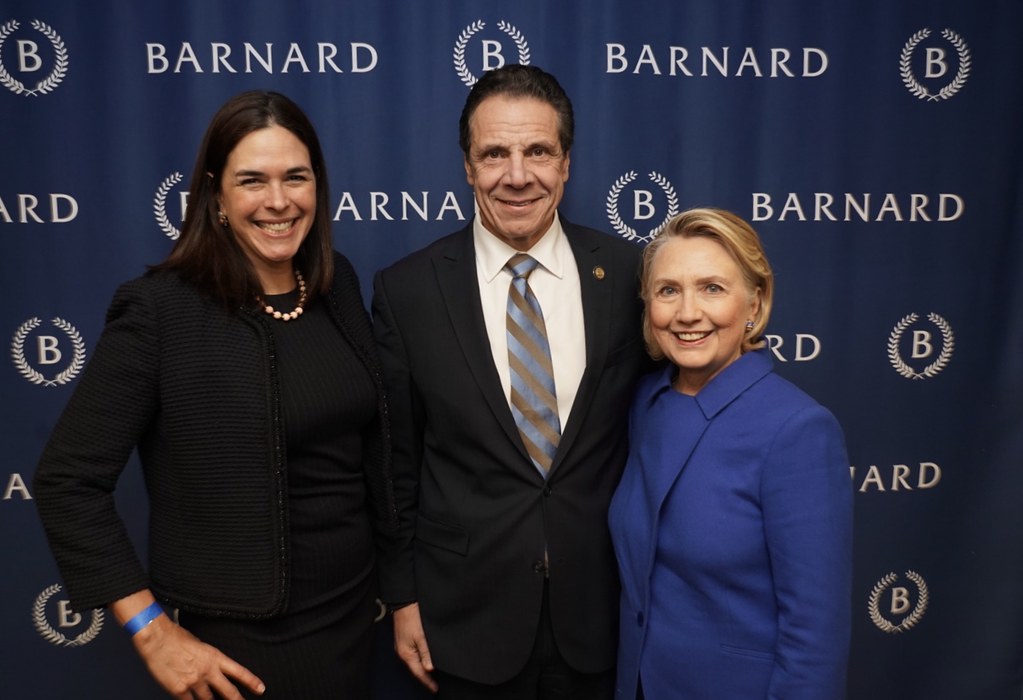 Senator Liz Krueger said, "For too long, women in our state have had their health and safety compromised by our outdated abortion laws. With reproductive rights and access under attack from Washington in a way we haven't seen in decades, now is the time to pass the Reproductive Health Act and reclaim New York's place as a progressive leader. I thank Governor Cuomo for stepping up for women in New York and across the nation, and I thank Majority Leader Stewart-Cousins, Assembly Member Glick, and all the advocates who have worked tirelessly for years to advance women's reproductive freedom. Together we will pass the Reproductive Health Act, and that is only the beginning of our vital work."

Assembly Member Deborah Glick said, "New York women deserve to have their own healthcare decisions respected. Abortion is a medical procedure, not a crime. The days of demonizing women's reproductive healthcare must come to an end. When abortion is illegal women die, and pregnancy is not a risk free condition. That is why making the Reproductive Health Act law is crucial."