Authorizes Deployment of Team of Building Inspectors to the Island

View Photos and Video of the Governor's Tour of Costa Sur Power Plant, Guánica and Ponce

Governor Andrew M. Cuomo today announced the deployment of further assets to Puerto Rico to assist with emergency response efforts following a series of initial damage assessments conducted by the Governor and his delegation. The Governor will deploy eight additional engineers and utility experts from the New York Power Authority to address power outages caused by the recent earthquakes and work to stabilize the island's power system to help mitigate the repeated power outages. The State and the Greater New York Hospital Association have authorized the deployment of bilingual mental health professionals to support people on the island who are suffering from the trauma of the disaster. The Governor has also authorized the deployment of a team of dozens of inspectors from State Fire and the Department of State to conduct more extensive damage assessments of buildings and basic code compliance inspections of public facilities. Additionally, the Governor called on the Trump administration to immediately release federal funds to Puerto Rico and declare a Major Disaster Declaration for the damage caused by the earthquakes.

"The people of Puerto Rico have been through hell, and while the federal administration abdicated its responsibility to help American citizens during difficult times, New York is continuing to step up to provide assistance," Governor Cuomo said. "After surveying the damage and touring the island, we are more resolved than ever to stand shoulder to shoulder with our brothers and sisters in Puerto Rico. I am authorizing the deployment of more state personnel including building experts, engineers, and mental health professionals to help the island get through this crisis and come out stronger and more resilient than before. I am also demanding the Trump Administration immediately release federal funds that have been held up for two years to Puerto Rico and declare a Major Disaster Declaration for the damage caused by the earthquakes so Puerto Rico residents can rebuild their homes and lives."

Engineers and utility experts from the New York Power Authority are conducting damage assessments of power plants, substations and hydropower dams following the widespread blackouts caused by a series of devastating earthquakes in Puerto Rico. The additional support announced today - eight engineers and utility experts from NYPA - will integrate with the team of 10 NYPA experts already established on the ground in Puerto Rico. The NYPA experts will address the recent power outages and work to stabilize the island's power system, restarting power plants not damaged by the recent earthquakes. The NYPA team is also providing guidance to the Puerto Rico Electric Power Authority on its energy management system, which NYPA activated and configured in collaboration with PREPA following Hurricane Maria in 2017.

NYPA is providing PREPA with technical assistance on the issuance of a Request for Proposals for the rental of modular-mobile power plants—which will be used to provide roughly 500 megawatts of additional electric capacity to the power grid—and undertaking system modeling to determine the optimal locations to place the power generation units. In addition, the NYPA team is providing an assessment on the refurbishment of two mothballed steam units in PREPA's San Juan power plant for temporary use until more electric capacity can be brought online.

The people of Puerto Rico have been through hell, and while the federal administration abdicated its responsibility to help American citizens during difficult times, New York is continuing to step up to provide assistance.

The New York State Office of Mental Health has authorized the deployment of mental health professionals to support people on the island suffering from the trauma of the disaster, if requested. Additionally, the Greater New York Hospital Association has partnered with 162 hospitals and health networks across the state to recruit and sponsor bilingual mental health professionals to be deployed to Puerto Rico as soon as possible. The Greater New York Hospital Association said they will cover the cost and make sure lodging and transportation needs are paid for.

UNICEF USA and SUNY New Paltz Institute for Disaster Mental Health Director Dr. Amy Nitza will conduct a "Train the Trainer" program in Puerto Rico to help trauma-impacted young people who are suffering from the trauma of the disaster. The training will be for 50 employees from all the Boys and Girls Clubs across the island, and the "train the trainer" model is estimated to reach 16,000 kids. Additionally, at the end of January the Institute for Disaster Mental Health will conduct a two-day training for six University of Puerto Rico students on how to work with trauma-impacted children. 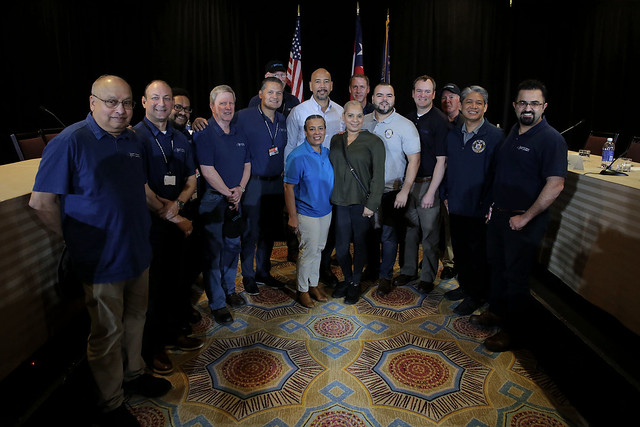 The Governor has authorized the deployment of a structural assessment team of dozens from State Fire and the Department of State to Puerto Rico to conduct damage assessments of buildings and basic code compliance inspections of public facilities. Additionally, the Governor authorized the deployment of Division of Building Standards and Codes staff members to conduct rapid safety assessments of buildings. The team will determine if a damaged structure can be occupied and what if any significant code issues may need to be addressed.