Directs MTA to Issue Full Plan by Tomorrow on How to Clean and Disinfect Every Train, Every Night

Governor Cuomo also announced New York State is now conducting an average of 30,000 diagnostic tests for COVID-19 per day. Last week, the Governor announced the state will work with the federal government to double New York's testing capacity from 20,000 tests per day to 40,000 tests per day over several weeks.

The Governor also announced the results of the state's FDNY and NYPD antibody testing survey that tested 1,000 New York City Fire Department officers and 1,000 New York City Police Department officers from across all five boroughs. The preliminary results show 17.1 percent of FDNY officers and EMTs have COVID-19 antibodies and 10.5 percent of NYPD officers have COVID-19 antibodies. The state will be conducting further antibody analysis and surveys by race and gender in the future.

The Governor also announced the state is testing today 1,000 transit workers for antibodies to further determine the spread of infections among our frontline workers. The State is working with BioReference to provide antibody tests to first responders and other essential workers from the MTA, State Police, DOCCS and others.

We know testing is key to re-opening New York - it is the indicator that will show if we are keeping the infection rate down throughout the re-opening process.

The Governor also directed the MTA to issue a full plan by tomorrow, April 30th, on how it will clean and disinfect every train, every night in response to reported deteriorations of the conditions in the subways during the pandemic.

"We have made tremendous progress to stop the spread of this infection, but we are not out of the woods yet and we need to proceed with caution as we begin our re-opening plan," Governor Cuomo said. "We know testing is key to re-opening New York - it is the indicator that will show if we are keeping the infection rate down throughout the re-opening process. We have been more aggressive than any state or nation in the world on testing and we are now halfway to our goal of doubling our testing capacity from 20,000 per day to 40,000 per day, but we still have more work to do." 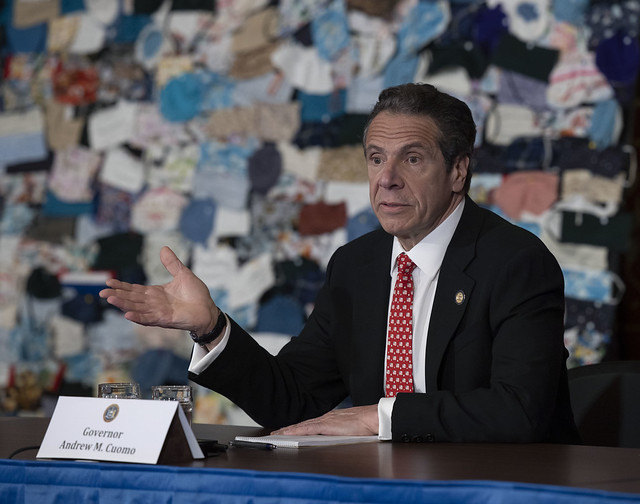 Finally, the Governor confirmed 4,585 additional cases of novel coronavirus, bringing the statewide total to 299,691 confirmed cases in New York State. Of the 299,691 total individuals who tested positive for the virus, the geographic breakdown is as follows: