Lieutenant Governor Hochul chairs 10 Regional Economic Development Councils that have transformed the State’s economy by building upon regional strengths through long-term strategic plans. The Councils include leaders from academia, business, labor and not-for-profits and, to date, have invested over $6.1 billion into more than 7,300 projects across the State. The Lieutenant Governor also chairs the State Workforce Investment Board, which addresses the number one concern of businesses - the lack of skilled workers.

Governor Cuomo appointed Lieutenant Governor Hochul to co-chair the Heroin and Opioid Abuse Task Force. In this capacity, she convened eight outreach sessions across New York State to hear from experts and community members in search of answers to the opioid crisis and to develop a comprehensive strategy for New York.

Hochul spearheaded Governor Cuomo’s Enough is Enough campaign to combat sexual assault on college campuses, hosting and attending more than 25 events. As the highest-ranking female elected official in New York State, she continues to be a champion for women and families across the State. In March 2016, she was elected as chair of the New York State Women’s Suffrage 100th Anniversary Commemoration Commission.

Governor Cuomo has transformed New York State, restoring hope and optimism and has rebuilt the foundation on which we will thrive for years to come. I'm so proud to serve as Lieutenant Governor of this amazingly diverse, exciting and beautiful State.

As Lieutenant Governor, Hochul is liaison to New York’s federal representatives in Washington, D.C. From 2011 to 2013, she served in the U.S. House representing New York’s 26th Congressional District. Then Congresswoman Hochul served on the House Armed Services and Homeland Security Committees, traveling to Afghanistan to confer with military leaders and meet with active duty men and women. Her focus in Congress was job creation and bridging the skills gap by bringing together business and academia, and creating opportunities for returning veterans.

Prior to becoming Lieutenant Governor, she was Group Vice President for Strategic Relationships at M&T Bank, serving as liaison for community matters and significant economic development projects.

Lieutenant Governor Hochul served as County Clerk from 2007 to 2011.  Before that, Hochul worked for 14 years as a Hamburg Town Councilmember. She served as liaison to the local economic development agency and worked to attract new businesses and create jobs following the loss of the WNY manufacturing base.

The Lieutenant Governor holds a bachelor’s degree from Syracuse University and a law degree from Catholic University in Washington, DC. She began her legal career working at a large firm in Washington, DC and later served as legal counsel and legislative assistant to Congressman John LaFalce and later Senator Daniel Patrick Moynihan. She was instrumental in drafting legislation related to campaign finance reform, immigration reform and combatting drug abuse.

In 2006, Hochul joined her mother and aunt in establishing the Kathleen Mary House, a transitional home for victims of domestic violence. 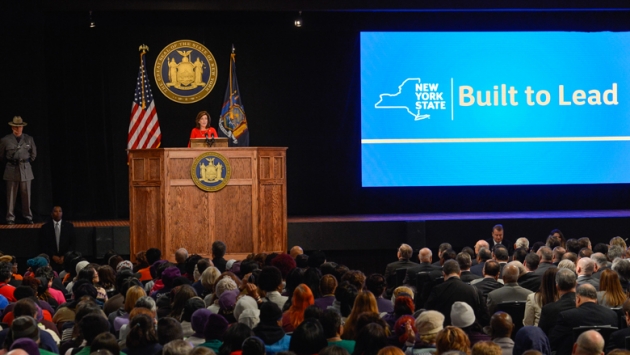 Addressing the Audience During the State of the State 2016 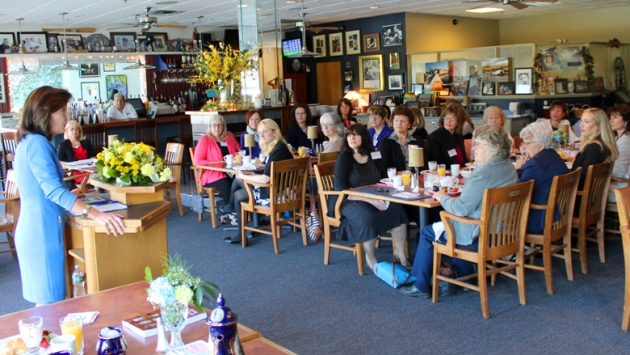 Hosting a Women's Roundtable in Utica 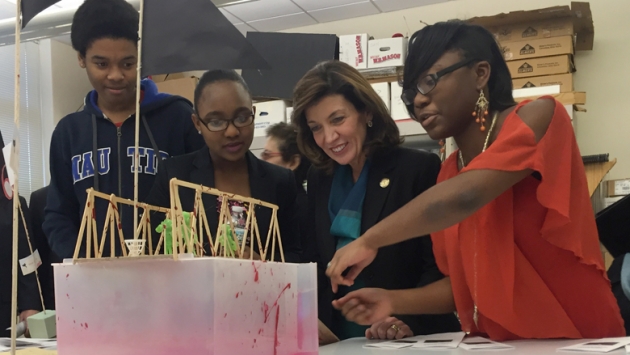 Visiting a P-TECH School in Troy 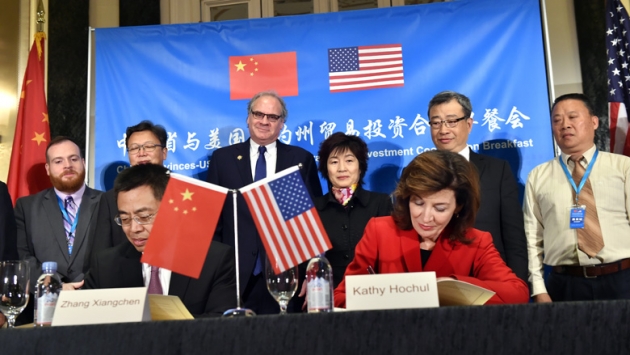 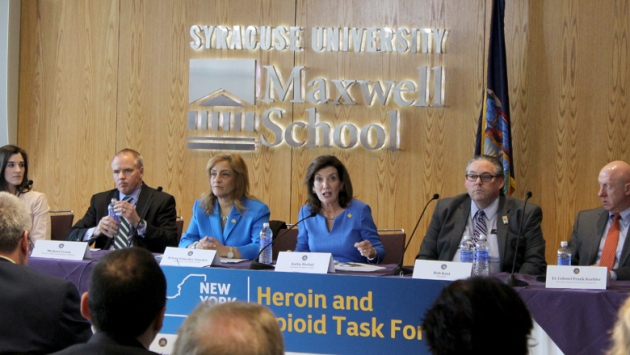 Co-Chairing a Heroin and Opioid Task Force Session in Syracuse 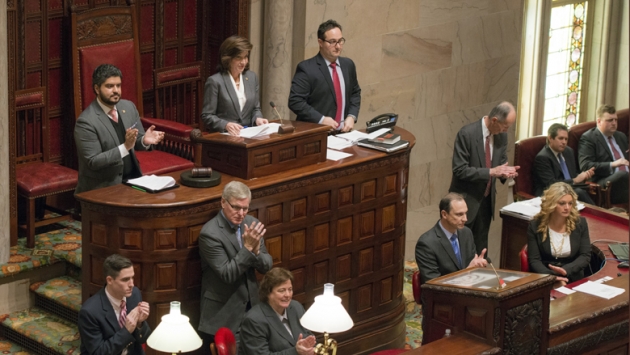 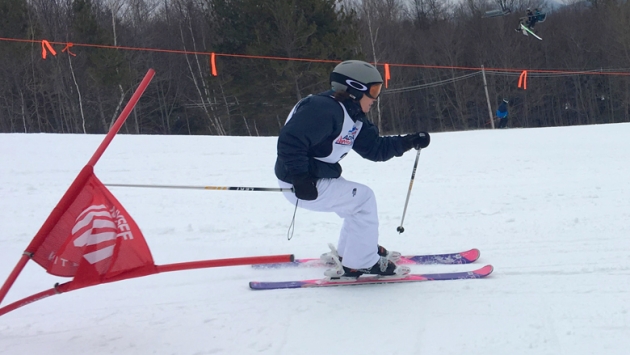 Skiing at Whiteface Mountain During the Adirondack Challenge 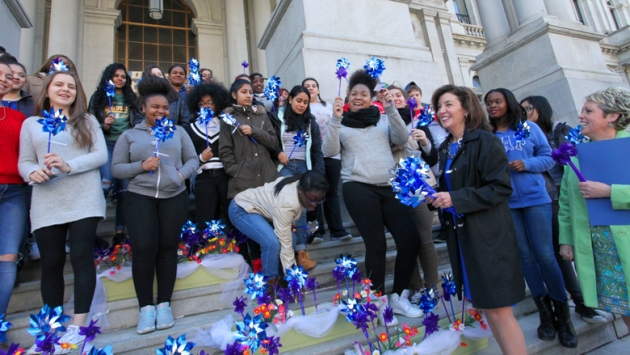