Andrew M. Cuomo is the 56th Governor of New York, having assumed office on January 1, 2011. Throughout his entire life, Andrew Cuomo has had the same values and the same principles; he has not only believed in those values and principles, but he has developed the skills to fight for them – and to win.

As Governor, Andrew Cuomo has fought for social, racial and economic justice for all New Yorkers.

Under his leadership, New York passed marriage equality, a $15 minimum wage, the strongest paid family leave program in the nation, the strongest gun safety laws in the nation, equal rights for women, greater protections for immigrants, the largest investment in education in state history, cut taxes for the middle class, implemented a 2 percent property tax cap, put more New Yorkers to work than ever before, and became the first state in the nation to offer free college tuition for middle-class families. He also got the state building again – taking on projects that had been stalled for decades and using union labor every step of the way.

In Queens, Andrew Cuomo learned the reality of the middle-class, working family struggle. He graduated from Fordham University in the Bronx in 1979 and received his law degree from Albany Law School in 1982.

After law school, Andrew Cuomo headed the Transition Committee for then Governor-Elect Mario Cuomo and then served as an advisor to the Governor taking a salary of $1 a year. Mario Cuomo instilled in him the belief that government was the vehicle to make change and do justice.

Together we are building on our success, working to restore economic opportunity; replace dysfunction with results; put people before politics; and reestablish New York as the progressive leader of the nation.

Andrew Cuomo’s fight for justice focused on helping the neediest and addressing one of the most desperate situations of the time – homelessness. At the age of 28 he founded the Housing Enterprise for the Less Privileged (HELP) – a not-for-profit that set a national model for serving the homeless.

After the 1996 election, President Clinton appointed Andrew Cuomo to serve as HUD Secretary. He worked to transform the agency from a wasteful and inefficient bureaucracy to an effective driver of economic development and housing opportunities. In 2006, Andrew Cuomo was elected New York State Attorney General, and his agenda remained unchanged – to fight for justice: social, racial, and economic justice. He fought discrimination in rental apartments, challenged corporate abuse of the middle class, and took on the big banks that were squandering billions of dollars in bail-out money.

In November 2018, Governor Cuomo was re-elected with the largest number of votes of any governor in both the primary and the general elections. In his third term, he continues his fight for justice in the face of a federal government that is threatening the essential American compact of opportunity for all and acceptance of all.

Andrew Cuomo is the proud father of three girls, Mariah, Cara, and Michaela. 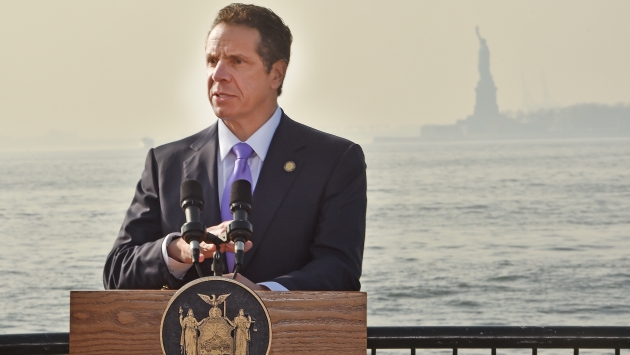 Governor Cuomo calls on the federal government to close the Terror Gap by creating protocol that blocks gun sales to known or suspected terrorists on the U.S. Terror Watch List. 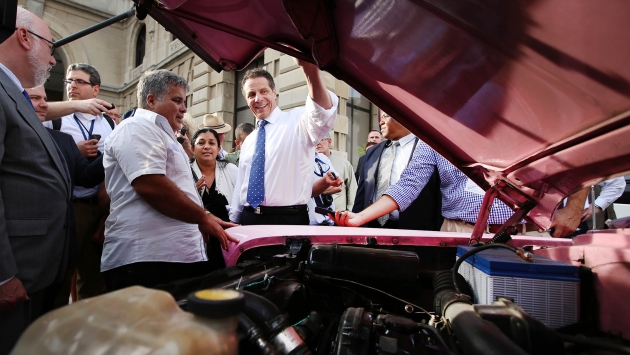 Governor Cuomo traveled to Cuba as part of a Trade Mission where State industry leaders worked together with Cuban officials to discuss future economic opportunities. 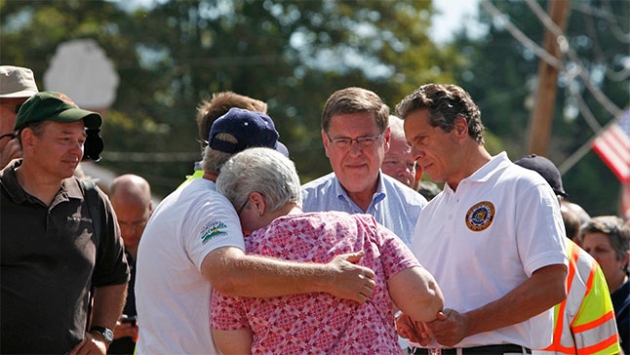 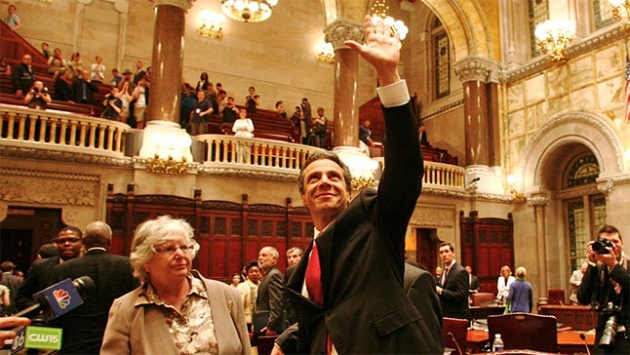 Governor Cuomo stands on the floor of the NYS Senate Chamber right after the historic passage of the marriage equality act. 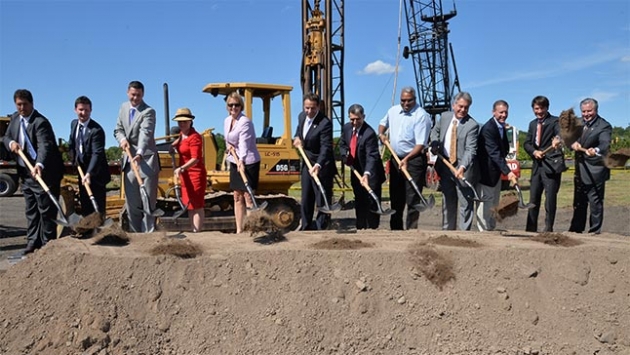 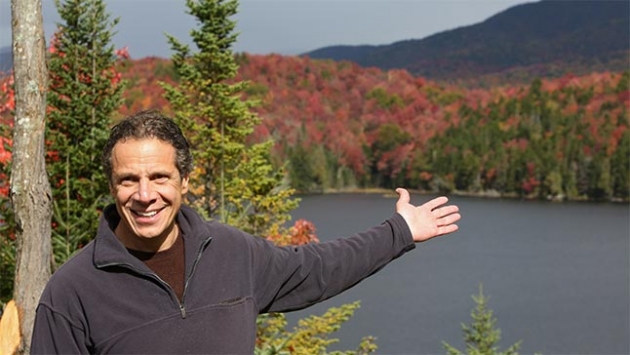 Governor Cuomo visits Boreas Ponds in the Adirondacks which is among 69,000 acres that were acquired by the state. 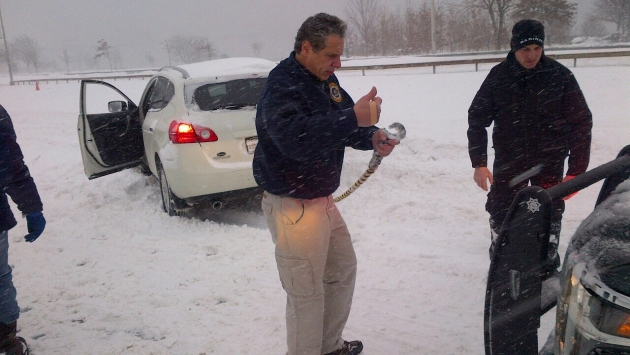 Governor Cuomo assists a stranded driver on the Cross Island Parkway on Long Island during the Blizzard of 2016. 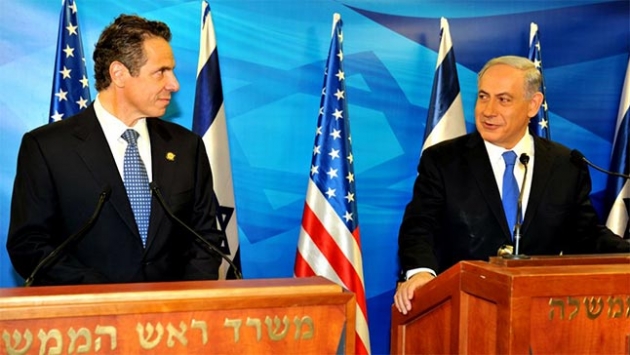 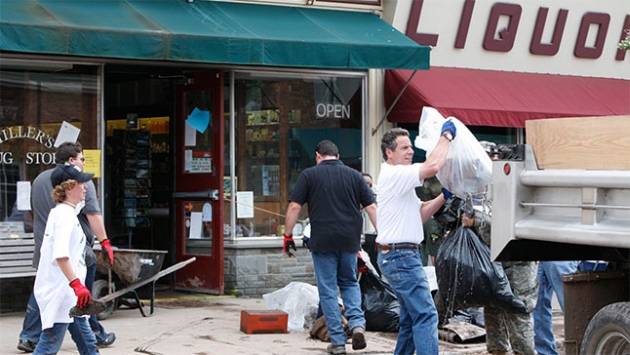 Governor Cuomo works with hundreds of volunteers to assist storm cleanup efforts through the "Labor For Your Neighbor" initiative. 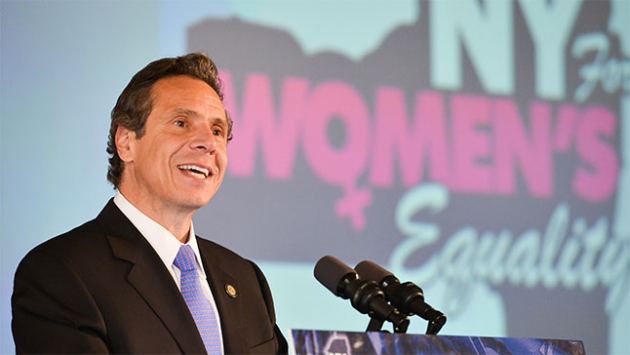 Governor Cuomo introduces the Women's Equality Act to end discrimination and inequality based on gender. 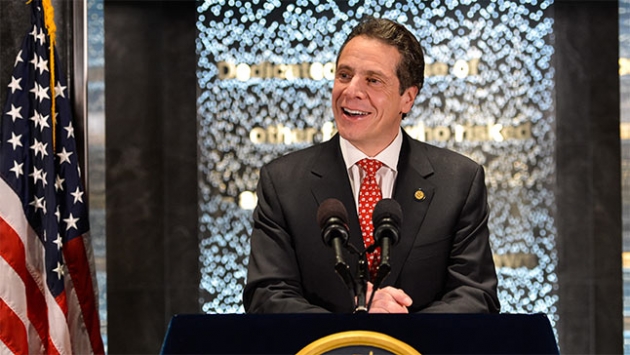 Governor Cuomo delivers remarks at the Museum of Jewish Heritage, a Living Memorial to the Holocaust.

About the Governor's Mansion
About the Lieutenant Governor